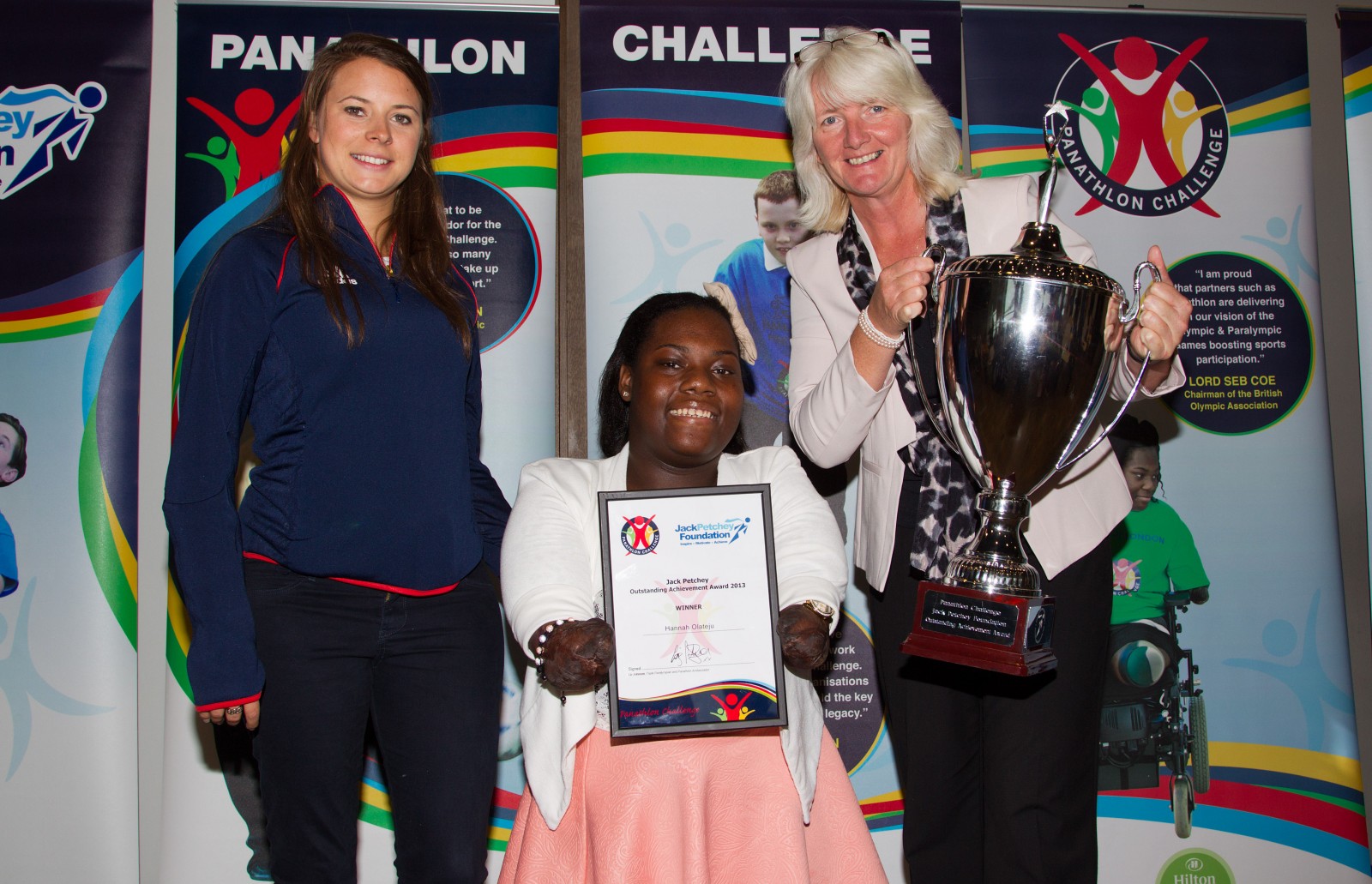 Hannah Olateju has been crowned the outstanding achiever of 2013 at Panathlon’s annual awards ceremony, held against the backdrop of the Olympic Stadium in London.

Hannah was selected from over 2,500 eligible competitors from across London and Essex, having been nominated by her teachers at Woodcote School in Coulsdon.

“Panathlon is very important because it gives kids with all sorts of disabilities the opportunity to compete at sport, to meet other people like them and to help them know that they can achieve, just like able-bodied people.”

Hannah was one of 11 disabled youngsters honoured at the awards, which also recognised the work of two Panathlon Young Leaders, selected from more than 500 youngsters trained as sports officials for Panathlon events across 16 English counties.

Panathlon ambassador Liz Johnson said: “It’s great to see so many people here that have achieved so highly. It’s proof that Panathlon’s legacy has started to work. These kids are all winners and they are all so genuinely happy to get the awards today.”

One of Panathlon’s main sponsors, the Jack Petchey Foundation has invested over £337,000 in the Challenge since 2004, part of more than £85 million donated by the Foundation towards projects that benefit young people since it was established in 1999.

Trudy Kilcullen, Chief Executive Officer for the Foundation said: “All of us have some challenges, but it’s fair to say that these children have faced more than most. However, they have proved through their efforts and their commitment that they can achieve. They fully deserve these awards and they can be very proud of them.”

The Jack Petchey Outstanding Achievement Award was first presented in 2009 and has grown in size and stature year-on-year since. This is the second time the awards have been held at John Lewis Stratford City, who donated £33,000 to Panathlon to underline its commitment to supporting the local community following the London 2012 Olympic and Paralympic Games.

“We’ve got a relationship with Panathlon borne out of the Olympics and we want it to continue for many years to come,” said Managing Director Ruth Scharvona.

“We’re here again this year celebrating these people’s achievements and to think that we were able to contribute to that is very special. Panathlon is very firmly in our hearts.”

A full set of pictures can be viewed in our Gallery