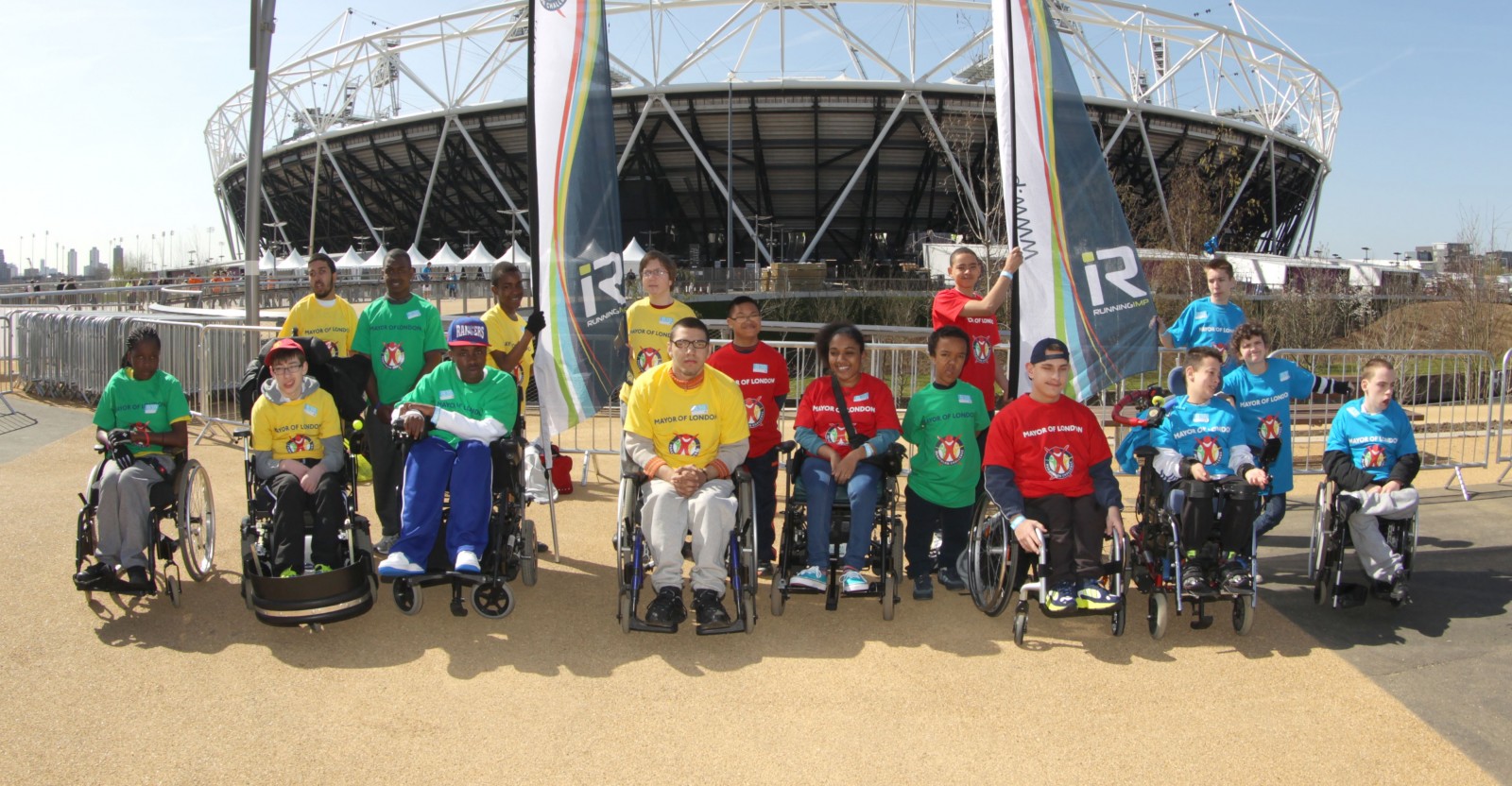 Twenty disabled children from five London boroughs enjoyed the experience of a lifetime when they competed in the ‘Mayor’s Race’ at the Gold Challenge Olympic Stadium event on Sunday.

The children have all taken part in this year’s Panathlon Challenge, which provides mini-Paralympic competition for young disabled people across every London borough and is a charity partner of the Mayor of London.

Over £250,000 has been invested in Panathlon over the last three years as part of the Mayor’s £40million 2012 Sports Legacy Programme.

Sunday’s event was staged by Gold Challenge, the UK’s only Olympic and Paralympic sport charity challenge, and featured Team GB ambassadors, celebrities and hundreds of representatives from schools and charities across the capital.

The children also took part in a special opening ceremony parade around the track, alongside 4,000 adults and other young people.

Ashley Iceton, CEO of Panathlon Challenge said: “We can’t thank Gold Challenge enough for giving the severely disabled children we work with the opportunity to compete on the Olympic and Paralympic track.

“Our Panathletes had a wonderful day and were proud to be the among the first disabled children competing in the stadium.”

The Panathlon Challenge is still ongoing, with five London boroughs set to compete in the 2012 All London final at the Westway Sports Centre, Hammersmith on June 14.

For media enquries please contact Simon Lansley on simonlansley@connectsport.co.uk or 07973 595791

About Gold Challenge: www.goldchallenge.org. Gold Challenge is an independent social enterprise and works with the British Olympic Association, Sport England, sportscotland, Sport Wales, ParalympicsGB and the National Governing Bodies of the Olympic and Paralympic sports. The organisation encourages people to take on an Olympic or Paralympic sport and raise cash for charity.

About Panathlon Foundation: www.panathlon.com. Panathlon Challenge has been delivering competitive opportunities for young disabled Londoners since 1999. It incorporates the sports of Boccia, Polybat, table cricket, new-age kurling, football and athletics, and involves disabled children aged between five and 19.

During 2012 it will invest £250,000 in sports equipment and coaching funds in 32 London boroughs. Multi-sport competitions take place between January to June 2012. Panathlon will also be working in Kent, Wiltshire, Merseyside and other cities during 2012, involving around 3,000 disabled young people in total. Panathlon is funded by Mayor of London, Jack Petchey Foundation and St. James’s Place Foundation.