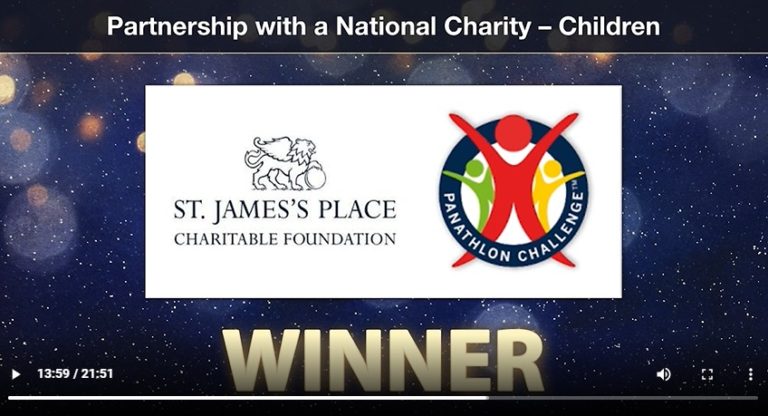 Panathlon and our partners St. James’s Place Charitable Foundation were handed the ‘Best Partnership with a National Children’s Charity’ prize at The Better Society Awards on Wednesday night (Dec 2).

As well as winning the Best Partnership award, Panathlon was also shortlisted in two other categories: National Commitment to the Community Award and the Philanthropy Award.

St. James’s Place Charitable Foundation have been supporting Panathlon since 2008 where they helped us to expand into Kent, and since then have invested over £1.5million in taking Panathlon nationwide to involve 43 English counties and North Wales.

We are delighted that St. James’s Place Charitable Foundation will be supporting Panathlon throughout 2021 to involve and benefit as many children as possible.