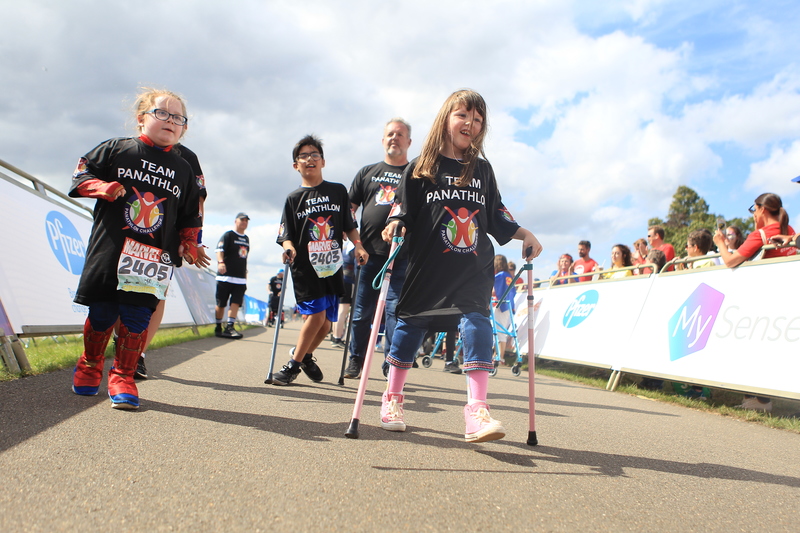 Teams of competitors arrived at the London 2012 Olympic and Paralympic venue to tackle the triathlon disciplines of swimming, cycling and running – but with a twist, as ‘side-kicks’ were able to assist and a ‘can-do’ attitude saw all forms of bikes, trikes, wheelchairs, walking sticks and frames assisting those competitors taking part. 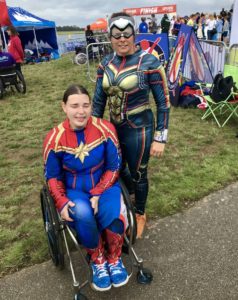 al athletes, our charity Patrons and new friends and family members all assisting to make  a competitive day, much more fun!

Our very own Freya Levy, Panathlon Events Assistant and multiple G.B. athlete, took part with our Paralympic Champion and Ambassador Liz Johnson in the celebrity race. Both are seen here, Freya aka Captain Marvel and Liz as ‘the Wasp’

Freya said: “It was fantastic to partner some wonderful young competitors in this amazing event and see the wider Panathlon family take part.”

Liz said, “Superheroes Triathlon and Panathlon are a great partnership as they mirror the same ethos, competing no matter what barriers life throws up. It is amazing to see the ‘can do’ attitude here that shines through above anything else.”

Honey Lock from the Plume School in Essex took part in both the bike and ‘run’ leg, ably assisted by her side-kick sister, Summer. Her mum, Rebecca said, “It’s wonderful that we as a family can take part and enjoy this experience together.” 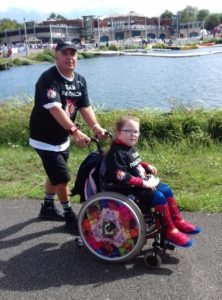 Other competitors returning from last year included Frazer Irka (pictured top left) and Charlotte Hoadley who both did incredibly well. Frazer’s dad, Colin – swam the first leg and handed over to Frazer in transition and then both of them took part in for the ‘run’ leg.

Charlotte (pictured left) took part twice! First with superstar David Wier and then as part of the Panathlon relay team.

Other friends of Panathlon participating were the Warne family, Mum and Dad, Nikki and Darren and children Ben and Oscar, who managed an amazing 400m swim, the longest he’s ever swam before.

Highlights of Superheroes will be shown on Channel 4 on Saturday 31st August.