Pupils from Merefield School won the title for Sefton having won five of the day’s 10 events, edging out 2014 champions Halton, represented by Chesnut Lodge School, who put in a consistent performance with eight podium finishes out of 10.

Wirral’s Woodchurch High School won four races on their way to third place, with Lansbury Bridge School in St Helens, who hosted the event, in fourth, ahead of two teams from Sandfield Park School, representing Liverpool and Knowsley.

The Panathlon swim programme was designed to enable disabled children to enjoy being in the water. Swimmers and non-swimmers alike take part in a series of individual and team challenges, with around one in four participants enjoying being in a pool for the first time.

Since it launched in 2013, demand for the swim programme has grown rapidly across the country, with over 1,000 swimmers taking part to date.

The third Merseyside Swim Challenge was the first Panathlon action of the new academic year and the first of a number of events to take place on Merseyside in 2015/16.

On 3rd December, eight teams will compete in an indoor 5-a-side deaf football competition – run by England deaf cricketer James Dixon – at Greenbank Sports Academy, which will also be the venue for Primary Panathlon and secondary multi-sport events in March.

Panathlon coaching will take place across all Merseyside boroughs ahead of these March competitions, while the borough of Wirral will also be holding their own Panathlon at Clare Mount High School – a Projectability school – in January.

Panathlon Chief Operating Officer Tony Waymouth said: “Offering competitive sporting opportunity is so important for personal development and it’s vital that young disabled people get the same chances as other school children to experience the thrill of competition.

“It’s great to work on Merseyside, with Greenbank Sports Academy, who ensure that there are a wide range of sporting opportunities available for local disabled children in lots of different sports.” 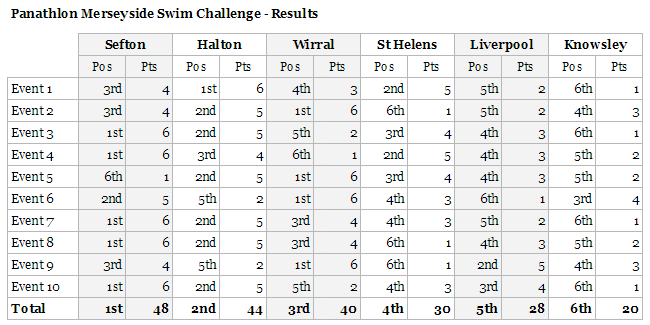