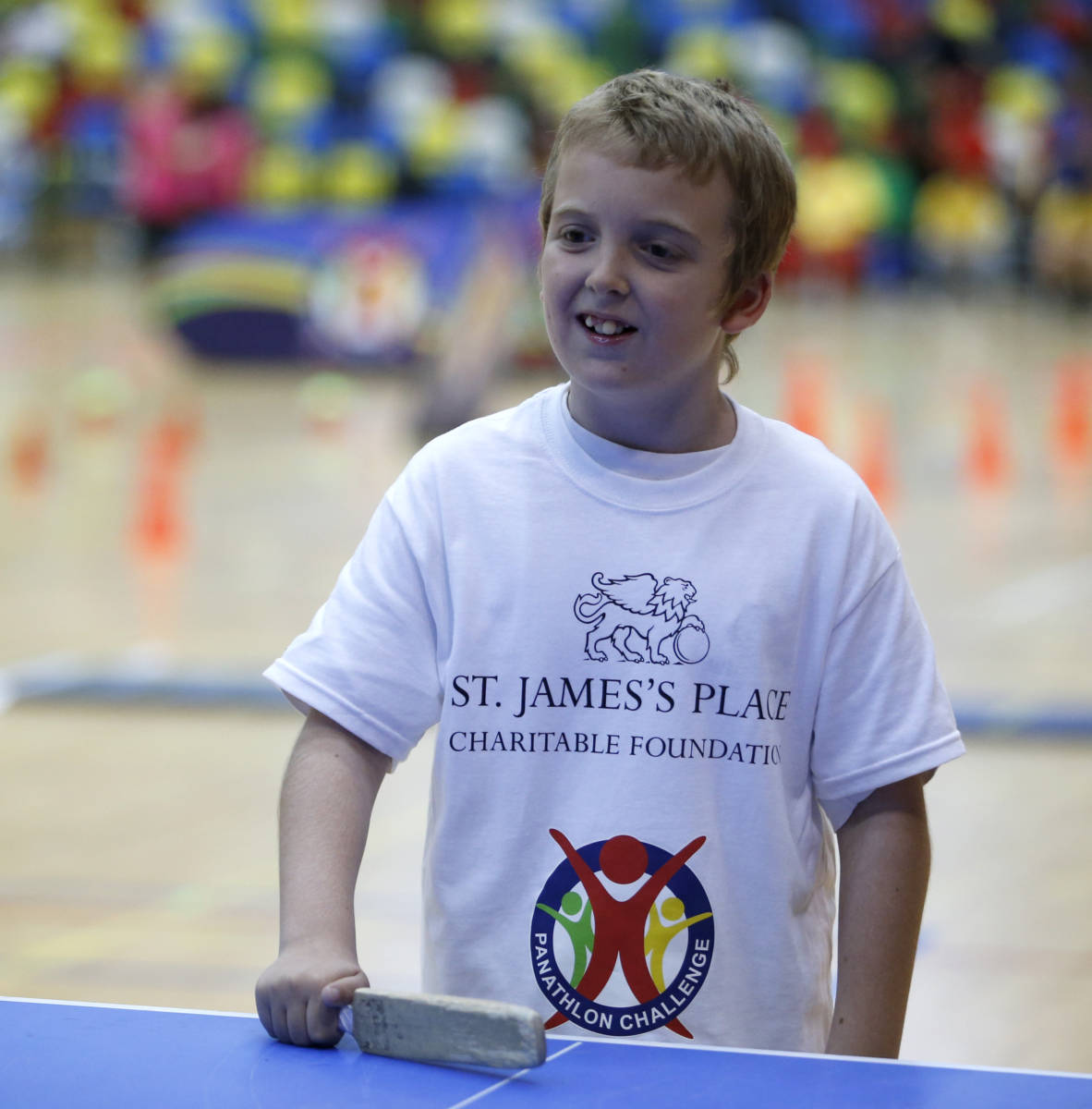 It was with great satisfaction and pride that Catherine Ind, Head of the St. James’s Place Charitable Foundation, surveyed the scene of 200 students with disabilities and special needs competing across the Copper Box Arena on Wednesday.

The London 2012 venue hosted Panathlon’s showpiece London Multisport Final, featuring the crème de la crème of young disabled athletes from across the capital, who had fought through regional qualifying rounds to reach the season’s finale.

The event would not be possible were it not for the long-term support of Panathlon’s funders, the St. James’s Place Charitable Foundation. Our partnership dates back 10 years and the Foundation has been responsible for much of our growth outside of London, which now sees us stage competitions in nearly every county in England. 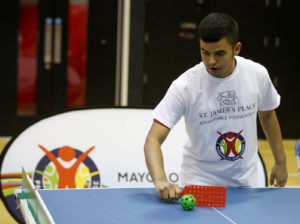 Having been so integral to our success, so it was an experience to treasure for Catherine to see the impact of their investment first-hand at the Copper Box Arena.

“Historically the Foundation has wanted to help smaller charities make a transformational difference. Over the years we’ve seen Panathlon go from strength to strength and make precisely that difference,” said Catherine.

“The many personal stories we’ve heard over the years from Panathlon competitors about the impact it’s made on their lives are fantastic.

“One of the things I often look at on the Panathlon website are the photographs from the competitions. Each one tells a story. I just love them – that joy and excitement is really brought to life. It just makes such a difference.” 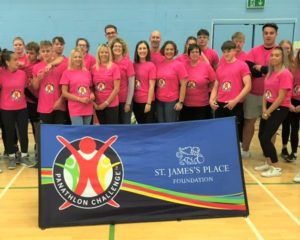 Staff from St. James’s Place have volunteered as leaders at numerous Panathlon competitions in recent years, with several in the last fortnight alone including an event in Gloucester the day after the London Final (pictured left).

One of our award-winning competitors, Georgina Hart from Dagenham, even presented to 5,000 staff at the St. James’s Place annual company meeting at the 02 Arena about the impact Panathlon had had on her life. See here.

Catherine (pictured below with winners of the London Plate Final from Waltham Forest) says this sort of deeper involvement between funder and charity is priceless.

“That our own SJP community can take part and get involved in these events is superb,” she said. “It then becomes very real and is a huge motivating factor for our own community to raise more money and continue to help them.

“There is that engagement in a wider sense so it’s not just about handing over a grant. That’s why we like Panathlon because it’s a multi-level partnership.” 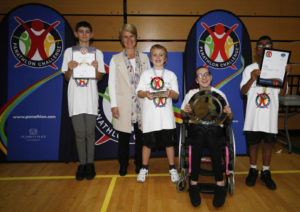 As the closing athletics races took place in the London Multisport Final, Catherine reflected on the human impact on each individual young Panathlete.

“There’s a buzz across the whole arena comes from the chance these children are getting to take part in something huge as an individual and in their teams. It’s something they wouldn’t necessarily be able to do normally and gives them a wonderful sense of achievement.

“Were it not for an organisation like Panathlon, these kids would have been denied this experience. It’s breaking down the barriers to opportunity and giving them a focus and something to be proud of.”