The transformation of Red Oak Primary School in Lowestoft has centred around getting pupils active and enjoying school life – and Panathlon has played a big role in its radical turnaround.

When current headteacher Heather Madsen first joined the school, she found teaching and behaviour “in a sorry state”. Situated in a part of the Suffolk town which is in the bottom five per cent for deprivation, many Red Oak pupils didn’t have proper uniform and lacked motivation and aspiration.  Mrs Madsen decided to imbue the school with a system of values based on sport.

Panathlon soon offered to sponsor these local competitions, providing medals, trophies, t-shirts and equipment. They also organised training for Young Leaders from other schools within the Trust.

Funding from ScottishPower enabled Panathlon to sponsor a competition between schools in the Trust in July and another one last week (11 November), which was officiated by trained Young Leaders from Read Oak in Year 6. A third event for Key Stage 1 students is set for January 2020. Local Suffolk sponsors the Emma Holloway Foundation have been a huge help in supporting these events. 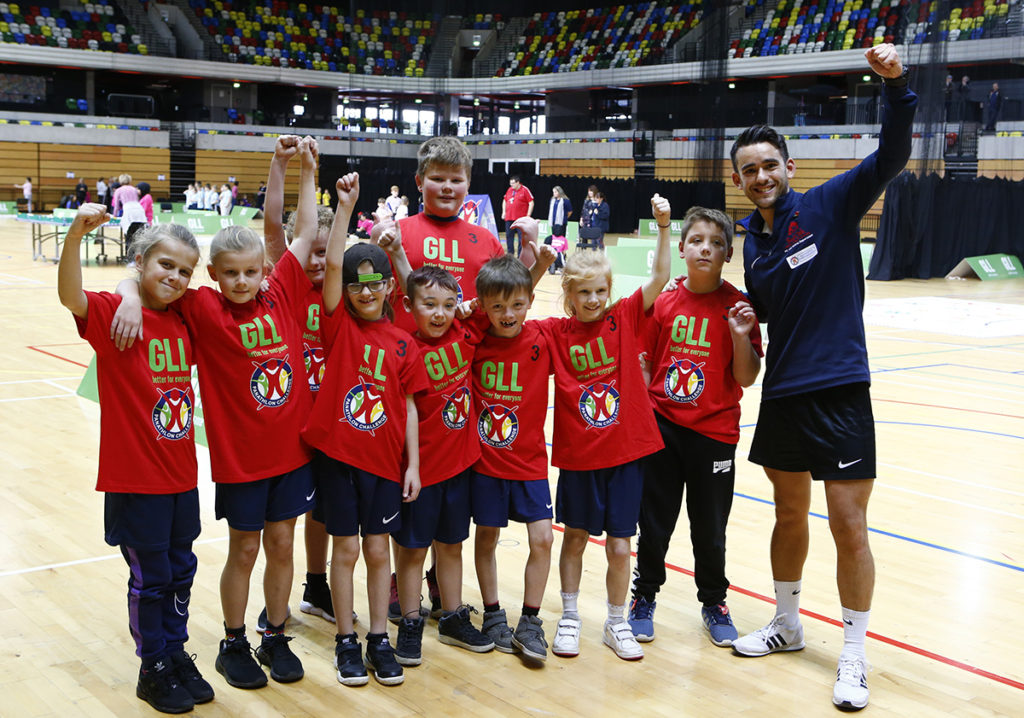 Red Oak have completely immersed themselves in the ethos of Panathlon. They run lunchtime and after-school clubs using Panathlon equipment and sports, have entered our swimming competitions, and have organised and hosted competitions for Key Stage 1 and 2 pupils from surrounding schools in the Active Learning Trust.

“No doubt about it, it’s had a massive impact,” said Mr Lee, who in November took the Red Oak team to the Panathlon National Primary Final at the Copper Box Arena for the second year in a row.

“When I took over as PE coordinator, we were always finishing near the bottom in tournaments and wanted to become more of a sporty school. We brought in lots of after-school clubs and gradually started to find success but were still missing that element of inclusion.

“The school identified groups of children in every year group who would benefit from weekly Panathlon intervention sessions, where they could develop their coordination, teamwork skills, sportsmanship and social skills, as well as enhance their values of self-confidence and self-pride, thus developing both their physical skills and boosting their mental health. We then started entering lots of Panathlon events.

“Four years later, we’re running competitions ourselves, we’ve got A and B teams in many events, we’ve got a swimming team and we’re entering and organising ten-pin bowling. In six years, we’ve gone from nothing to all of that. The children just love it.”

The school are proud to say that 100% of children attend extra-curricular lunchtime and afterschool sports clubs. Of their 500 students, 76% now take part in competitive sport.

“Panathlon has been huge in that because of their inclusive sports that allow everyone to get involved,” said Mr Lee. “It’s had a knock-on effect of improving the wellbeing, self-pride and self-esteem of our students.”

In the last three years 90 Red Oak pupils with disabilities, special needs and additional needs have taken part in Panathlon intervention sessions and competitions, and many more have also benefited across the local trust. The school has so far organised three Panathlon Challenge competitions, attended by 170  children with additional needs and led by 40 Young Leaders.

“It’s really helped inclusive sport grow throughout North Suffolk and provided a lot more competitive opportunities for children to take part,” added Mr Lee. “In our sports cabinet we’ve got eight Panathlon trophies and the children are so proud of them. Our whole school are aware of its significance. We all love it.”

The school’s hugely impressive success in placing sport at the heart of its ethos and turning around performance levels have been highlighted as examples of ‘best practice’ by the Parliamentary Review. You can read the report here.