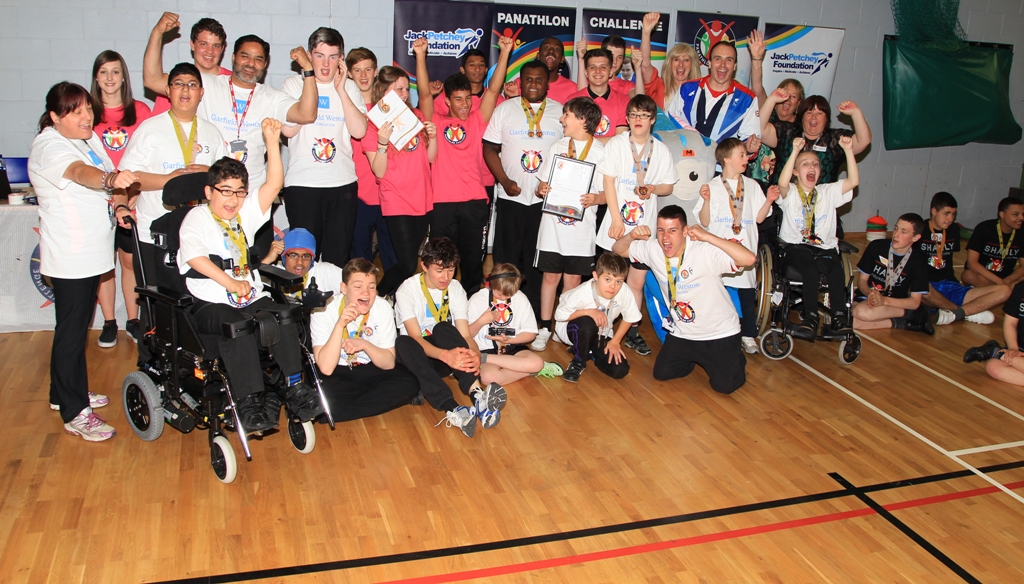 146 competitors from 14 Schools in 6 different Counties took part in a major Panathlon Challenge, at the birthplace of the Paralympic movement, Stoke Mandeville.

Teams from Bucks, Berks, Herts, Northants, Wiltshire and Oxfordshire took part in two separate competitions, involving 6 sports. We were also privileged to have triple Paralympian Graham Edmunds in attendance and also Freya Levy, GB wheelchair basketball squad member. Graham and Freya were there to inspire the competitors and award Panathlon medals to all the winners.

Our official London 2012 Mascots, Wenlock and Mandeville were also present to enjoy the action. Wendy and Mandy spent the summer of London 2012 in the Olympic Park at our Partner John Lewis’s, who kindly asked us to find them a new home after the Games ended. Since then they have been on tour at all the Panathlon venues around the country, meeting the competitors in many different places. Today they went back to Mandy’s spiritual home where the Paralympic movement began; Stoke Mandeville. See pic here of some of competitors with Mandeville at the entrance to the Stadium, with Mandy in the centre. 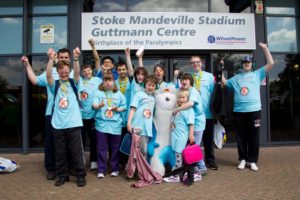 In one half of the draw we had a battle between Arbourvale School in Berkshire and the Northamptonshire Team made up from Billing Brook and Corby Business Academy. They traded wins between them, Northants winning Table Cricket, Polybat and Field Athletics, and Berkshire winning Kurling and the Athletics Races, meaing that both teams finished on 52 points, with Northants edging the win on ‘countback’ with the number of first places. Oxfordshire made up of Fitzwaryn and Mabel Pritchard schools came 3rd with 36 points and Wiltshire (Brimble Hill and Uplands) came 4th with 28 points. A full set of results if you click here.

In the other half of the competition, another tight battle between Addington School from Berkshire and the joint Berks and Bucks Team made up from Stony Dean and Manor Green schools. Again both went neck to neck and ended up on joint scores of 48 points, again only separated on ‘countback’, this time with Berks and Bucks joint team edging it from Berks. In 3rd place was Amwell View School from Herts and in 4th was Heritage House Schoos from Bucks. Full breakdown of the scores here.

Our Leaders were from King Alfreds Academy in Wantage, and fom Sir Herbert Leon Academy in Milton Keynes, and both groups did a tremendous job! Thank you!