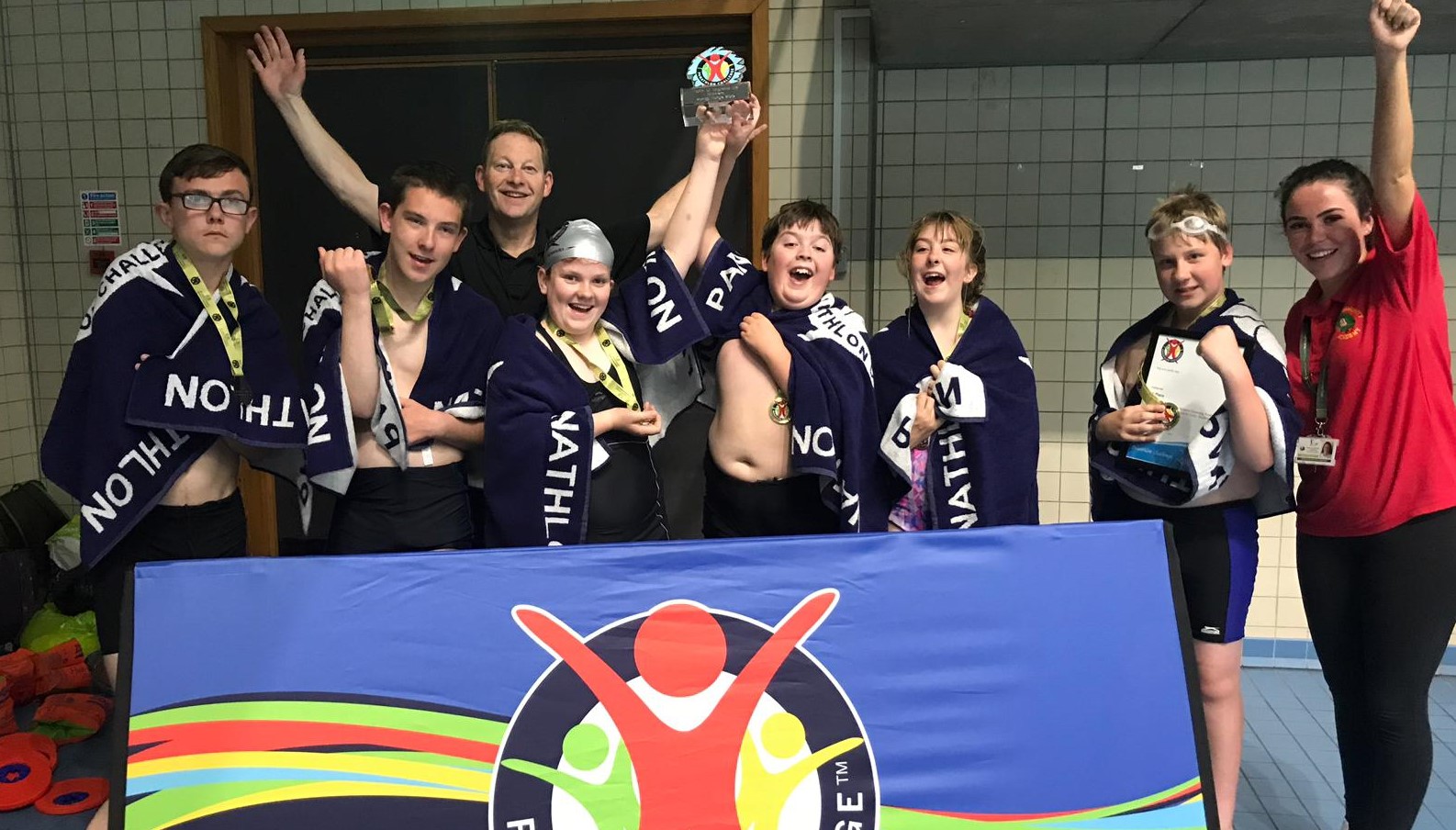 Park Academy from Blackpool regained their Panathlon U14 Northern Swimming title at Ponds Forge in Sheffield – and in doing so booked their tickets to London’s Olympic Park in November.

The Lancastrian school puts great effort into training for Panathlon events and once again showed their dedication by travelling to Sheffield the night before and putting their six-strong team up in the Hilton Hotel.

Their preparation paid off handsomely with a final score of 67, winning eight out of the 10 races and coming second in the other two. Doncaster Deaf Trust (56) had to make do with second place and St Catherine’s School in Sheffield finished with bronze medals on 50 points.

Victory for Park Academy – regaining the Northern title they last won in 2017 – earns them another shot at the Panathlon National U14 Swimming title at the Aquatics Centre at the London Olympic Park later this year. There, they will hope to improve on last year’s fifth-placed finish.

“These are just fantastic days for our pupils,” said PE co-ordinator Stuart Johnson. “Don’t tell me they look back in years to come and remember the day they learned to use a comma properly! These are the days they remember. It’s wonderful.”

Apprentice teaching assistant Miss Mason added: “It’s a really fantastic opportunity for them. It’s just brilliant for the other children in the school to see what these guys are achieving and it makes them aspire to similar things when they get older. It gives these guys a real sense of pride when they return to school and show off their medals and trophies.”

Park student Jed Dawes, 12, who swims with local charity Blackpool Polar Bears, said: “It’s been pretty ace. It’s so fun and I want to do more. I want to travel the world and be a swimmer. My ambition is to be in the Olympics. I feel proud and swimming in the Olympic pool is going to be so cool.” 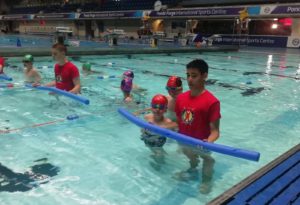 Second-placed Doncaster Deaf Trust, who were crowned our South Yorkshire swim champions at Ponds Forge in March, were impressed by the level of competition on show.

“The difficulty level was higher today so it was more challenging for the children,” said Head of PE, Rebecah Taylor. “It gives them confidence and helps them to understand what it feels like to be in a proper competition and it’s great for teamwork, which is so important for deaf children.

“I like Panathlon because it’s a fantastic organisation and the communication is brilliant. Everything always runs really smoothly.”

Third-placed St Catherine’s Primary’s team once again featured Sheffield Young Athlete of the Year, Cole Stansfield, who was supported by his grandad Andy Wilson and a legion of family and supporters in the top stand of Ponds Forge. It was his final Panathlon event before he moves up to high school next September.

Cole’s St. Catherine’s team-mate, 10-year-old George Hinn, also a veteran of five Panathlon competitions, said: “I love it! Swimming is a great way to express yourself. I am going to put my medal up in a cabinet and my mum and dad will be really proud.”

Kings Mill School, who finished sixth, were successful in the treasure hunt race, winning sets of Ducks for Change – kindly donated by the DM Thomas Foundation for Young People. 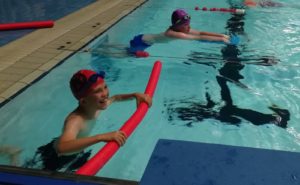 Andy Watts, their PE and sport co-ordinator at the school in Driffield, East Yorkshire, said: “It’s absolutely fantastic here. It’s so inclusive. Our kids have got a real range of ability and this involves them all.

“Some of these children have never represented the school in mainstream swimming or any sport, because they’re not the fastest. But this incorporates teamwork, a range of skills and it’s fun. They’re so proud when they go back to school. They go straight to see the Head and they show her all their medals, parents come in for ‘Praise Assembly’ and it’s a lovely celebration.”

Heritage Park, who finished just off the podium in fourth, is a school for children with social, emotional and mental health issues such as autism, ADHD and ODD.

Teacher Megan Garwell explains: “It often makes it difficult for them to follow rules and it’s tricky for their attention spans. Waiting around and taking turns is difficult. But the format of Panathlons is all very quick and structured they love it. There’s no waiting around and they all know what to expect because we’ve been many times before.

“Above all what they take away from it is fun and enjoyment, but also a bit of pride. They love going back with their medals and certificates and saying, ‘this is our swimming team’ and all the other kids are really happy for them.” 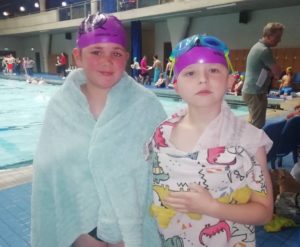 Eight-year-old Blossom Harrison (pictured on the left) from fifth-placed Bempton School, near Bridlington, said: “I love it because you come here and it’s all about the teamwork, enjoying it and having fun. It makes me feel good because it’s something that I’ve achieved which makes me feel proud. I will put my medals on my windowsill in my bedroom so people know I’ve won it and am proud.”

The day’s Young Leaders came from New College in Pontefract, West Yorkshire, and their Head of Sports Enrichment, Andrew Green, revealed the students had a very special reason to impress with their interaction with the young competitors.

“This is a big carrot for them because I’ve got 28 places available to go to Malta, all expenses paid, on work experience for 17 days, working with children in schools. I’ve been watching to see who impresses, is able to empathise with the children and show off their skills.

“It gives them confidence and makes them realise that there are children less fortunate than themselves. They get a lot of benefit from it because they feel they’re doing something good and helping children improve their skills. It really widens their life experience.”