Danny became Panathlon’s first sporting patron in 2009. Since then, has visited many competitions, but his first taste of Panathlon was way back in 2003 at the Eastway Sports Centre in East London, which was later demolished to make way for the Olympic Velodrome.

This was the year before Danny won gold in Athens in the 800m in the 2004 Paralympic Games. 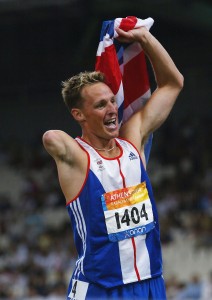 On top of his sporting success, Danny has hosted his own BBC radio show and was the face of Channel 4’s athletics coverage at the London 2012 Paralympic Games, so he knows everything there is to know about disability sport and is an ideal ‘champion’ for the Panathlon cause… in more ways than one!

Danny, who was flagbearer for Team GB at the opening ceremony of the Beijing Paralympic Games in 2008, said: “I  am delighted to support Panathlon and its great work with young disabled people, giving them such incredible sporting opportunities in a competitive environment.

“The Panathlon Challenge offers something for everyone, whether they come along to try out a new sport, or have dreams of one day representing Great Britain in the Paralympics.”

In May 2022, Danny led the 33-strong Panathlon team at RideLondon, a 100-mile cycling challenge starting and ending in London and snaking around the Essex countryside.

Watch Danny introducing Sky Sports’ highlights of Panathlon in the video above. You can also check out his website at dannycrates.co.uk.

Danny was also part of Team Panathlon in the London Triathlon in August 2014 and 2015 (picture above). Hear what he has to say about the day in our highlights video below.