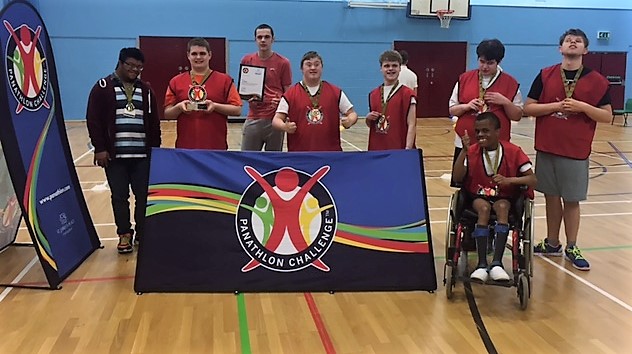 After 6 years of trying across, Panathlon Challenge’s, Primary Panathlon’s, Boccia and Swimming competitions, the Panathlon’s latest programme; the Post 16 Multisport, saw Columbus snatch the winner’s trophy on a countback from  Clacton’s Shorefields.

Both teams finished on 52 points, however Columbus has secured 3 victories to Shorefields 2 across the 6 sports contested.

It was equally close for third, with a tiebreak separating Doucecroft of Colchester from Treetops of Thurrock, with both teams finishing on 32 points however, Doucecroft took third due to its win in the Table Cricket. 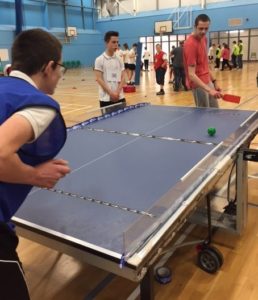 This first ever Post 16 event  saw 43 children participate, with 36 of them having never competed in a Panathlon event before. This engagement of new participants and having other participants from previous younger age Panathlon’s, is exactly the group the Post 16 event was aimed at.

Cherie Lashmar, Columbus, Head of PE said, “We are so excited to have finally won a Panathlon event after so many years of trying. It is great for this group to have been able to take part but now with them winning it only increases the importance of this new event.”

Gabriel Ellis, captain of the Columbus team said, “It feels like heaven, this is what pure enjoyment feels like, It being Columbus’s first every victory just makes it that more sweet.”

Vicky Beales, Head of Sport at second placed Shorefields knew it was down to the wire and was extremely pleased with her team’s efforts. “It was great for this age group to come out to an external event, they have exceeded their expectations and being so close to winning has raised their confidence.”

Vicky also emphasized how great this format was with all children in 3 separate teams, competing against everyone in at least 3 sports. “It was excellent for the children to be involved throughout the day.”

Some more photos if you click the picture here.