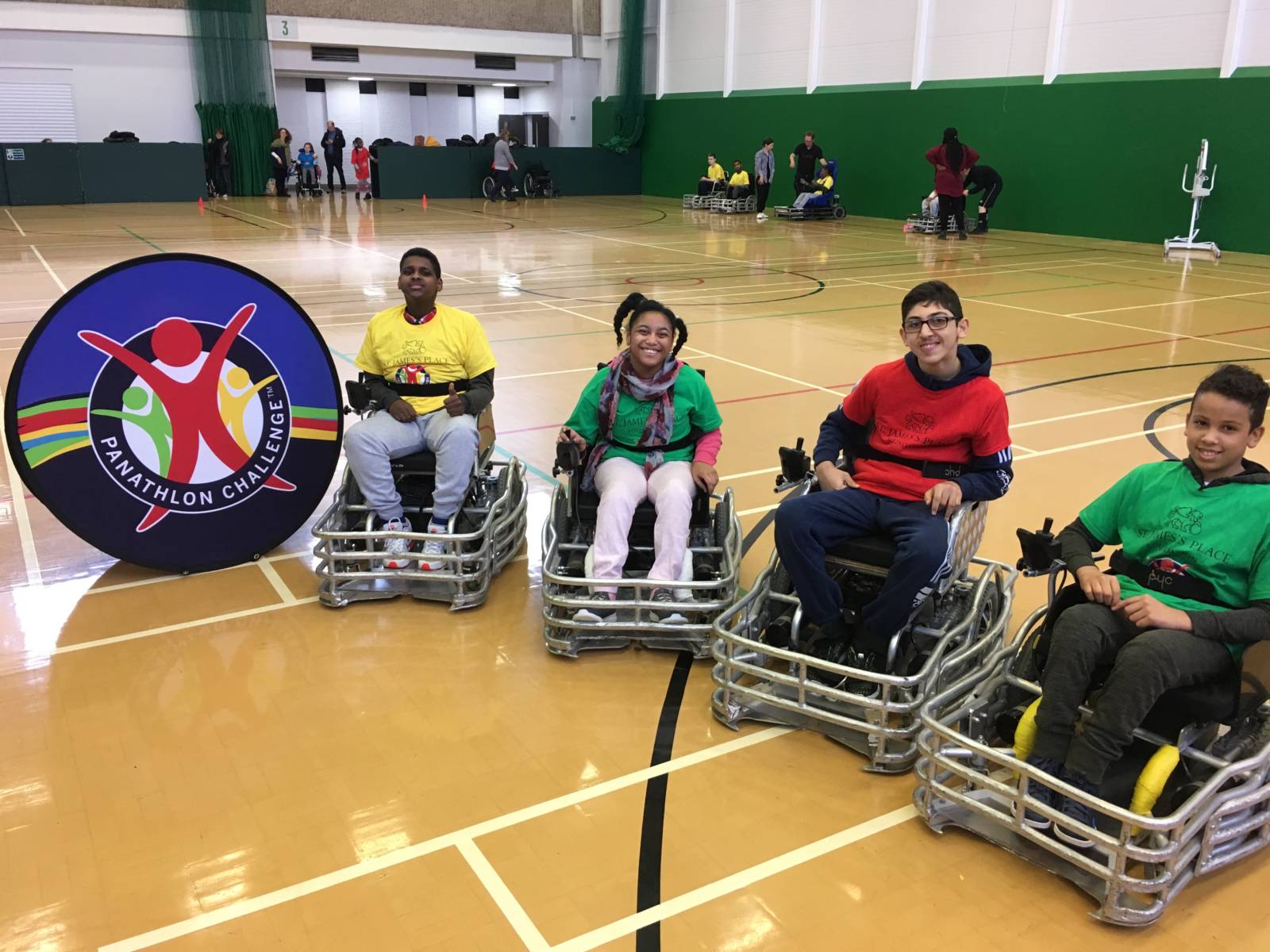 Richard Cloudesley’s Primary and Secondary pupils, Hasmonean, Burntwood and The Vale Schools pupils came together for the North event, while Coopers, Marjory McClure and Jo Richardson Community pupils formulated teams in the South.

Danielle Weems, a teacher at Richard Cloudesley said, “These days are brilliant for our students. I was able to bring some younger pupils this year to try and encourage them down the same path as our older students who have become really skilful.”

The South London competition on the 15th March was held at Coopers School in Bromley. Marjory McClure took gold and were unbeaten throughout the tournament. 8 goals from star striker Jack S proved too strong for the other teams, with Coopers Yellows finishing 2nd, Jo Richardson taking 3rd Coopers Blue finishing 4th.

The powerchairs themselves are supplied by Greenbank Academy in Merseyside and allow for 2 teams of 4 students to compete safely in a full contact environment. Thanks to the sturdy but lightweight aluminium cages built around the outside of the chair, students are able to tackle by crashing against the opponents’ chairs and also dribble the ball using the funnel zone at the front of the chair.

Panathlon’s partnership with Greenbank Academy has seen for over the last 4 years, the sport develop across London schools engaging each year new and returnee students.

Abdi from Richard Cloudesley School has been involved since the first London competition and his improvement in the sport has been startling. He said “I love these days- the contact element is great and it’s good fun playing a sport like this with my friends.”

Tony Millard, Headteacher at The Vale School who were new this year to the sport commented, “Our kids were buzzing on their return to school. It was a really liberating experience for them. They got to be fast and aggressive in a way they can’t on their feet or in their wheelchairs.”

The winners and second places from both tournaments will now progress to the London Final where they will pit themselves against one another in this fast paced and thrilling sport.

Some more photos from the two days can be seen here