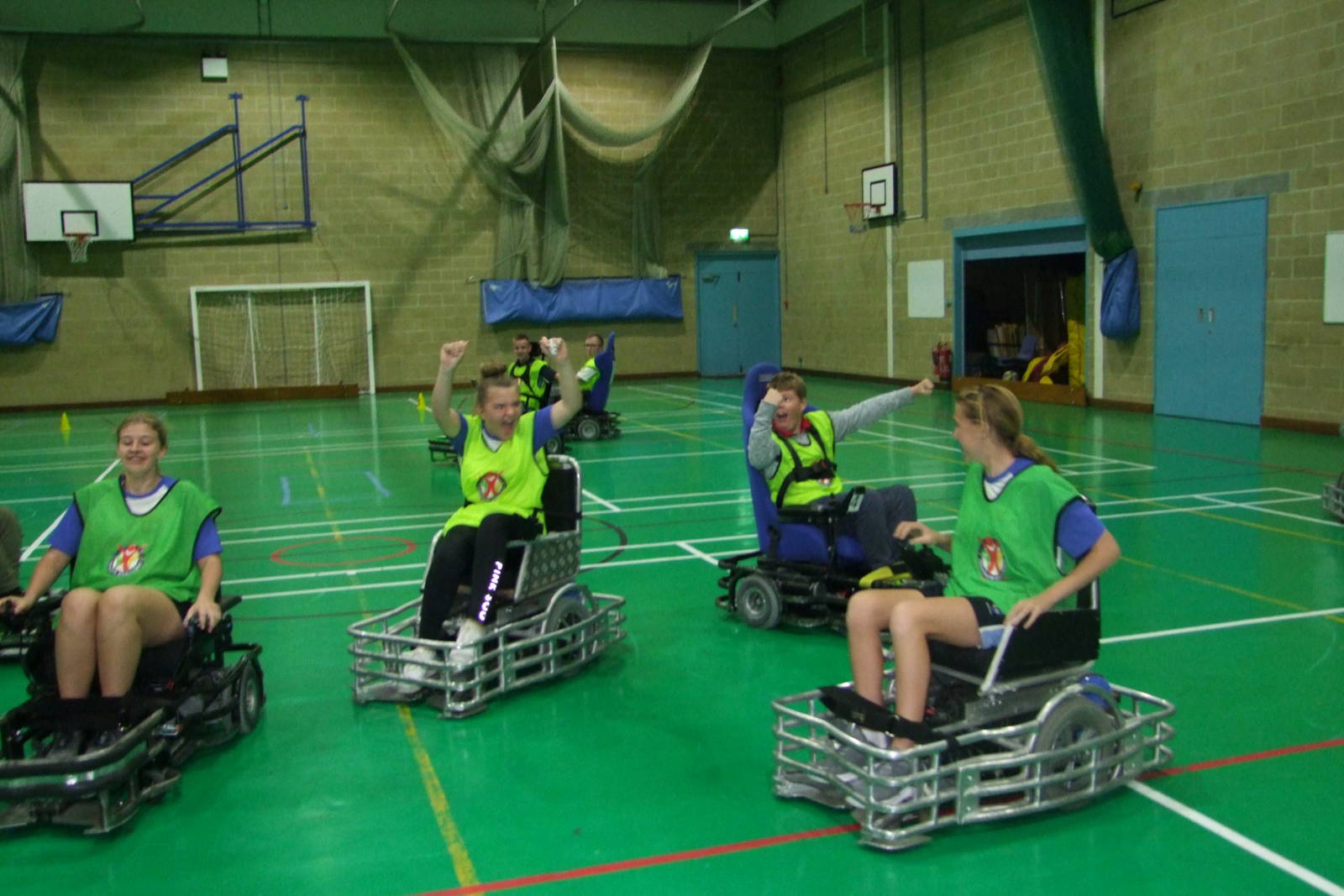 Burntwood and The Vale Schools pupils came together for the North event, while Coopers School and Marjory McClure pupils formed teams in the South.

Duke Aldridge Academy and The Vale School hosted this year’s North London Championships, where Burntwood Secondary School topped their third place finish at last year’s event by taking home gold and were crowned champions ahead of The Vale, who secured silver and bronze with a joint Burntwood and Vale team finishing a respectable fourth. 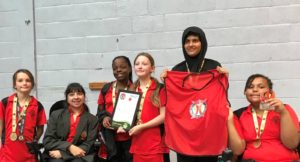 Simar, a student at Vale School, silver medallist on the day and top scorer for his team, said: “It was amazing, I felt like I was driving a Lambo car!” Team-mate Lashawn said: “I enjoyed it because it was challenging.” 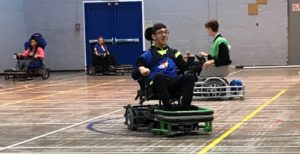 Tuesday’s South London competition was held at Coopers School in Bromley and saw teams made up of students at both Marjory McClure and Coopers School. Each team was named after Paralympic GB athletes who are also Powerchair users. 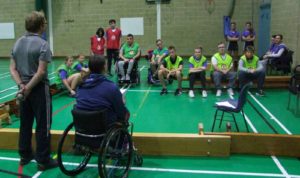 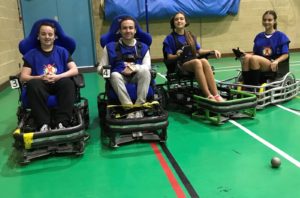 Team Sophie Christiansen took gold and were unbeaten throughout the tournament with three wins and a 5-1 victory against Team David Smith who took the bronze medal on goal difference over Team Miller. 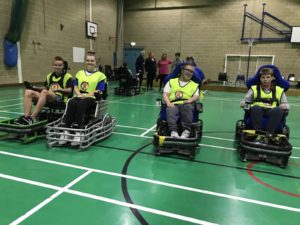 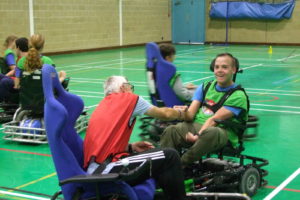 ut of their five goals, one of which against his teacher Guy Wilkins who stepped in for Team Stephen Miller in their final game of the day.

Jamie Brown’s silver medal is the latest on a long list of trophies and awards the 18-year-old has accumulated, having won the Sporting Achievement award at the London Children of Courage awards last May. He’s a rising star in the boccia community, having competed at the Lord’s Taverners Boccia Championships. He also came sixth in the national Heathcote Cup.

He was part of the winning Croydon team at the showpiece Panathlon London Final in 2015 and had the honour of reading the Panathlon oath at the Copper Box Arena for the 2017 London Multisport Finals!

The powerchairs themselves are supplied by Greenbank Academy in Merseyside and allow two teams of four students to compete safely in a full-contact environment. Thanks to the sturdy but lightweight aluminium cage 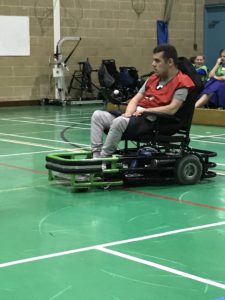 s built around the outside of the chair, students are able to tackle by crashing against the opponents’ chairs and also dribble the ball using the funnel zone at the front of the chair.

New for this year, the chairs featured a shooting mechanism, with an air compressor shooting out a bar to propel the ball even further and faster!

Jay, student at Marjorie McClure School and part of Team Miller (pictured right) said: “I’m having a great time. It’s about the taking part, that’s what counts. And I can go really fast in these chairs, lots faster than in my own.”

Panathlon’s partnership with Greenbank Academy over the last five years has seen the sport develop across London schools engaging new and returning students each year.

Photos from the two days can be seen here