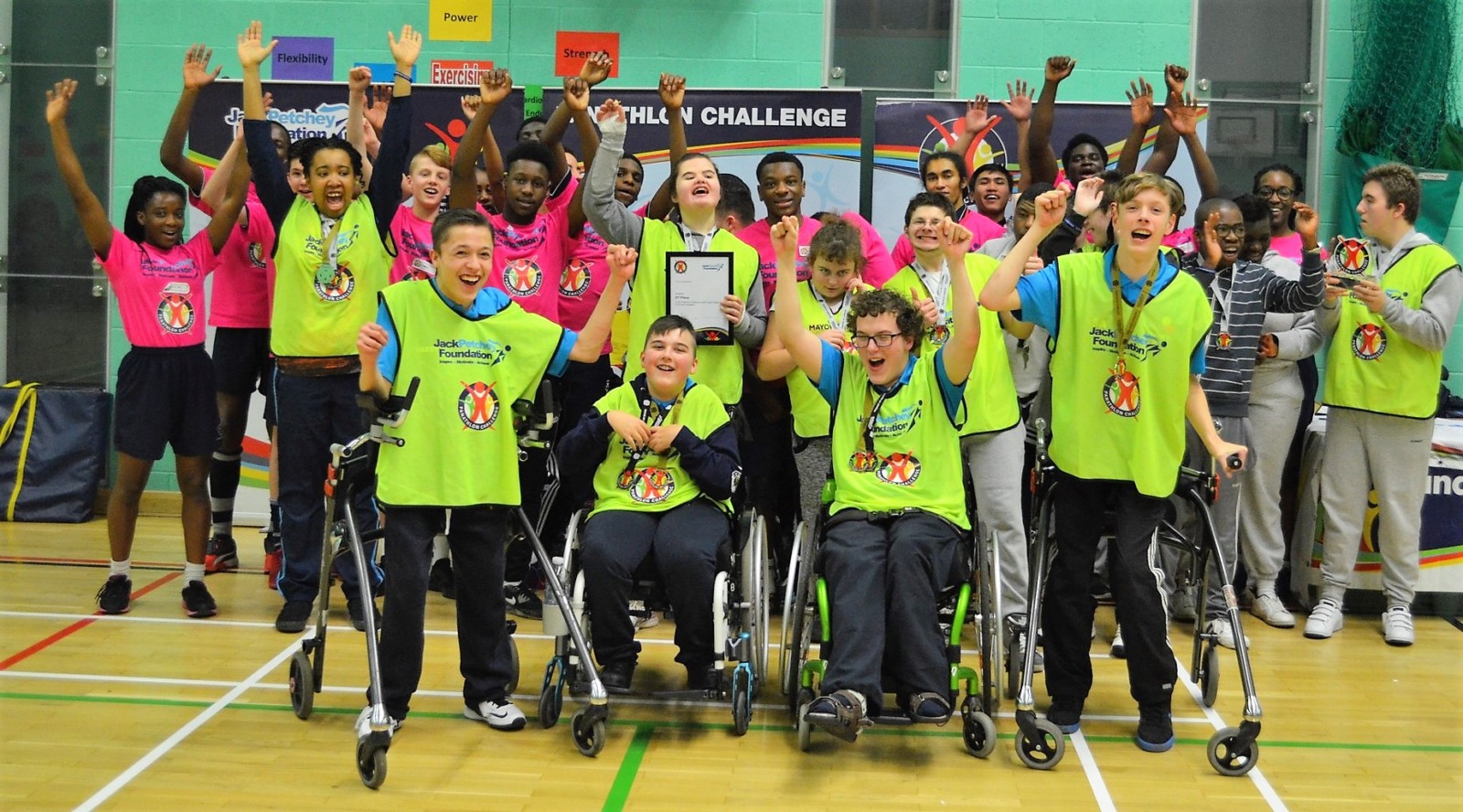 The starting gun has been fired in the race to reach the 2017 Panathlon London Multisport Finals at the Queen Elizabeth Olympic Park in June.

Throughout the past month 422 competitors from 52 schools in the 20 London boroughs have taken part in five qualifying rounds for the showpiece event, which takes place at the Copper Box Arena on Thursday 15th June.

The state-of-the-art venue will see approximately 200 children from 20+ schools competing for both the Plate and Champions titles, having progressed through two regional qualifying competitions, where they participate in a variety of sports, including boccia, football, polybat, table cricket, new-age kurling, field events and athletics races.

They will be aiming to follow in the footsteps of reigning champions Barking and Dagenham, who also won the South of England title in 2016.

Barking and Dagenham began the defence of their trophy in fine style, producing a strong performance to win the East London qualifier on 11th January by 10 points ahead of Redbridge at Frenford Clubs. Click here for a full picture gallery.

Danielle Hawkins, Barking and Dagenham’s team manager, said: “The students are ecstatic about getting through to the next round. They are putting in lots of effort with their training. They all came back to school proud, but with elements they wish to work on in order to give themselves the best chance of success in the later rounds.”

Elaine Burgess, partnership development manager for the borough, added: “We really value the Panathlon Challenge in the borough. Students from seven secondary schools make up the team. It is one of the most important events that we take part in every year. It’s a fantastic experience for all the children and year-on-year we strive to get better.”

Enfield won the North-East London qualifier at Hendon Leisure Centre, also finishing 10 points ahead of the second-placed team, in this case Haringey, and only dropping points in the table cricket as they triumphed in all five of the other disciplines. Their boccia and polybat teams were particularly impressive, remaining undefeated on the day. Click here for a full picture gallery.

Two Enfield competitors, Courtney Flack and Tommy Osbourne, commented: “It was great to win our round and be part of a big team environment. We look forward to the next round and trying to make finals day at the Copperbox.”

Hammersmith and Fulham won the North-West qualifier in a close contest with Brent at Quintin Kynaston Academy, with only four points separating the two boroughs. Both teams notched three victories, but Hammersmith and Fulham’s consistency saw them secure two second places and a total of 52 points. Brent’s table cricket proved their Achilles heel. Click here for a full picture gallery.

There was an even closer contest in the South London qualifier at St Paul’s Academy, where Bexley (pictured above in green) and Bromley tied for first place ahead of Greenwich, Kensington and Chelsea. This was one of Bexley’s best Panathlon performances, but Bromley (pictured above in blue) triumphed on the countback rule. Click here for a full picture gallery.

Marjorie McClure PE teacher Guy Wilkins said: “The pupils that we brought today had not done Panathlon before. They have surprised me and themselves. Panathlon has really brought out the competitive instincts they may not have known they had.”

The West qualifying round – at Featherstone High School – also produced a thrilling finish, with Hillingdon edging out Hounslow by four points. Both teams chalked up three wins, but Hillingdon claimed three second places to amass 54 points. Click here for a full picture gallery.

In the five competition days to date 99 Young Leaders have been trained and used to officiate at the events.

All winners and runners-up now go forward to their Area Champions Finals in March on the dates and venues listed below:

For full results of the above qualifying rounds, please click here.