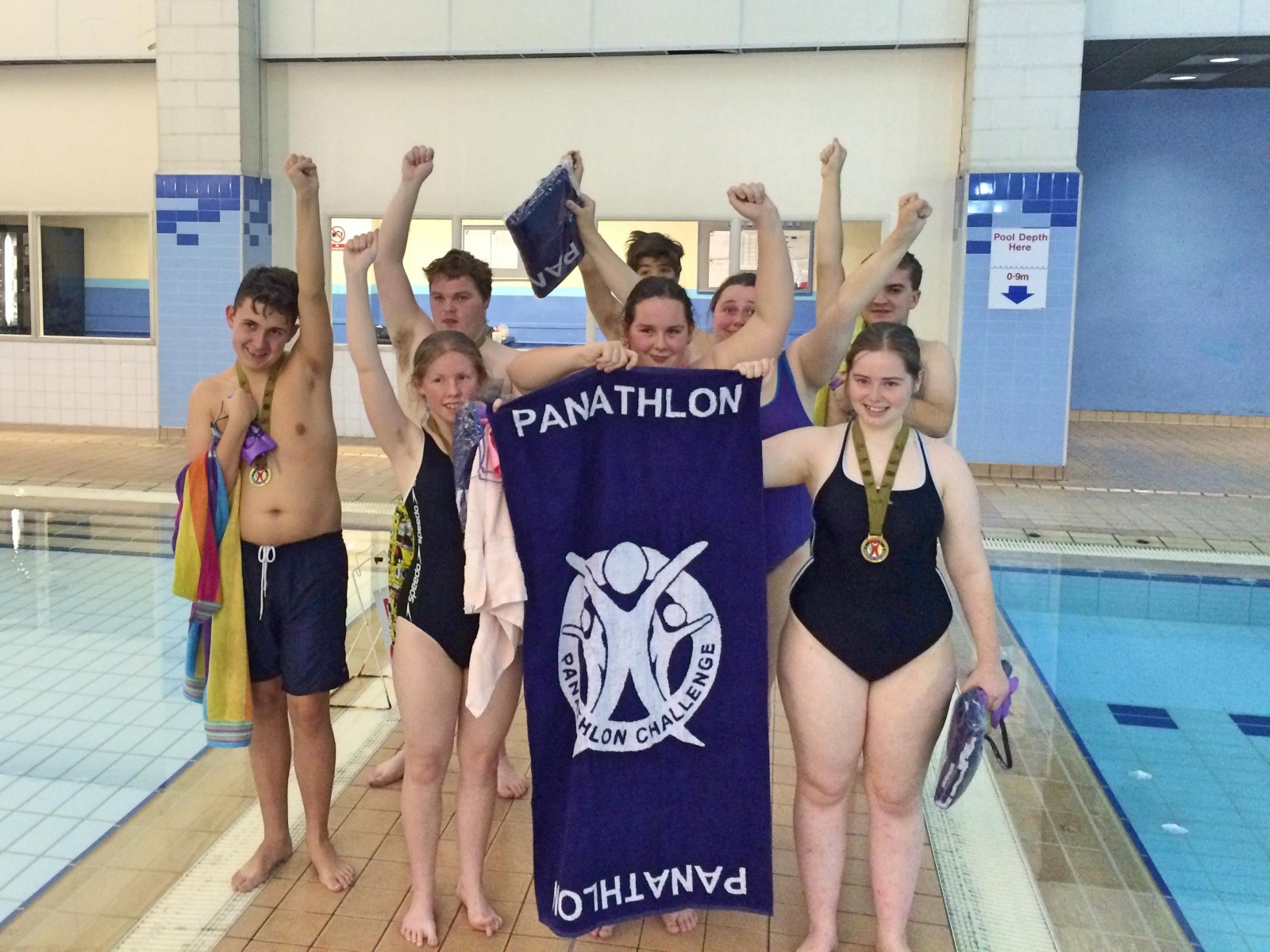 The first half of the 2015-16 Panathlon Swim Challenge finished in style this week, with the total number of competitors at the four London events setting a new record.

Last year Panathlon’s competitions in North, South, East and West London attracted 125 children, but that figure was well beaten as 151 students from 22 schools took part. There were also 54 leaders from five separate schools.

The winners from the four events – Lark Hall (South), St. John’s RC (East), Queensmill (West) and West Lea (North) – now go forward to the South of England Panathlon Swim Challenge at London’s Aquatics Centre on July 5. There they will compete initially for the title of London champions, before lining up against the winners of the heat comprising county champions from outside the Capital for the right to be crowned as South of England champions.

Val Martin, from Lark Hall School, said: “We’d like to say a big thank you to all the organisers and the young leaders who helped with the swimming gala. The organisation of the event made it so accessible for our boys with autism and the whole event had such a positive feel to it.

“It was a great introduction to an event that none of our boys had ever participated in. They were of course delighted to win, get medals and towels, but one of the boys said ‘My family will be so proud of me’, which is something he wouldn’t have had the chance to say regarding sport normally, so thank you again for making such an impact with our students.”

The West London competition at Northolt Leisure Centre ran to a slightly differently format to the other championships in the Capital, as it acted as a pilot for two separate competitions, for primary and secondary-aged children.

Four schools entered – from Coteford Juniors (Hillingdon), Queensmill (Hammersmith & Fulham), The Village (Brent) and John Chilton (Ealing). There were also nine leaders from Marylebone Girls High School, who had never been involved with Panathlon before and completely immersed themselves in the day.

“The leaders were so fantastic with our students in the water. It made them feel safe and they really enjoyed themselves whilst competing,” said Lorraine Veck, a  teacher at Coteford Juniors.

Queensmill were crowned champions of the secondary-aged event, despite an impressive performance from The Village. Meanwhile, in the primary competition Coteford took gold just in front of John Chilton.

The North London competition was hosted by The Vale & Northumberland Park Schools and attracted six teams: Oakleigh (Barnet), West Lea (Enfield), College Park (Westminster), The Vale (Haringey), Swiss Cottage (Camden) and Manor (Brent). After a dominant display it was West Lea School who triumphed. The tussle for second and third places was much tighter, though, with Swiss Cottage, last year’s winners, finishing just ahead of The Vale.

Stuart Hendy, a teacher at Mill Hill School, who provided the leaders for the North event, said: “Our leaders love these competitions. The training prepares them really well for the event, but I don’t think they really realise how hands on they’ll be until it comes to it and then you see them shine. It’s a great opportunity for them and the more Panathlon events they can get stuck in to, the better.”

Also invited to the July 5 swimming finale in London will be The Ashley School from Lowestoft after their victory in the Norfolk/North Suffolk competition at Hewett School in Norwich on November 18, which attracted 29 competitors and 14 leaders. The Ashley School, who last year finished second in the South of England Panathlon Swim Challenge at London’s Aquatics Centre, retained their regional title by beating three other schools.

It is also planned to invite the winners of the South Suffolk Panathlon Swim Challenge at the Crown Pools in Ipswich on February 10 to London, along with the champions of events at Stoke Mandeville – a new competition with hopefully four counties and eight teams – on May 4 and in Essex on May 15. Once these events have been completed, Panathlon organisers will discuss which schools will be asked to provide leaders on July 5.

The Panathlon Swim Challenge began this term with a competition in Merseyside, where 48 children participated.

Sefton, represented by Merefield School, won an exciting Merseyside Panathlon Swim Challenge involving 48 disabled children from six boroughs across the county at Lansbury Bridge School on October 8. Sefton claimed five of the day’s 10 events, edging out 2014 champions Halton, represented by Chesnut Lodge School, who put in a consistent performance with eight podium finishes out of 10.

In 2016 there are also plans to hold events in: Tyne and Wear/Durham, which last year attracted 142 children; Lancashire, where last year there were over 60 competitors; Kent, where around 30 children took part; and Tees Valley and Hertfordshire, which would be new events.