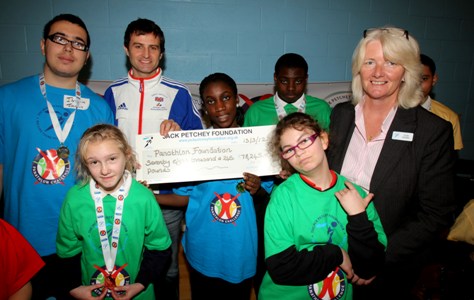 Triple Paralympic gold medallist Giles Long today congratulated Newham after the defending champions booked their place again in the All London final of the 2012 Panathlon Challenge.

Panathlon is organising competitions for disabled schoolchildren, with 17 events taking place across London leading up to summer finals in June.

Tuesday’s competition at Langdon School, East Ham saw Newham, represented by children from seven schools within the borough, emerge victorious with 64 points. Barking and Dagenham finished runners-up with 58, while Bexley were third with 38 points, two ahead of Hackney.

Long, who is chair of the charity, said: “It’s great to see so many kids enjoying their sport. Newham did brilliantly and are to be congratulated on reaching the final again.”

Steve Peaty and Peter Crane co-ordinate the Team for Newham, said: “We are delighted to be through to the All London final again on June 14th. “Our team of 40 disabled young people from seven different schools in Newham performed incredibly well and should be proud of themselves.”

Panathlon stages events in disabled sports such as boccia, polybat, new-age, kurling, and table cricket, and the charity is funded by several partners including the Mayor of London and The Jack Petchey Foundation.

The All London final will take place at Westway Sports Centre, Hammersmith on June 14th