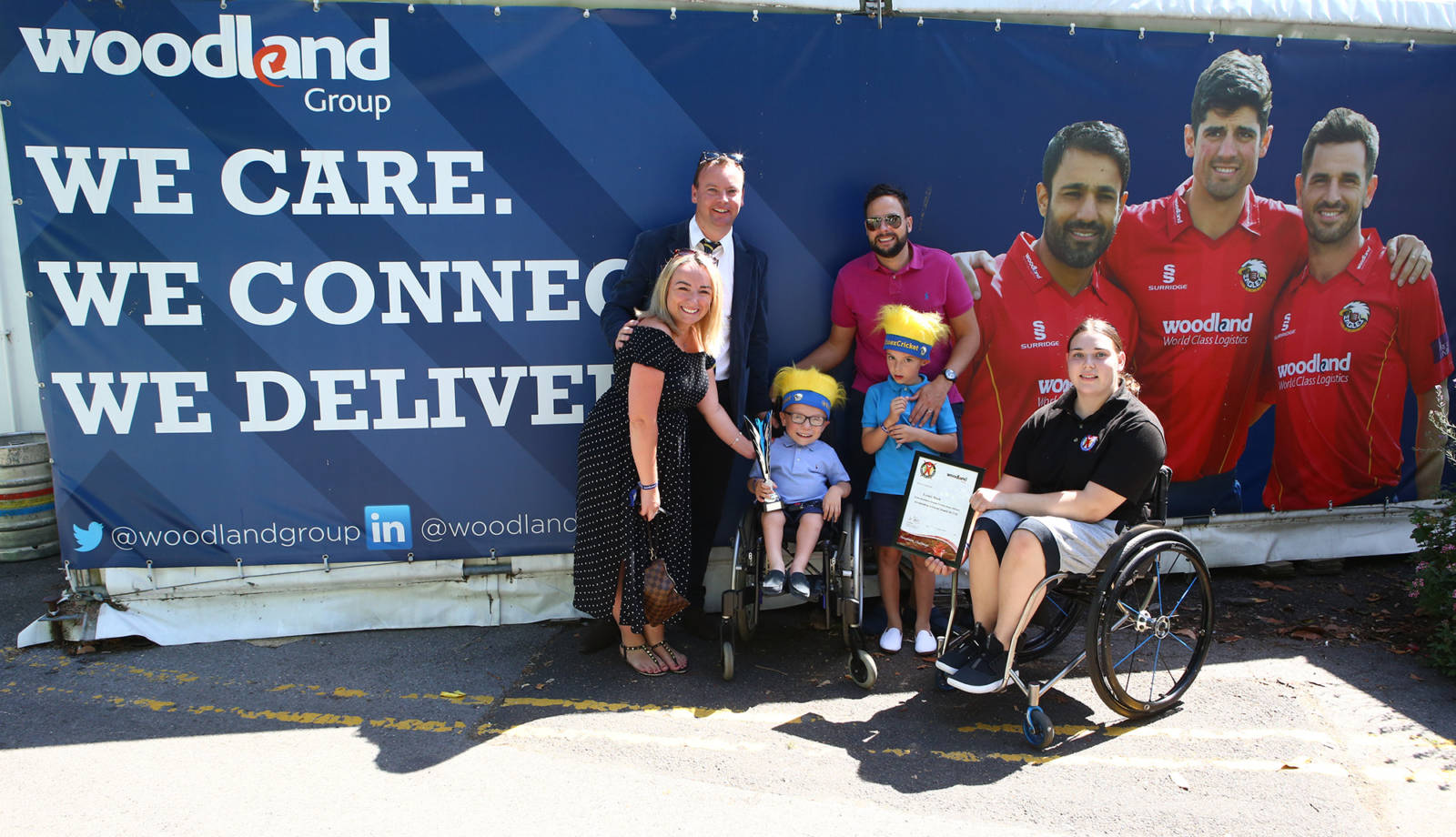 Nine-year-old Lenny Rush is the winner of this year’s Woodland Group Essex Panathlon Outstanding Achiever Award, after showing fantastic resilience to overcome challenges, including feelings of anxiousness about his ability to do sport after having major surgery.

Lenny, who studies at Burnham-on-Crouch Primary School, has a rare form of dwarfism – Spondyloepiphyseal Dysplasia Congenita (SED) – but does not allow this condition to prevent his participation in Panathlon events.

He had major operations on his legs to straighten them in August 2017 and these were followed by an intensive programme of physiotherapy, meaning he had to wear a leg cast from hip to ankle.

By the end of January 2018, though, Lenny had returned to light PE participation and just three months afterwards he was taking part in the Panathlon Swimming Gala at the London Aquatic Centre.

Outside of Panathlon, Lenny – who collected his award at Sunday’s Vitality T20 Blast match between Essex and Surrey – was last year one of a rotating cast of four young performers with different disabilities who played Tiny Tim in the play A Christmas Carol at the Old Vic in London.

More recently, he has just finished filming and doing shows at Euro Disney at the start of this year’s summer holidays, proving that anything is possible with support and hard work.

Speaking about his experience with Panathlon, Lenny said: “At my old school I would take part in PE lessons with the rest of my class but always felt that I was at a disadvantage, as I was not as mobile as my classmates.

“My PE teacher at my new school at Burnham, Mr Proudfoot, spoke to me about Panathlon to see if I would be interested in taking part.

“I was nervous but also very excited. I’ve done some amazing things with Panathlon, like swim at the London Aquatics Centre in Stratford and even met Tom Daley!

“At the end of last year I had surgery on my legs and felt anxious about doing any sport, but I shouldn’t have worried.”

Lenny’s mother, Lisa Rush, hailed the work Panathlon has done to help Lenny and other children with disabilities, saying: “As Lenny’s parents, we are so proud that Lenny has been given such amazing opportunities through the Panathlon Challenge.

“This is something thing that we knew nothing about until Lenny started at Burnham two years ago.

“We think it’s so fantastic that Panathlon makes sport inclusive, so that children with different disabilities are able to participate in a different range of sports.

“We would like to thank Panathlon for making Lenny feel included in sport and we would also like to thank the Woodland Group for looking after us so well.

“Ever since Lenny started at Burnham, he has taken part in so many different things. Panathlon has been brilliantly organised and we have been made to feel so welcome.

“It is great to have an event that is catered and adapted for disabled youngsters. Lenny is a confident boy, but this will give him even more confidence – I am so proud of him.” 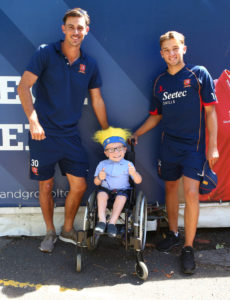 Special thanks to the Woodland Group for sponsoring the award and for their support of the Essex Panathlon programme. Also, a special thanks to Essex CCC for allowing Panathlon to use their match day to present our Outstanding Achiever Award.