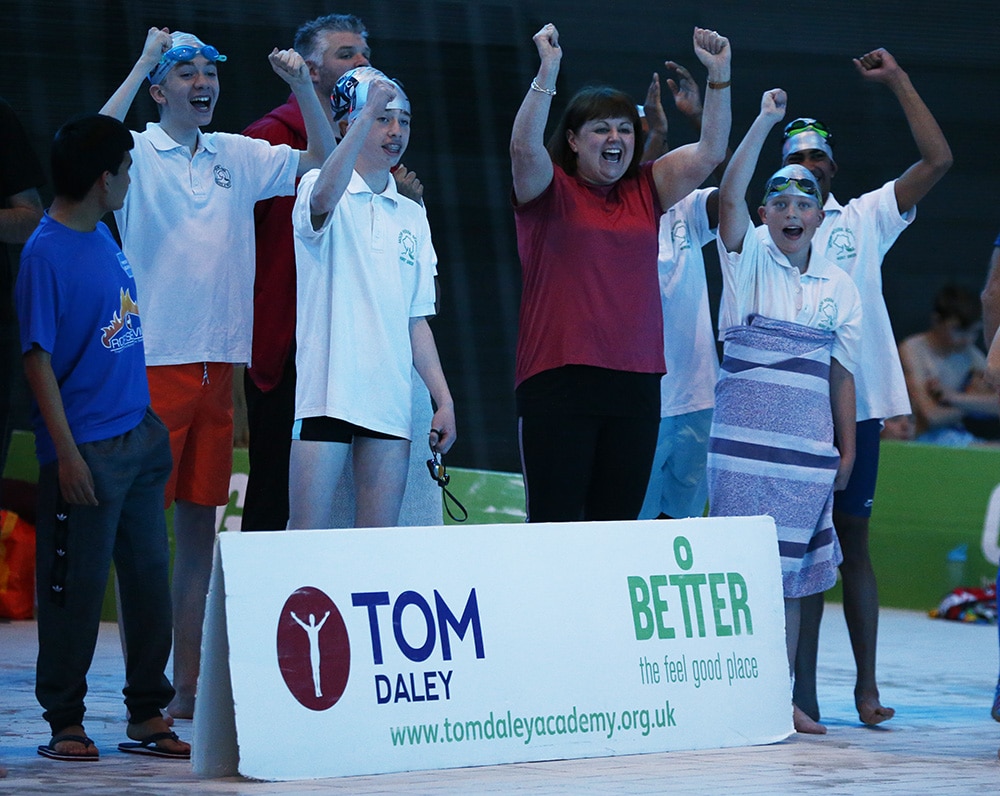 The eight teams who descended on the vast London 2012 venue from across Suffolk, Essex and London qualified through local Panathlon qualifying competitions. PE staff revealed how the return of our competitive pathway had acted as strong motivation for SEND pupils to apply themselves fully in training and with good behaviour in order to be selected for their team at the Olympic Park.

Leslie Gadogbe, Head of PE of at runners-up Marylebone CE Bridge School, revealed the impact Panathlon has had on not just the team who participated at the Aquatics Centre, but many other pupils at the school.

“Working our way towards a big final through hard work is an important part of learning,” he said. “There has been plenty of time in between the qualifier and today, which has given us space to practise after school and build up to it.

“Other students see this team competing, winning and coming back into school with medals. That increases everybody’s motivation and there are now many more engaging in swimming because of it. They all want a piece of the action!”

St Marylebone CE Bridge is a specialist speech, language and communication school and Mr Gadogbe noticed the event’s impact on those particular skills: “We’ve seen teamwork, encouragement and motivation of each other – it’s so great to hear because those conversations don’t happen in school. Working as a team really helps build relationships.

“They have not been able to experience sports competitions for a few years for obvious reasons, so we really feel the value of coming here today; it makes this even more meaningful. They have been on their absolute best behaviour in the run-up and seeing others who are like themselves, with similar abilities, really makes them up their game.”

Watching from up in the stands, Shirley Cornish watched her 13-year-old son George compete for Centre Academy School from Ipswich beaming with pride.

“This is my first experience of seeing Panathlon and it’s just what these kids need,” she said. “Often because of their disabilities, they are either not pushed into situations for fear of making them anxious, or they are told they can’t do it, so they won’t bother trying. It can be so de-motivating. It’s working to the lowest denominator.

“Here, it is really lovely for them to be put in a situation where they do initially feel frightened and nervous, because it’s a competition. That is part of life and we shouldn’t shield them from it. I watched my son down there chewing his goggles and feeling very nervous, but when he came out of the pool he was beaming. It’s creating memories.”

Ed Boorman, 15 (pictured below), from fourth-placed Cedar Hall School in Benfleet, Essex, embodied that sentiment too. “We get people saying we’ve got special needs so we can’t do stuff, but we’re proving that we can. It’s something we can really hold on to.

“I’ve just started mainstream swimming and joined a football team. This gives us more confidence to go back and have another go after they’ve said no the first time. It feeds into day-to-day life, from simple things like getting on a bus to going to college and getting a job.”

The Ashley School from Lowestoft, Suffolk, finished in third place. Pictures of Panathlon competitions adorn the walls of the school’s swimming pool, encouraging swimmers to strive for a place in the team. They have a detailed selection criteria based on performances in time trials, the Swim England water skills award and in-house galas for A, B and C levels.

The Ashley pupil Elsie Self, 16, was a Young Leader in The Ashley’s extensive in-school Virtual Panathlon activity during the Covid-19 lockdowns. “Being a sports leader is my favourite thing about Panathlon,” she said. “Helping others do sport is just as good as competing myself.

“I’ve been extremely excited about coming here. After we came first at Water Lane [the Suffolk qualifier] I’ve been practising a lot in school and chose swimming as an option in PE. Once you get the chance to be competitive, you just get into that mindset!”

The final was won by Moor House School (our 2018 national champions) whose swimming teacher Hayley Chilcott had brought dark glasses as she “always cries” at the medal ceremony. The shades were well and truly on when her team were crowned winners – especially as it was her birthday! “I’m treating them to a McDonald’s on the way home,” she revealed.

Lancaster School from Southend also conducted selection trials to decide their team for the South East Final. “Students need to learn that this is competitive sport as it feeds into life skills,” commented teacher Simon Best.

“The team have our orange school polo shirts on today and they have to earn those shirts, we don’t just give them out for nothing. They are very proud to represent the school.

“The competitive element is really important. Our guys don’t experience that too often. This will teach them how to lose, how to win, and be comfortable with both of those outcomes.”

Kamil Hajdrych, Head of PE at fifth-placed Stormont House School in East London (who won our 2019 National Special Schools title), echoed those thoughts. “To start with, they had butterflies in the stomach, but they learn that it is part of the process of achieving success and overcoming their fears. A couple of boys were shaking, constantly asking me questions, but as soon as they did the first race, they loved it.

“They really feel the equality of competing against others who are similar to them and that it gives them a chance to record real achievements.”

PE Lead Michelle Cooper added: “The students have had very little experience of competition since Covid and I have noticed how their fitness and wellbeing have been affected. To have these competitions and social interaction with other schools is vital.”

Panathlon Chief Operating Officer Tony Waymouth said: “Panathlon’s competitive pathway provides opportunities for schools to strive for their own definition of excellence if they so choose.

“With the lack of secondary-age swimming opportunities and lack of pool availability in many areas, our pathway offers schools a strong purpose and focus to stimulate more swimming activity for SEND pupils wherever possible.”

Panathlon Primary Deaf Gala “worth its weight in gold”