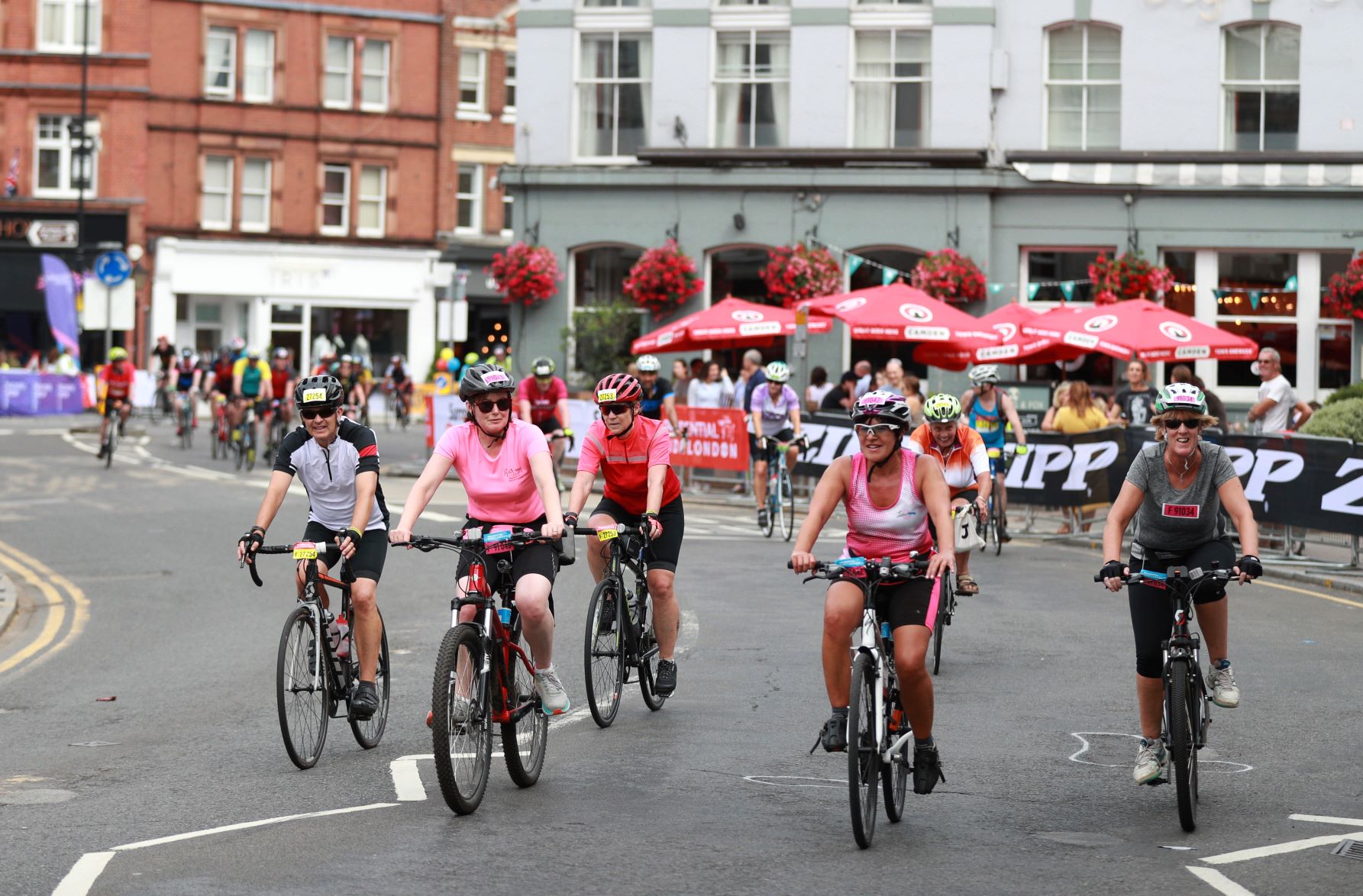 Panathlon is delighted to offer places at RideLondon, the world’s greatest festival of cycling, which makes a welcome return on Sunday 29 May, after a three-year absence.

Danny Crates, our long-time Ambassador and former World and Paralympic gold medallist, will lead Team Panathlon on the day (and also a training ride after Easter date TBC)

Following the recent fundraising successes of the London Marathon and the Royal Parks Half Marathon, Panathlon has charity places available as RideLondon returns with a new format, exciting new routes and a new partnership with Essex County Council.

The RideLondon to Essex is a unique opportunity to ride 100 miles on traffic-free roads through the heart of London and neighbouring Essex. It will start on Victoria Embankment and finish on the iconic Tower Bridge, with 60 miles of rolling roads through some of Essex’s most beautiful countryside and villages in between. The full route can be seen in detail here.

Paralympian Danny Crates (who has participated in RideLondon before and competed for Team Panathlon in the London Triathlon alongside our other Ambassadors) will take part on the day and offer his advice and experience in a training ride through the Essex countryside in the build-up to the event.

Danny said: “I’m really looking forward to taking part in RideLondon for Panathlon, especially as this year for the first time it’s coming through my home county of Essex. It’s great to be supporting Panathlon again as I’ve seen their growth over the 10 years or more that I’ve been involved. Tens of thousands of children will be involved this year which is phenomenal.”

The first 10,000 public entries were offered on a first-come, first-served basis and sold out in 24 hours, so if you’d like to ride for Team Panathlon – please get in touch with ashley@panathlon.com

As well as the 100-mile challenge, RideLondon will feature family-friendly cycle rides on traffic-free roads passing some of the capital’s most iconic landmarks.