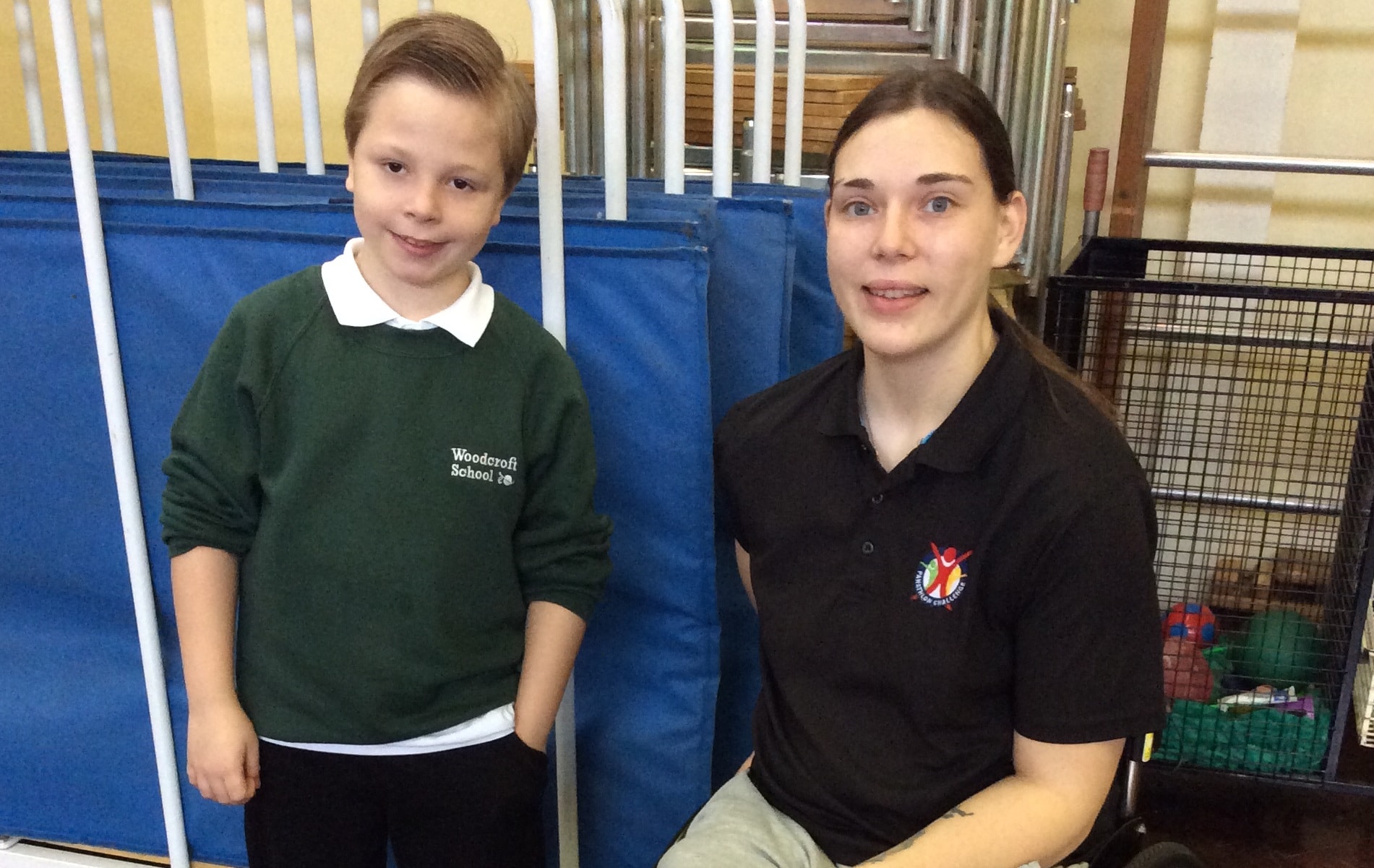 Nine-year-old Riley has autism, social, emotional and mental health (SEMH) needs and dyspraxia. He has spent the last year in transition at White Bridge Primary School’s autism unit while his parents waited for a place to become available at specialist autism school. They have since secured a place at Woodcroft, a nationally accredited independent autism school.

Riley arrived at White Bridge from a mainstream school which he had found challenging. The last 18 months through the various lockdowns has affected his wellbeing, confidence and self-esteem hugely. Physically Riley had struggles with coordination and strength, while mentally he lacked resilience and found it a challenge to work as part of a team including concepts such as taking turns.

Riley’s anxiety was exacerbated massively by Covid-19 as he found the disruption to his routine very difficult, was constantly worried about cleanliness and getting ill and found it hard to be stuck at home.

White Bridge took measures to have Riley classed as a ‘vulnerable person’ and were able to obtain permission for him to come into school and experience some interaction and sense of routine for the sake of his mental health.

Panathlon’s partnership with Gill Newlyn, the Essex schools inclusion lead, saw Gill roll out our Virtual Programme across schools in West Essex and this proved to be a lifeline for Riley.

Riley really embraced the virtual activities. He enjoyed using the bean bag mat both in a sporting context and as a learning tool. It helped him and other pupils improve impulse control, sportsmanship, communication and maths comprehension.

Panathlon were also able to hold an external cricket skills event with Gill at Loughton Cricket Club early in the new academic year which White Bridge teacher Heidi Davis described as “a real thrill”. It was the first time West Bridge pupils had left the school gates to take part in a sporting competition for two years!

Riley was presented with his award in a special school assembly by Panathlon’s multi-parasport international Freya Levy (pictured above with Riley and below holding a Q&A with pupils in assembly).

Riley’s mum Makayla was also in attendance. She said: “I cried in assembly as it means so much to us. He’s not stopped looking at his award. He is so happy with it and so proud of himself. He keeps saying, ‘Mummy, I can’t believe I won in the whole of Essex!

“Sometimes he can be a bit shy or say, ‘I can’t do it’. He knows he’s different from the other students but coming to White Bridge and his new school has been a huge boost in his confidence and ability to know.

“He struggles to sit down at a desk and likes to be active; it’s been amazing to have so many sports on offer to help boost his confidence and a ‘can do’ attitude. I always tell Riley that there’s no such thing as can’t; you can and you will! We’re so proud of him.”

His teacher Heidi added: “When we returned to school after the first lockdown, Riley found it difficult to recall the skills required in a formal setting. Sport helped him re-develop concentration, teamwork and friendship skills.”

The Panathlon cricket event enabled pupils to mix with other children outside of school, listen to the Young Leaders, take on board the rules, practise social skills and build their confidence and skills among peers of similar ability levels.

“The cricket event enabled children like Riley to experience a live situation of accepting how things are in a new setting, to feel their own value as part of a team, to interact with others with SEND and not be judged as an individual,” said Heidi.

“Riley always found it difficult to integrate into a new group of children but the sporting activities built his confidence and helped him practise integrating.

“Riley can now skip, catch and throw with some accuracy, use the large play equipment independently, praise team-mates, wait his turn and enjoy playing with new friends without feeling anxious. He always cheers his team-mates on and is pleased for them when they succeed. He’s more resilient so he now manages well if he isn’t the winner and allows others to experience having won without spoiling it for them.”

Tony Waymouth, Panathlon’s Chief Operating Officer, said: “Riley is an example of a child showing skill development under the most extreme circumstances. The award is a testament to his own determination through the pandemic and the school’s desire to provide the best environment to maximise learning. Congratulations Riley on achieving at White Bridge and showing others what can be done. We look forward to hearing about your next chapter at Woodcroft.

“Panathlon would also like to thank the Woodland Group for their continuing support of young people with disabilities and special needs across Essex.”

The Youth Sport Trust’s Inclusion Lead in Essex has heaped praise on the impact of Virtual Panathlon on disabled and SEN children during the pandemic – and is now focused on working with us to expand provision throughout the county as we emerge from lockdown.

Over 18,000 SEND pupils entered Panathlon’s virtual and face-to-face sporting activities during the first half-term of 2021/22.