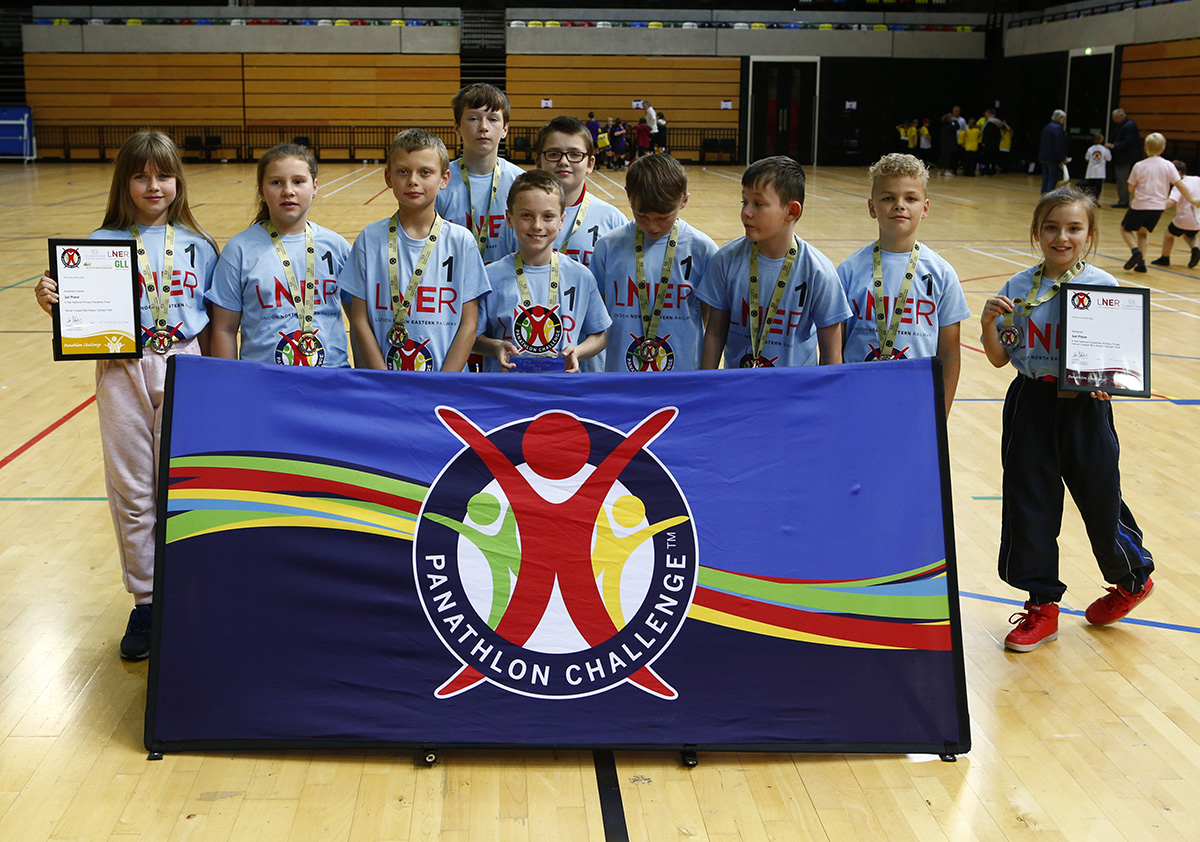 With 136 competitors from 18 schools from all four corners of the country descending on the London 2012 venue, competition was fierce. That made Robinswood’s victory all the sweeter – especially for one pupil, Panathlon debutante Alisha Lee, 10.

“It’s awesome being a newcomer int the school team and coming to a place like this. It’s so cool. I don’t get to be in the school teams and I’ve never won first place in anything. My only other medal was for a house team competition and I only came fourth place – this is my first ever gold and I’m national champion!”

Group One (sponsored by LNER)

“It’s been phenomenal,” said Stewart Radcliffe, a teacher at Robinswood, whose pupils won Group One by a mammoth 11 points ahead of nearest challengers Albert Pye from Suffolk.

Mr Radcliffe added: “To represent the school at this huge arena is excellent for our children who don’t tend to participate in any other sporting events. It helps them concentrate and boosts their self-esteem massively. They’ve been talking about it ever since they found out we had qualified.”

Such was Robinswood pupils’ excitement at coming to the Copper Box Arena, they invited two pupils – Jerry Powell and Kieran Lewellyn-Everett – who had helped them qualify but had since moved on to secondary school. “We felt they couldn’t miss out so contacted the high school and they were desperate to be part of it,” said Mr Radcliffe.

Another team who had made a huge effort to attend were Ribbon Academy, who travelled all the way from Durham, leaving on Wednesday morning and staying overnight at a hostel at Lee Valley.

“This place is so special, we’ve told them all about the Olympic heritage and it means a hell of a lot to them,” said Catherine Jones, Assistant Head Teacher for Inclusion. “Here, I see children who are succeeding, they’re motivated and they’re learning. School is a difficult place for them most days, but this has been a success from start to finish.”

Albert Pye School, group runners-up, are very well established in the Panathlon family. PE teacher Stewart MacKenzie said:”The Panathlon equipment is now so embedded in our school that our children are very familiar and comfortable with all the activities, which are so suited and beneficial to them. It’s most certainly PE premium well spent and shows Panathlon’s ripple effect at participating schools.”

St Polycarps School, Surrey, finished third in the LNER group, and Deputy Head Karen Trafford also explained the impact Panathlon has had on her pupils.

“We’ve bought some of the Panathlon equipment and we do a ‘Fizzy Fun Thursday’ (Physical Fundamentals) with our sports leaders. We’ve got beanbag throw, bowling, and kurling so they can hone their skills ready for Panathlon competitions. It’s really had a knock-on effect.

“There’s so much benefit to being chosen for a school team, especially for these young ones who don’t get to be in the football or netball team. Children who haven’t succeeded at anything before are succeeding here. I go to loads of sports competitions with our children but none are as rewarding as this.”

Drapers’ Brookside, from Havering, followed up their London Primary Final victory in July by winning their group, and along with it another set of gold medals for their high-achieving team.

Pupil Anna Asante, 11, reflected: “It feels really amazing because we have won two events already and to finish group winners is the best thing yet. It makes me feel happy because I’m here where experienced people have competed and won medals too [in the 2012 Games]. I will show my medal to my family and have a big celebration. They will be really proud of me and say, ‘You are an amazing, shining star!’” 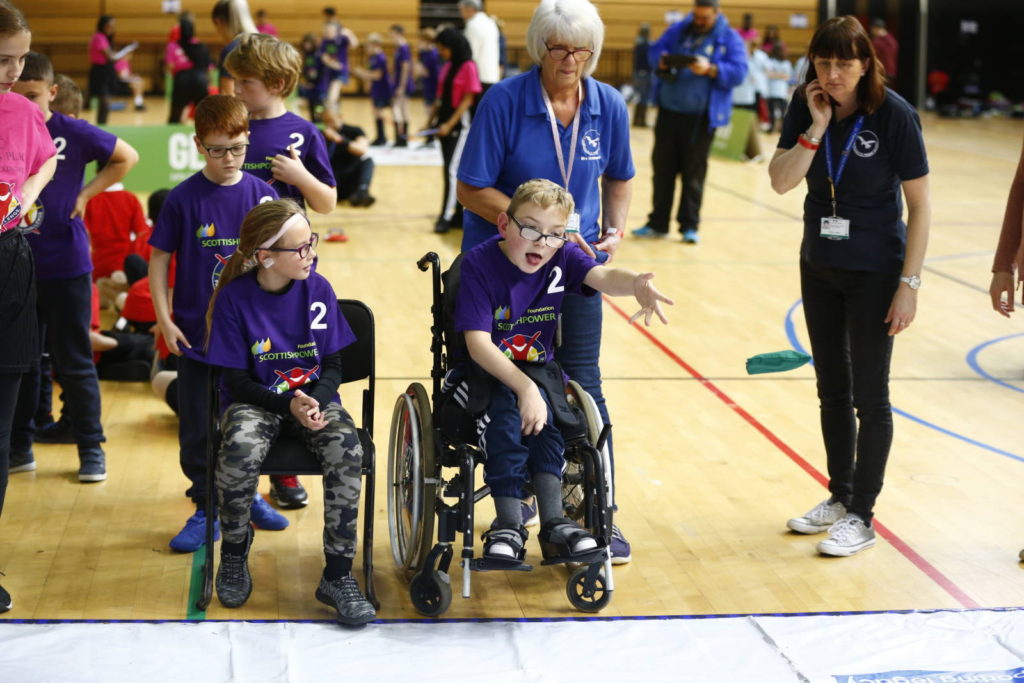 Fourth-placed in Group 2 were Flamborough Primary, who travelled all the way from Bridlington, East Yorkshire. Pupil Dylan Harper (pcitured left), 10, who has cerebral palsy, commented: “I love the table cricket the best. I really like watching cricket but I never get to play it properly because I’m in my wheelchair. I have only ever been to London once before and I went to Legoland – but this is much better!”

Nine-year-old Jenson Reeve (pictured below) competed for Aylesbury Vale Academy, who finished third in the group. His teacher, Louise Granville, revealed: “Jenson came back from this event last year completely buzzing and wore his medal to bed, he was so proud of it. When he found out he was coming back again he was really excited. 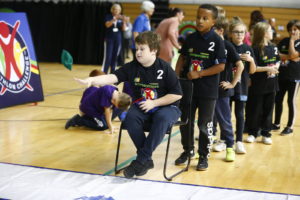 “Usually in a whole-school setting they would shy away from this kind of activity but here they know they can take part in absolutely everything and give it a really good go. The confidence coming from it is massive.”

Barr View (formerly known as Great Barr) arrived from Birmingham as defending champions, but had to be satisfied with ‘just’ finishing as group winners, as Robinswood pipped them to overall gold.

Assistant Head, Mike Arnold, spoke of the pride last year’s win had given pupils, and how it had inspired this year’s crop to emulate that feat: “The legacy from last year is that these kids are more confident about getting involved. It gives them an opportunity they didn’t have before, apart from sports day. 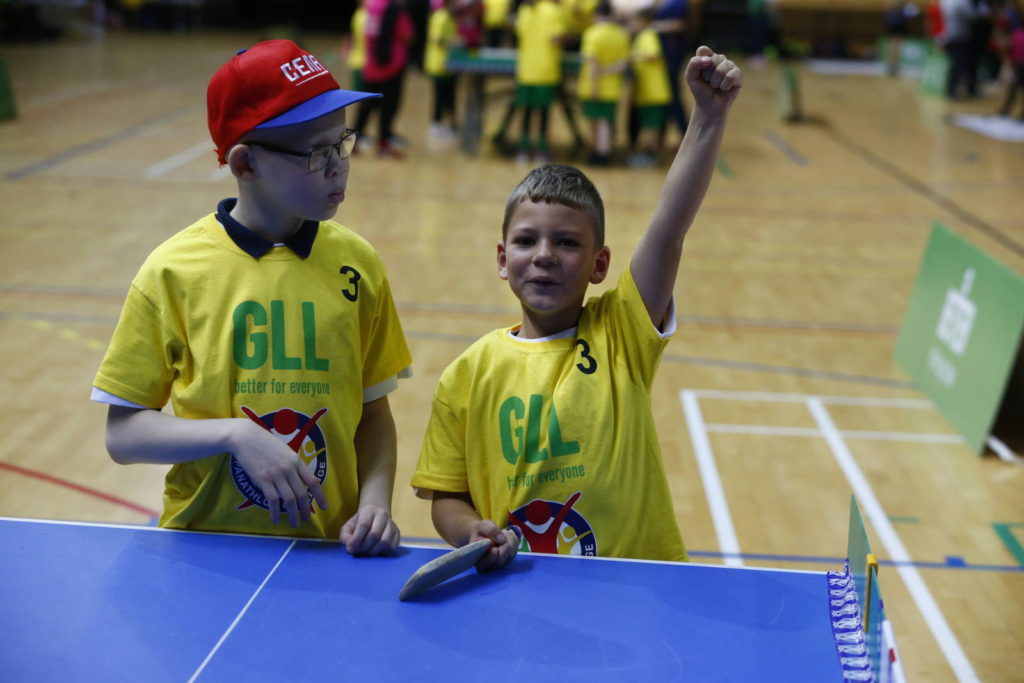 “For them, getting into a team and being successful in a competition is something that just wasn’t there for them. Panathlon has given them that opportunity. Now that Panathlon and extra-curricular clubs are so embedded throughout our school, it has really improved the children’s skillset.”

Red Oak, from Lowestoft in Suffolk, have taken part in Panathlon events for over six years. They have even begun hosting Panathlon events themselves for Key Stage 1 and 2 within their academy trust, training their own Young Leaders and soon expanding into ten-pin bowling events.

“As a school we’ve also got 100% of children attending extra-curricular lunchtime and after-school sports clubs, including those based on Panathlon’s programmes. That’s had a knock-on effect of improving the wellbeing, self-pride and self-esteem of our students.”

Panathlon activity has also increased massively in Bolton, Greater Manchester, over the last year and Moorgate Primary represented the town superbly, finishing fourth in the group.

Dave Buchanan, Assistant Headteacher and PE coordinator, said: “We got on the bus at 4am this morning; it’s been a long day but oh God it’s been worth it! Getting these children to do sport and experience achievement is just fantastic. They’ve loved every minute of it. Generally speaking, they aren’t high achievers within school, so for them to experience winning, getting a medal and getting to the National Final is unreal.”

The four students had recent history of behavioural issues and PE teacher Tony Riddle made a plan with Panathlon COO Tony Waymouth to invite them to train as Young Leaders for a competition at their adjoining primary school. They have since worked at five subsequent events and the experience has clearly been beneficial.

“It has raised their tolerance around other people, which was something they definitely lacked before,” commented Mr Riddle. “Things would kick off quite regularly, but this has given them a new perspective instead of just thinking about themselves.” 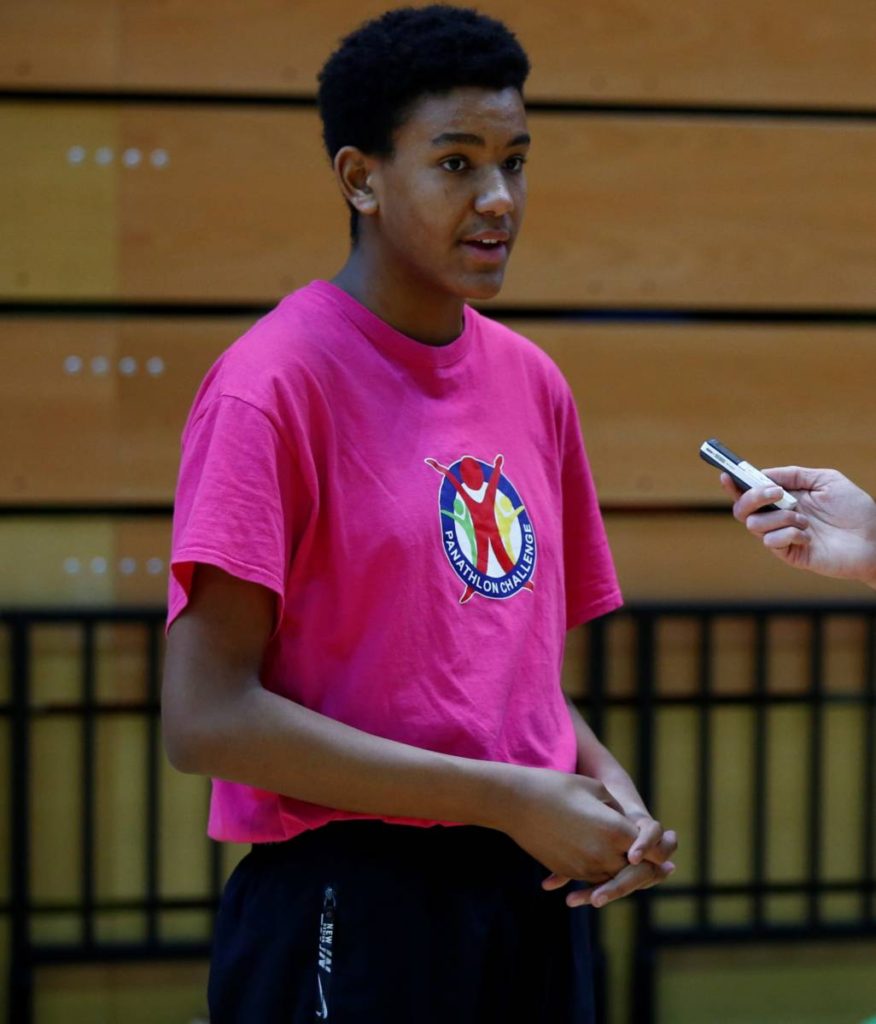 One of the boys, 15-year-old Marcello Sivanda (left), said: “I like helping out children with special needs because I think they should be able to get the same opportunities as everyone else. I’d like to say thank you, I really appreciate it that I’m getting this opportunity to help children out.”

Barking Abbey School have been trusted partners of Panathlon for well over 20 years, providing (in the words of Tony Waymouth), “Young Leaders of exceptional quality”. Elaine Burgess from the school was presented with a special trophy for her services to Panathlon ahead of her imminent retirement.

Congratulations to all teams who made it to the Panathlon Primary Finals. We hope to see you all again next year!