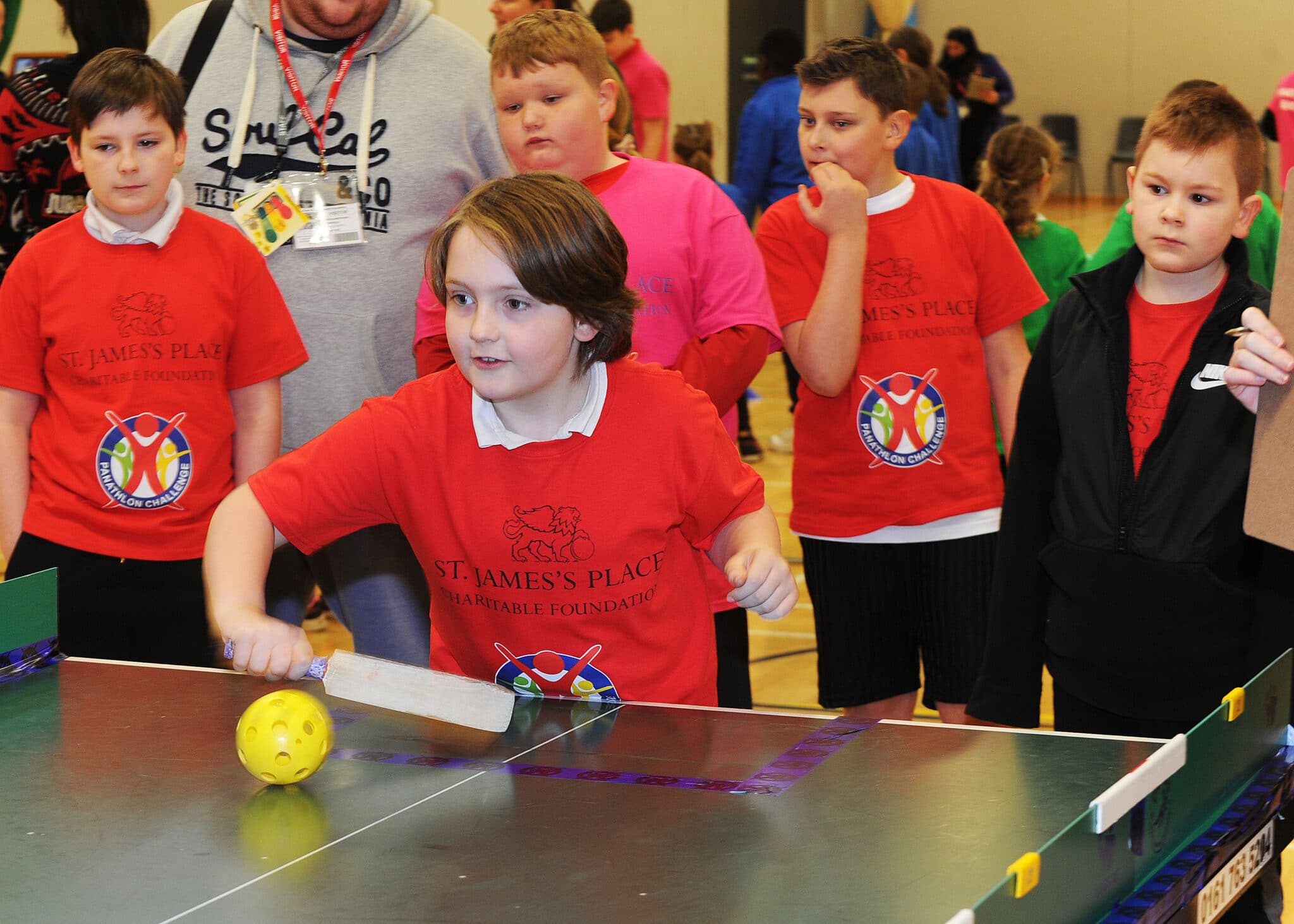 In metropolitan boroughs such as Bury, Bolton, Wigan, Trafford, Tameside, Oldham, Rochdale and Salford, Panathlon has partnered with proactive local School Games organisers to hold borough events which have rejuvenated post-pandemic inclusion and aspiration in primary and secondary school sport for SEND children.

This calendar is developing into a pyramid in which winners of borough events qualify for county finals with selected schools who took part in Virtual Panathlon given wildcards if their borough hasn’t yet staged their own external competitions in the relevant sport. For example, the upcoming Greater Manchester Boccia Final in Bolton will bring together borough event winners and wildcards. The winners will then enter our Regional Final in Liverpool where they will battle for the title of ‘North West champions’.

Lewis Street Primary from Salford were invited to our recent county ten-pin bowling final and entered the recent primary multi-skills event in Irlam. “Their pupils were absolutely full of it,” said Dean Gilmore, Partnership Development Manager for Salford School Sports Partnership. “They had that innate pride that they were representing their city. Representing your town or your borough gives you something you will remember forever.”

Adam Suligowski, PE Lead at Springwood School in Salford, agreed: “It’s important for our children to have a pathway because as we move up the levels, the standard of competition is going to increase and their stamina and appetite is going to rise with it. I think being challenged and taking on their peers is important for all pupils, especially those with special needs who don’t get to experience it too often.

“This gives them an opportunity to add a bit of competitive edge to the sports that we normally only get to practise at school due to everything that has gone on over the last couple of years.

“Today gives them that opportunity to represent school and come into this packed sports hall with the Springwood School badge on their tracksuits. It’s an opportunity to take pride in their school and work as a team with autonomy which unfortunately is quite rare for them. You can see how excited they are.”

Panathlon’s variety of inclusive sport options enriches the breadth of opportunities that School Sports organisers like Dean can offer to schools in his parish.

“Some of the best ideas in whatever sphere are the simple ones,” Dean said. “If you’d never been to a Panathlon and spent just 10 minutes here, you would understand it very quickly. It’s such a simple thing to do that schools can do it in their own environment, then come out to an event like today’s and take part so easily. It is so accessible. I don’t know why everybody involved in School Games doesn’t do it!

“As an authority in Salford, we want to give every young person a positive experience of physical activity. We introduce them to as many different sports as possible so they get the chance to find their one thing, then we can encourage them to get involved in the community. This event today may spark the impetus for a child to get involved in a particular sport long-term.”

As well as Panathlon, Salford offers a calendar of 38 different sports for every pupil in the borough (including non-SEND) and hold an annual Primary PE Conference to update teachers on what they offer, as well as holding training and workshops.

The conference was entitled ‘Meeting All Needs’. “It certainly did that!” reflected Dean. “Every teacher who attended rated the event as ‘Excellent’. It was absolutely brilliant. The teachers who took part in the Panathlon workshops are already asking how their school can get involved and when the next event is.”

Tony Waymouth, Panathlon’s Chief Operating Officer, said: “The conference was a great success for Panathlon and the borough of Salford as it led to a flood of enquiries and school staff discovered new ways of using PE resources to deliver inclusive lessons. School staff embedding our activity into their curriculum is exactly the type of outcome we seek as an organisation.”

Panathlon thank the Peter Cundill Foundation and the Broome Family Foundation for supporting our growth across the Greater Manchester area.

Panathlon proud to buck the trend through autumn term

The 2021/22 winter term has seen Panathlon continue to defy the odds by giving thousands of children with disabilities and special needs precious opportunities to take part in competitive sport and physical activity.

Virtual Panathlon has given SEND pupils ‘their chance to shine’