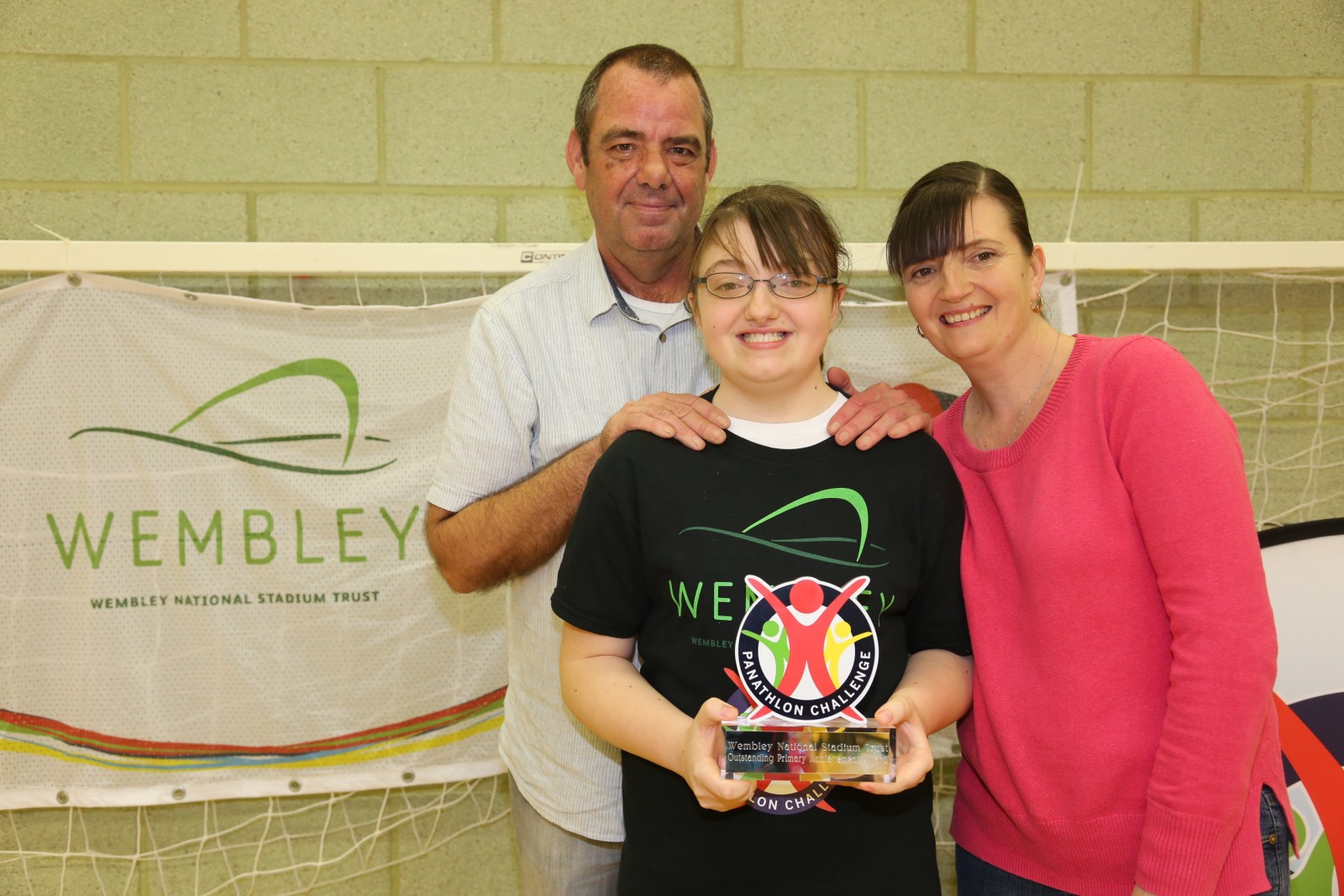 The 11-year-old collected the award for children taking part in the London Panathlon Primary Programme at the Barking & Dagenham event on January 27.

Sophie was persuaded to try sport through Panathlon two-and-a-half years ago and became an instant inspiration to other pupils who have a fear of trying new activities. She is now first on the list for the boccia club at school and volunteers as a young leader at a lunchtime sports club for the younger children.

Sophie said: “I couldn’t believe when I heard I had won. I like to help other people, so that when they are older they can look back and see what they have done. It is great because they can try different sports and everyone can take part without feeling under pressure.

“People of different abilities can have fun and come together. Everyone wins a medal.”

Sophie has two rare conditions, Crouzon Syndrome and Chiari Malformation, which cause muscular-skeletal problems, weak muscles, difficulty in swallowing and some loss of hearing and sight. But this is not holding her back from her love of sport. 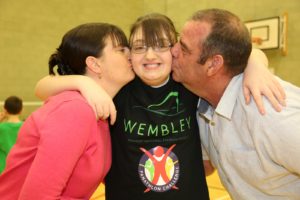 She was joined at the award presentation by her parents, Mandy and Geoff Wood, (pictured at the top and right) who say that despite suffering from severe pain, Sophie is such a happy child that she is always singing at home.

“She never complains, which can cause problems,” Mandy said. “We are so proud of her winning this award.”

Geoff said: “She has always helped other children and wants to be no different from them. She wouldn’t take the last biscuit.”

William Bellamy School’s PE and Sports Lead, Donna Rose, nominated Sophie for the award. “I just had to get some recognition for Sophie and what she had achieved for herself and other children,” she said. “She’s amazing and such an inspiration to others.

“Sophie was never really interested in sport and found it difficult to access, but when we heard about the Primary Panathlon event, it sounded like the perfect way of allowing her to play sport in a team, and most importantly, where she could be involved in everything.

“She is now first on the list for the boccia club at school and, furthermore, volunteers as a young leader at a lunchtime sports club for the younger children.

“We as a school have seen the massive impact Panathlon and other sporting opportunities within school have made for Sophie and she has rightfully been recognised for this. In 2015 the school had an award ceremony and she won a courage award.”

The award, which is in its second year, is presented by the Wembley National Stadium Trust, which has invested over £75,000 in three years of funding Primary Panathlon. Its CEO, Stewart Goshawk, said: “Panathlon gave us a shortlist of three, who were all worthy winners.

“What was heart-warming about Sophie was overcoming her fears about sport two years ago and encouraging other pupils to take part.

“Sport has the power to bring them out of themselves and be the children they can be and then flourish.” 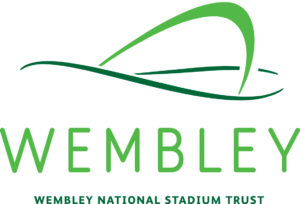