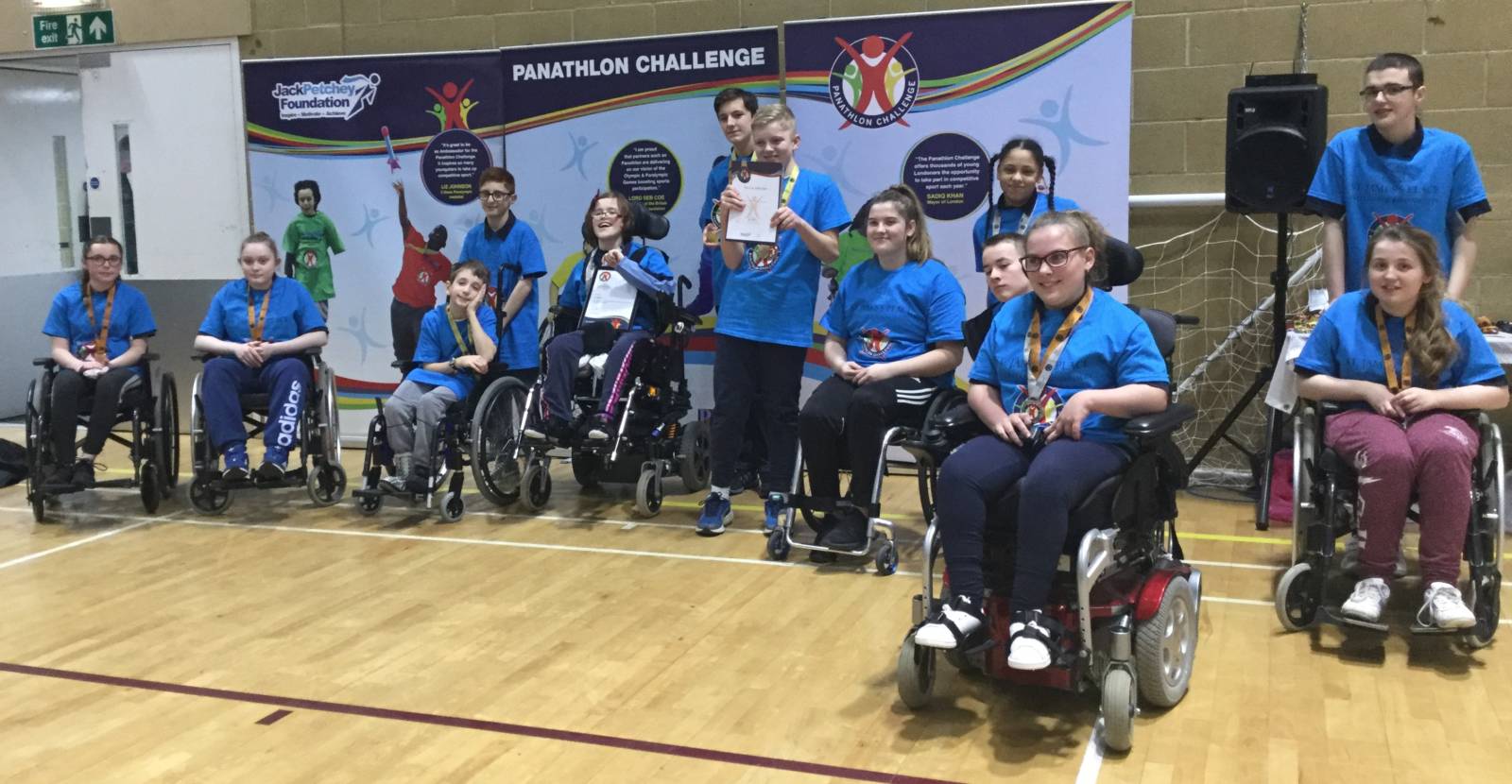 This was a best-of-the-best regional final and  consequently the skill levels were high and fitting for a Champions final.

We had 4 maximum scores in the Precision Bean Bag of 56, a 4-0 score in New Age Kurling achieved by the Surrey team, a rare feat that occurs once every two years, and a record Wheelchair Slalom performance of 22 seconds by Jade from Porchester.

Kent excelled in the Table Cricket and comfortably won the competition, including a score of 299 runs. Berkshire won the Boccia, just ahead of Hampshire, which was decided on countback, and also the athletic races. 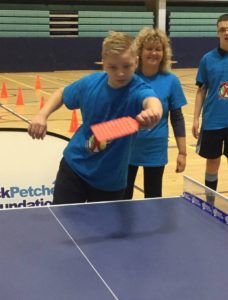 The competition for first place became between Berkshire, last year’s winners and Hampshire.

This event was Porchester’s first appearance in the champions finals, representing Hampshire, and they rose to the occasion. Hampshire won the Kurling, Polybat & Field Athletics and took the title by the narrowest of margins.

The team were buzzing with excitement. A full list of results can be seen here.

“Thank you for an incredible event. Our students love Panathlon. It gives them the chance to enjoy the thrill and responsibility of competition. They want to compete at the next level, they’re up for the challenge.” said Louise Jenkins, a teacher from Porchester School.

Chessington Community College leaders supported the event, their second event they’ve been involved with this year.

Click here for a gallery of photos from the day.