Today’s South London Final at Crystal Palace involved by 84 competitors from 10 schools in Bexley, Bromley, Croydon and Lambeth, who had all qualified from the earlier rounds to get to this Final.

Arch rivals Bromley and Croydon who traditionally compete in the South London Final together and whoever wins, then usually goes through to the main London Final and most years actually wins that too! They were joined for the first time at Crystal Palace by Bexley and Lambeth and whoever wins today, would go on to the Copper Box Arena in the summer in the London Final.

We were honoured with a guest appearance from Steve Brown, team captain of the GB wheelchair Rugby at London 2012. Steve helped inspire the competitors and award some medals to the successful athletes. Also Jane from the Jack Petchey Foundation, who have been supporting Panathlon for 10 years now, was also present to see the schools in action !

It turned out to be the closest Panathlon in its 15 year history!  Bromley and Croydon went head to head and slugged it out, win against win and matched each other throughout the day. Bromley won the Table Cricket by needing a 6 off the final ball and managed to achieve it, Croydon then went and won the Polybat. Bexley upset the odds by winning Boccia and Lambeth won the Kurling which made the scores incredibly close going in to the Athletics disciplines. Bromley nudged back in to the lead by winning the field events so Croydon knew they had to win the Athletics races to have any chance of winning and qualifying for the London Final. 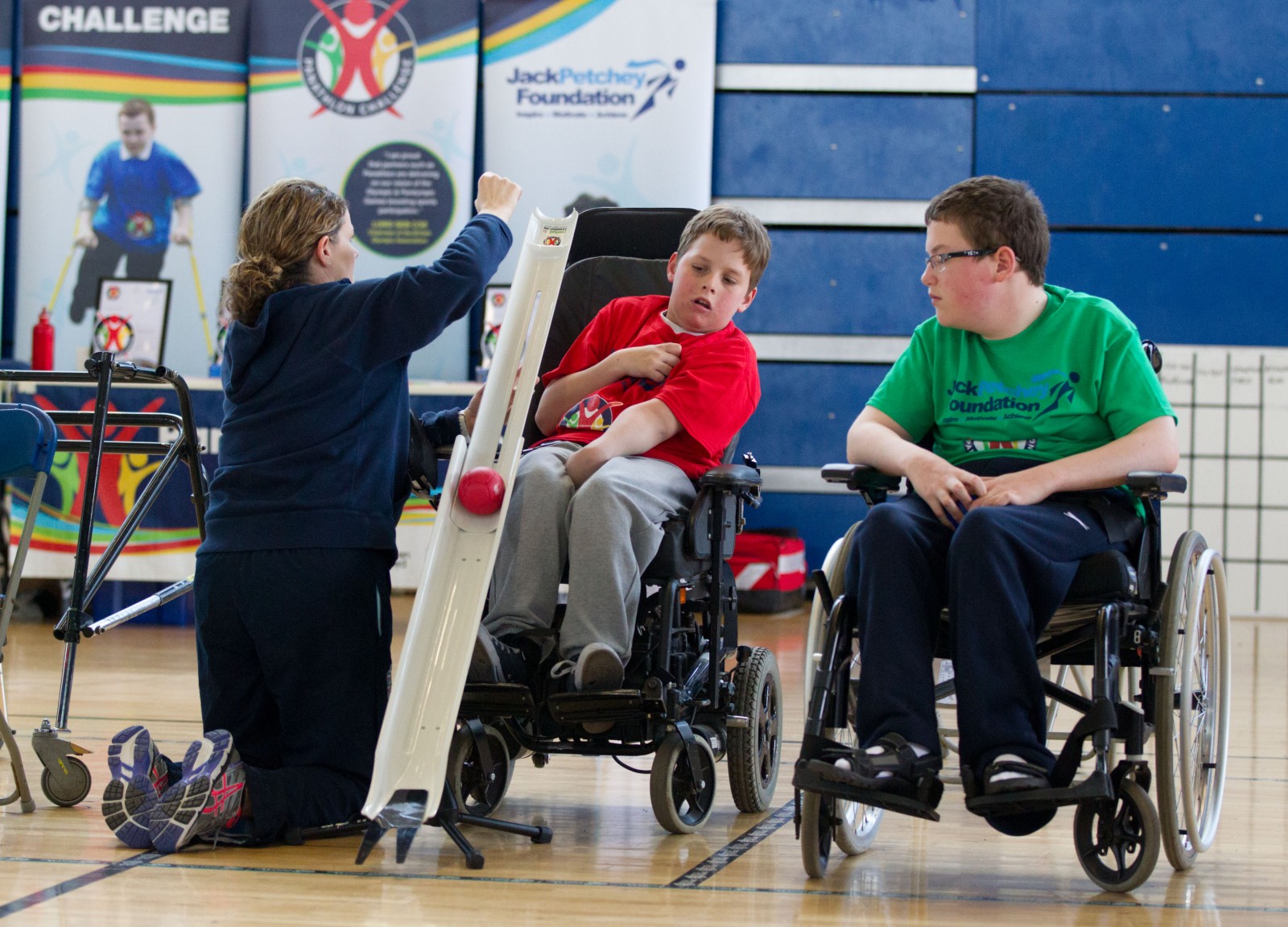 And that’s exactly what Croydon did, winning the final event of the day which led to an extraordinary situation where Bromley and Croydon were tied on the same 48 points, and also on count-back had the same number of wins, 2nds and 3rd places. To decide the winner, we had to then look at the head to head results between the two and each had won 3 clashes each. The only way to split them was looking over the 10 Athletics disciplines and this revealed a 6-4 win in the favour of Bromley, who by the narrowest of margins, squeeze through to the Olympic Park for the London Final

Guy Wilkins, co-ordinator for the Bromley Team said, “As Panathlon has been around for a long time and keeps the same format, the impact of it at our school is lasting. I have been able to build a curriculum around the events. The really special thing about Panathlon for me and our schools is that it is a competition and promotes and holds a set of values. The pupils love it. We are so delighted that finally we have overcome Croydon to win the South London Final, and the icing on the cake is to get to compete at the Copper Box. Only through Panathlon, can our children get to win medals at an Olympic and Paralympic venue – amazing, the whole school will be buzzing.”

Not only was 1st and 2nd places tied, but also Lambeth and Bexley were tied on 36 points and another count-back situation had to split the 2 teams, with Lambeth edging it from Bexley. An incredibly close finish for all 4 teams and they should all be proud of their performances! A full set of results can be seen here.

We now know that Bromley will face, Harrow, Barking & Dagenham and Sutton in the Final on June 18th in the Copper Box Arena with 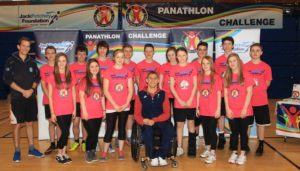 in the Queen Elizabeth Olympic Park.

Our Young Leaders today were from Chessington Community College and they once again excelled in their roles as Panathlon Officials and role models for their school. Well done to you all. They are pictured here with Steve Brown, London 2012 Paralympian.

A big thanks again to all our competitors and teams, to Steve Brown you were an inspiration, and to Jane and Joseph – thanks for coming and all your support!