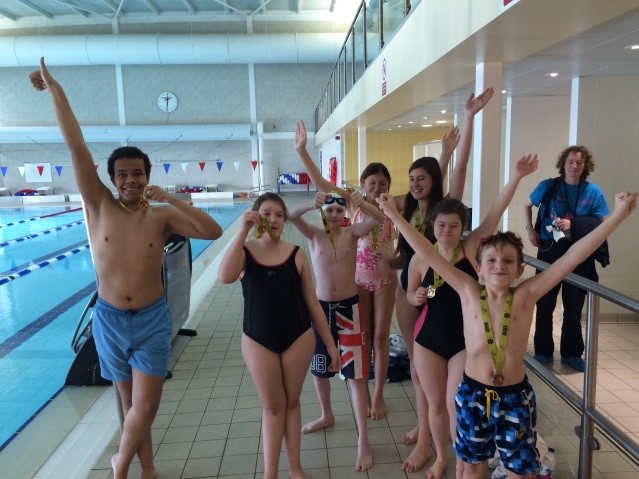 On the 13th of January, Panathlon kick started the year with the South London Swimming Competition at Downham Leisure Centre. Supported by the Wembley National Stadium Trust, the competition saw 6 schools from South London Boroughs come together to battle it out for the gold medal. In attendance were Marjorie Mclure School from Bromley, Parkwood Hall from Kensington & Chelsea, Marlborough School from Bexley, Charlton Park from Greenwich, The Priory from Croydon, and Riddlesdown Collegiate also from Croydon.

For 2 of the team, this was their first Panathlon swimming event and it proved to be a tightly fought battle. In the early stages of the 25m races, Parkwood Hall (last years winners) looked unstoppable, but Marlborough (one of the events new teams) pushed them close and nearly pinched a win on one occasion. Marjorie Mclure went about their business professionally and clocked good times across each of the races; much to the pleasure of their support crowd.

When the team challenges began, Charlton park and Riddlesdown Collegiate began to do much better. Their determination paid off as they started getting in amongst the points during the team treasure hunt and they even began to challenge the favourites.

After 2 hours of exciting races and team activities, it was time for the scores to be added and the champions to be unveiled. Runners up included Charlton Park, Marlborough and Riddlesdown, whilst the bronze medal went to Marjorie Mclure. Second place went to The Priory School who put in solid performances throughout the day whilst Parkwood Hall were crowned Champions for the 2nd year in a row. “We’ve won 2 in a row now so it’s good to see if anyone can beat us” said Joshua Rice of Parkwood Hall. Now there’s a challenge for next year!

“Thank you for a fantastic day again- it’s been brilliantly organised and our students have really enjoyed themselves. We’ve brought some of the younger ones who don’t always compete and so it’s a fantastic opportunity for them to put a range of skills in to action.”  Jon, Teacher at Charlton Park.