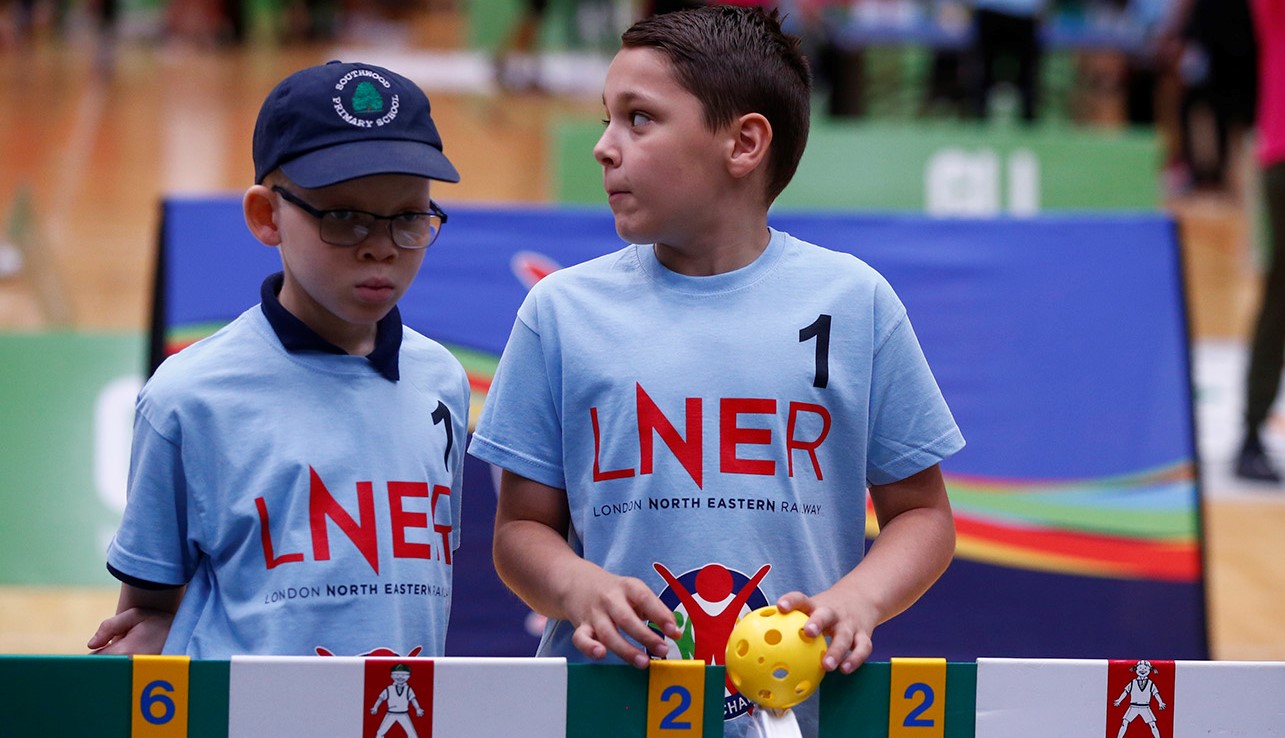 Southwood School from Barking and Dagenham won the Panathlon London Primary Plate Final at the Copper Box Arena – contested by schools who finished as runners-up in their borough qualifying events.

Stewart Stevens, PE teacher at Southwood, said: “The children, parents and teachers always thoroughly enjoy every Panathlon every we attend. To see the smiles and enjoyment of every single child throughout the event makes it all worthwhile. 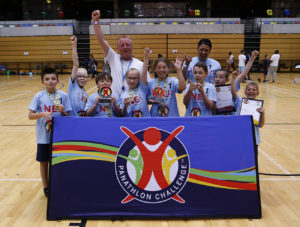 “Our children couldn’t wait to get back to school and show all the children and teachers their trophies and medals. Threy walked around the school like the champions they are and that is all thanks to the Panathlon event and the organisers.

“You really do make the children’s day by hosting these events so again a massive thank you from everybody at Southwood Primary School.”

At the event, Jack Courtney from Hook Lane Primary School was given his London Primary Outstanding Achievement award. Panathlon has greatly helped Jack’s struggles with anxiety, with his teachers building up his confidence to take trips outside of school grounds. He has now progressed to such an extent that he encourages and ‘looks after’ his team-mates at competitions. Jack’s full story will appear on panathlon.com soon. 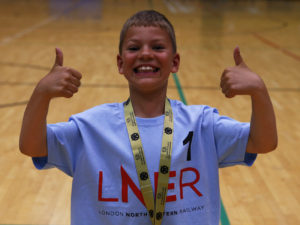 One Southwood competitor in the Plate Final, Joe Crosbie (left), was supported by his grandparents Brian and Syliva on the day. They said: “We have had a great day seeing our grandson Joe take part in such a fantastic event. Many thanks to the teachers and event organisers.”

Anthony Nelson, teacher at third-placed Newport Dawlish, added: “A big thank you to the Panathlon team – the kids had an absolute blast. We can’t wait to be involved in any events you put on in the future.”

Over 140 children took part in the event, which whetted the appetite ahead of the Primary champions final the following day at the same prestigious Copper Box Arena venue.

Tony Waymouth, Panathlon’s Chief Operating Officer, said: “We are happy to have been able to offer the Borough runners-up the opportunity to participate in an extra finals day. With Boroughs now having multiple days of Primary Panathlon competitions, this Plate Final offers another opportunity for schools to be able to compete London-wide as well as all the associated benefits to physical activity, sporting competition, self-esteem, teamwork and confidence.”