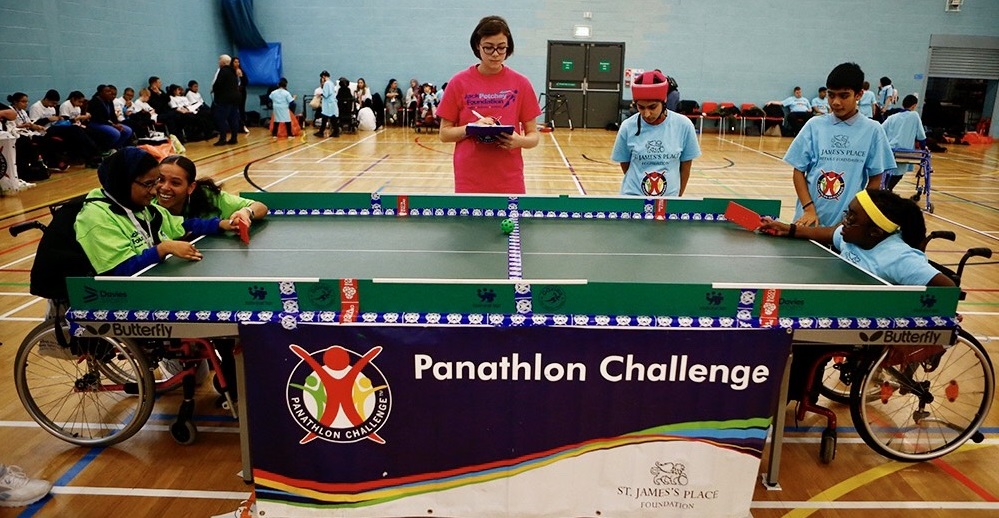 There were ‘Panathlon VIPs’ aplenty at Tuesday’s East London Multisport Final to witness Barking & Dagenham and Waltham Forest book their tickets to the Copper Box Arena in June.

Barking & Dagenham, who were crowned our London champions three years in a row between 2016-18 before losing narrowly in last year’s showpiece, will be back to try and regain their London Champions title this summer after winning this regional qualifier by a healthy eight points.

Were you there? Check out our full gallery of pics from the event here!

With wins in the boccia, table cricket and athletics races, the victors – made up of six schools from the Borough – scored 52 points to eclipse second-placed Hackney, with Havering and Newham joint third on 36 points.

Over on the other side of the University of East London’s Sportsdock arena, Waltham Forest were winners of the Plate competition, so they will go forward to the Copper Box in June to compete for the London Plate trophy. In all, there were 24 schools and 165 young people competing.

Amongst those observing the action was Steven Francis from the Jack Petchey Foundation, whose funding makes many of our competitions and training activity possible in London and Essex. It was Steven’s first visit to a Panathlon competition and he admitted he was “a little overcome with emotion” at witnessing the impact his organisation’s funding has.

“It’s an amazing experience, seeing the exceptional young competitors and speaking to the committed parents and school staff supporting them and the event,” said Steven. “It is great to see how Jack Petchey Foundation’s contribution is having an impact on their lives, their families and also highlighting to other young people what can be achieved.” 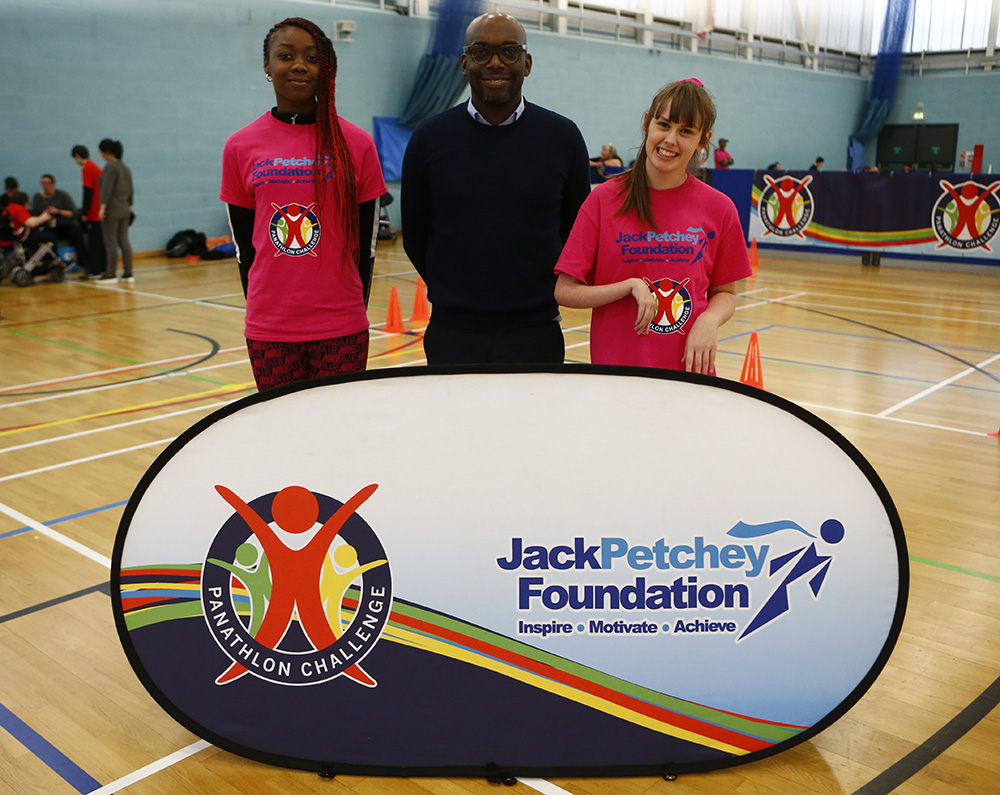 Being Young Leaders means both girls have ‘come full circle’ by competing for many years with us and now helping the next generation of athletes with disabilities and special needs to reach their own potential in the sporting arena.

“It’s so enjoyable, I just love giving back,” said 19-year-old Georgie. “This is so rewarding and all the other Young Leaders have been so supportive. They’ve treated me as their equal.”

Georgie’s mum Sue added: “Thinking back to what she was like in junior school to now, the difference is just unbelievable – and that is all down to Panathlon. It just builds these kids’ confidence so much that they feel ready to take on other challenges too. She has flourished. It has changed Georgie’s life – no doubt about it.”

Mercedes, 17, added: “We have a family trophy case because my three brothers do basketball and football and I’ve got a whole shelf for my Panathlon medals. I have saved all of my Panathlon t-shirts since Year 7 in a drawer – and I knew from the start that one day I was going to have this pink shirt! I’m going to keep adding to my collection.”

Also at the competition was Andy Haven and his son George. It was the first Panathlon event Andy had attended, so he was able to see the fruits of the blood, sweat and tears he shed to raise thousands of pounds for us by running six marathons in five days through the Atacama Desert in Chile! 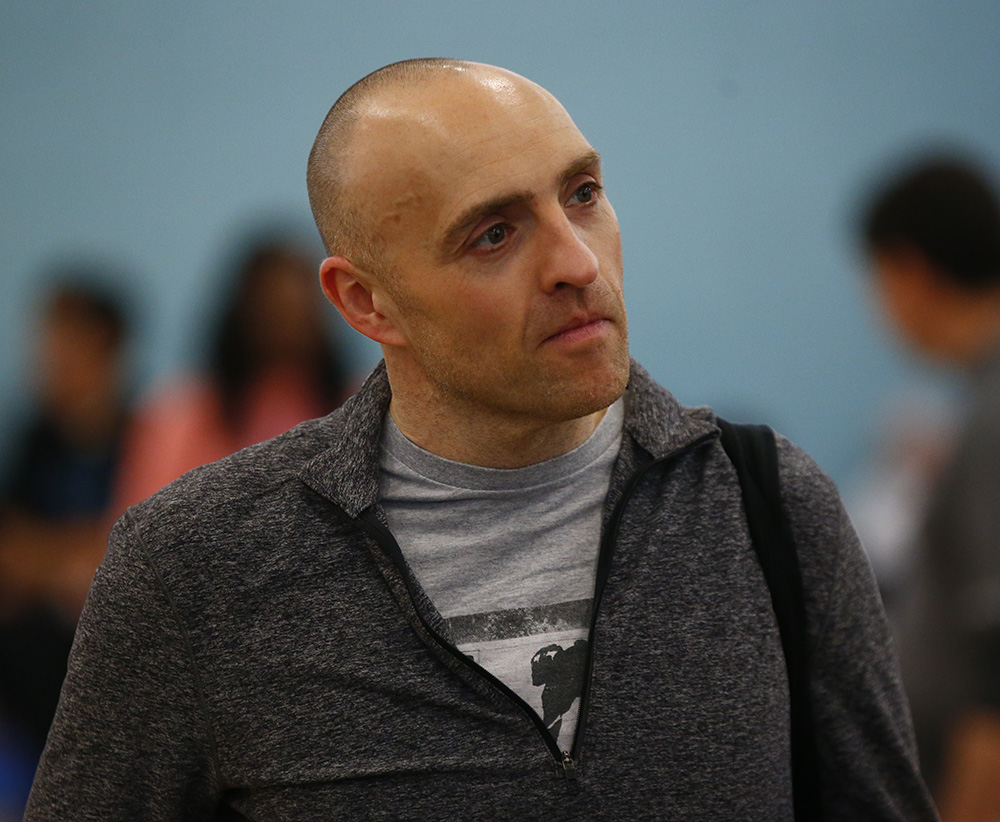 “I didn’t realise there would be such a broad range of events that allow all different abilities to participate. It’s fab,” he said. “Sport has been so important for me and my family so it’s wonderful to see from mainstream schools having the opportunity to be in a competitive environment.

“I think it’s important to encourage children to be active but also have that competitve edge. It’s not just sport where that’s important but every aspect of life. They’re going to have to push themselves, potentially more than children who are able-bodied, so it’s good to foster that and to see it here in practice is just really tremendous.”

Riverside Bridge were one of six schools who joined forces to form the Barking & Dagenham team and their PE teacher Nicholas Luxmoore commented: “This has been a fantastic day. It’s the first time our school has come to this event and it’s great to see the sporting values on show – a lot of cheering and taking turns, and ultimately it’s all about smiles on faces.” 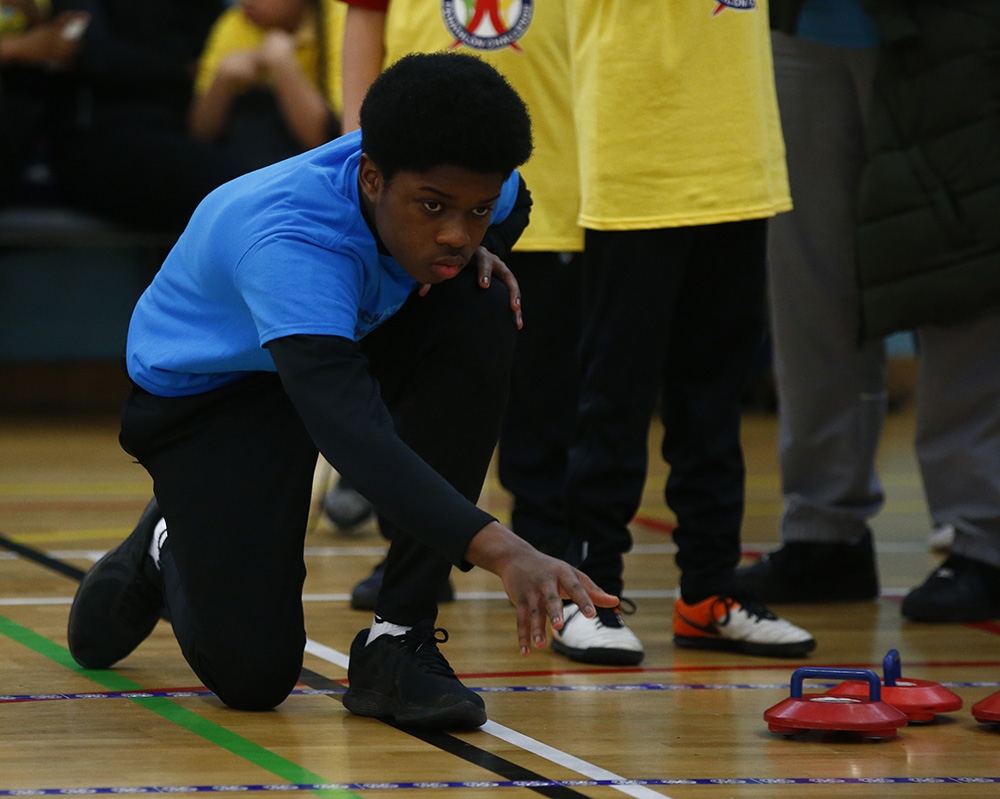 Doyen Pencile (above), 15, of the Hackney team said: “Everyone contributed on our team. It’s just about having fun, meeting new friends and trying new stuff. We can inspire each other. It shows people who don’t like sports that you should never give up!”

In the Plate competition, 14-year-old Awais Yaseen was delighted to win and seal Waltham Forest’s place in the London Final.

“It was brilliant,” he beamed. “It’s incredible that we’ve got through to the final at the Olympic Park. I was praying that we’d make it through. My mum and dad will be really proud of me. I feel like I improve with every Panathlon I come to. It’s really brilliant, awesome and inspiring!” 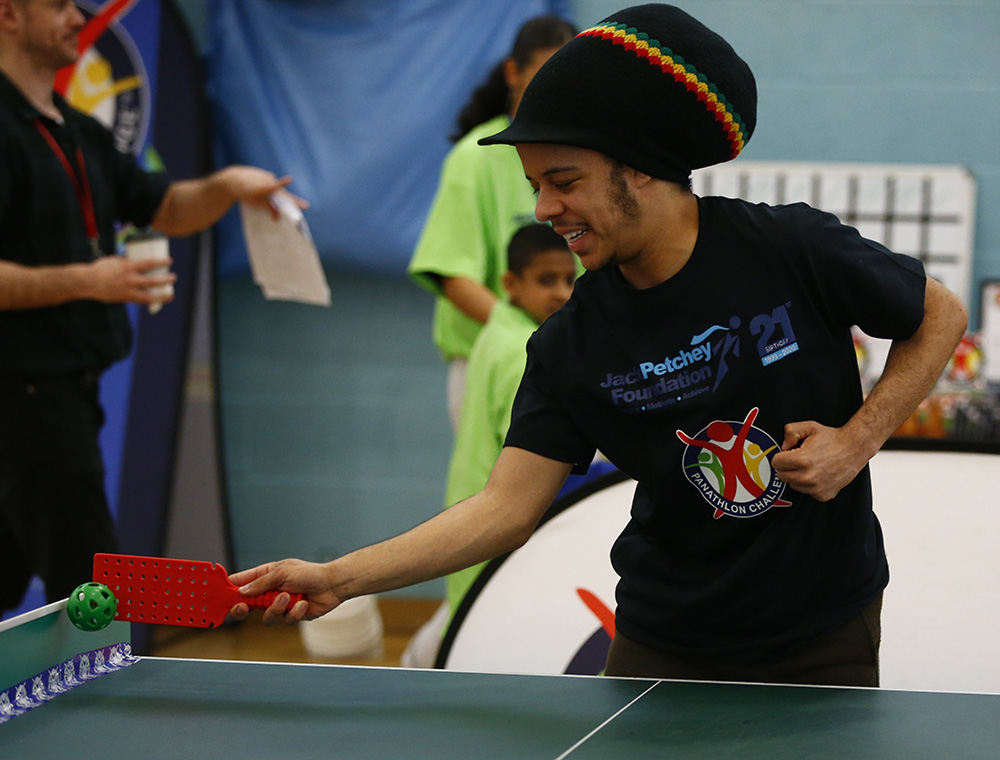 Islington finished just two points behind Waltham Forest in the Plate. Dave Bateman, PE Advisor from Islington Borough Council, works with many schools in the Borough and helps them take advantage of the opportunities that Panathlon offer.

“There’s just so many opportunities with Panathlon. It’s not just about the activities themselves, I think the children get a real sense of excitement, intensity and achievement from it. It really adds value and meaning for them. It is fantastic all round.”

The day’s fantastic Young Leaders were supplied by New Vic College and the University of East London.