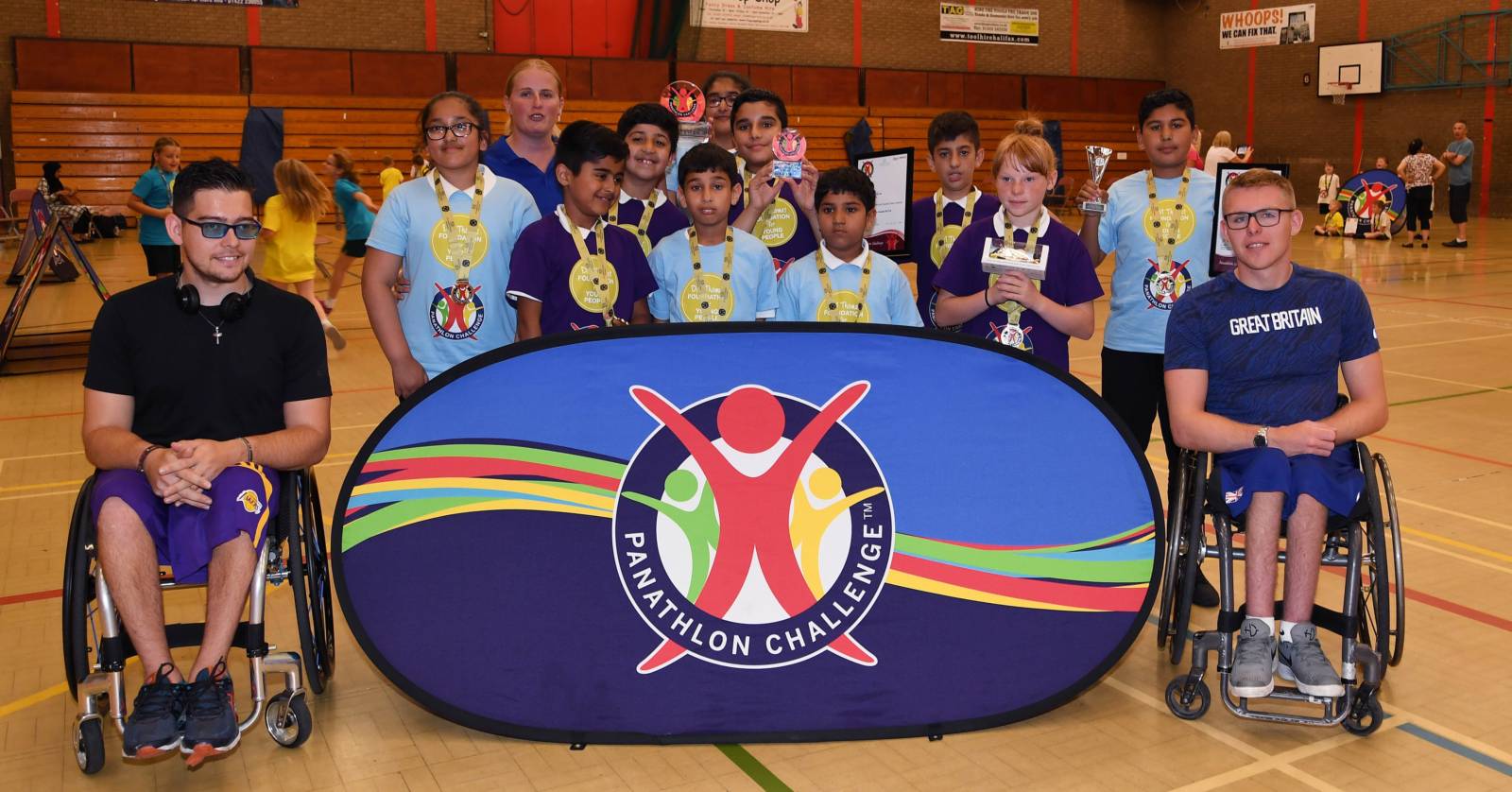 There was a triple celebration for St Augustine’s Primary School in Halifax on Monday as two star pupils took home 2017/18 ‘Highly Commended’ trophies as well as gold medals.

Rehaan Hussain, 10, and Daanyaal Nadeem, 11, were nominated for our West Yorkshire Primary Outstanding Achievement awards for their sporting achievements, which were announced at the Calderdale Primary Panathlon Final at Halifax’s North Bridge Leisure Centre.

And both boys proved just why those nominations were successful by leading St Augustine’s to victory and the title of Calderdale champions. Afterwards, they received their Highly Commended trophies from Great Britain wheelchair racers Nathan Maguire and Louis Speight.

Both Rehaan and Daanyaal have learning difficulties which affect their academic work, but they excel in sport – and Panathlon in particular. Dawn Kellett, Sports Development Officer at St Augustine’s, said of Rehaan: “He has been doing Panathlon for three years and absolutely loves it. He’s a really good role model – he’s always the first one to take the lead, demonstrating, guiding and advising his peers.”

Rehaan (pictured above left) is a member of a local boxing club and has captained the school team at tag rugby and football. The Calderdale event was something of a bittersweet moment for him as it was his last Panathlon before leaving for High School. “Panathlon helps us learn teamwork and sports skills,” 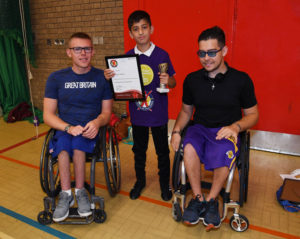 Daanyaal (pictured right) said he was going to put his trophy and medal on “my Panathlon shelf in my bedroom”. He has been selected for the Halifax Town U11s football squad and attends numerous sports clubs at school. Dawn said: “He loves his Panathlon and these competitions have played a good part in his progress. He needs a lot of reassurance and isn’t yet confident in his own ability but he is more than capable.

“Panathlon gives all our children an opportunity to compete that they wouldn’t normally get. For there to be a specific competition for them is brilliant. They all get to experience being part of a team and being competitive. We’re the Calderdale, West Yorkshire and Yorkshire champions, which gives them a lasting memory when they leave school.”

The Calderdale Primary Final was sponsored by the DM Thomas Foundation for Young People and was split into two pools. Pupils from St Augustine’s were divided into two teams and such was their dominance they won both pools.

Ripponden Junior and Infant School, competing in their first Panathlon event, finished fourth in Pool 2. Teaching assistant Suzie watched on as her daughter Ava beamed throughout the competition.

She said: “This is such a fabulous idea. We had our sports day on Friday and it’s the same kids going up to receive the prizes every time. The chance for these children not just compete but the best is priceless.”

Great Britain wheelchair race duo Nathan Maguire and Louis Speight were on hand to guide and chat to the competitors, as well as hand out the prizes. 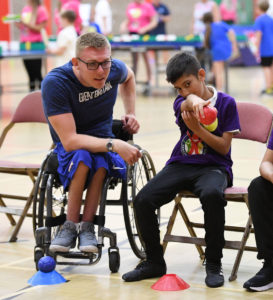 Nathan, who has competed at the Paralympics, Commonwealth Games and World Championships, is shortly setting off for Berlin to go for gold in the European Championships in the 100m, 200m, 400m, 800m and mixed relay. He is currently ranked fourth in Europe and firmly among the medal contenders.

“I went to mainstream primary and secondary school and there was nothing like this for me as a kid,” he said. “During PE lessons I used to play table tennis with my support worker while all the other lads were out playing football and basketball.

“You sometimes get mollycoddled a bit when you have a disability, but at an event like this the kids can be themselves, compete and have fun. That’s what it’s all about.

“It’s not just about the physical aspects, it’s learning about competitiveness and teamwork. I was lucky enough to have supportive parents and competing in things outside of school gave me that drive. Panathlon does the same for these children. They just come away from Panathlon so excited and get the thrill of competition that a lot of kids with physical and learning difficulties don’t usually get.” 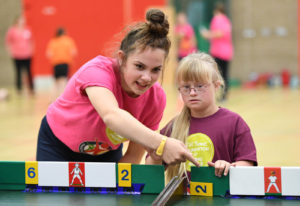 The day’s Young Leaders were provided by nearby Brooksbank School and included Thomas Green, himself a former West Yorkshire Outstanding Achievement award winner a year ago.

Fiona Armstrong, teaching assistant at fifth-placed Moorside Primary School, commented: “It’s heart warming to see just how good the Young Leaders have been with the children. They’ve all had smiles on their faces, they’ve been patient and genuinely interested in helping the younger kids do well.”

Click here to see a gallery of pictures from the Calderdale Primary Panathlon Final.

Our thanks go to DM Thomas Foundation for Young People for their support in staging the event and to Hays Travel for supporting our West Yorkshire Outstanding Achievement awards.