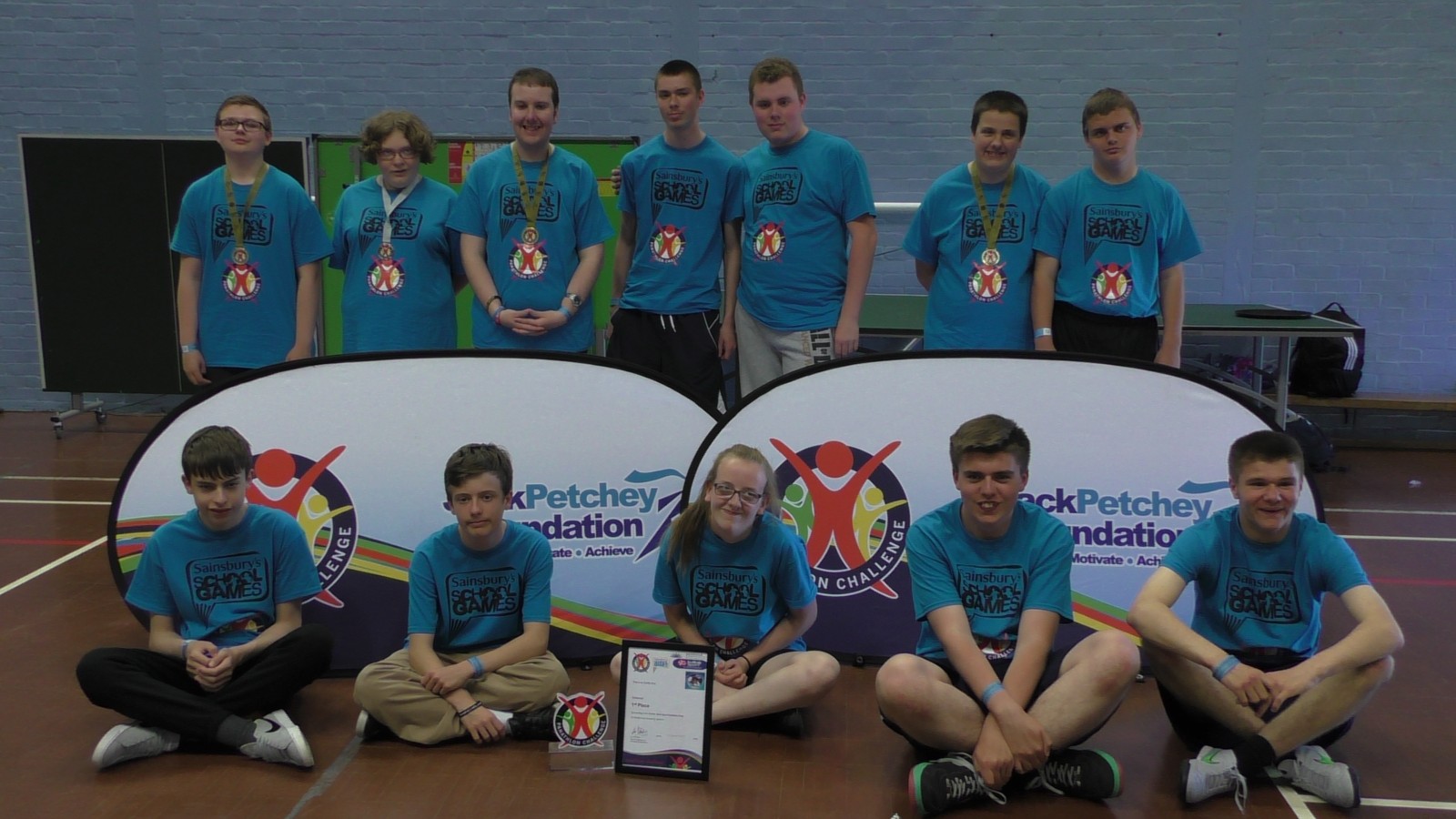 Sixty-seven students from six schools competed at Westbourne Academy for the Suffolk Panathlon final, part of the Suffolk School Games.

We were joined on the day by Neil and Charlotte Holloway from the Emma Holloway Foundation, who were there to help present medals and award the brand new Volunteers Award to two very special young leaders.

There was a fantastic atmosphere throughout the day, but it was the strong team from St Edmundsbury made up of Priory and the Riverwalk Schools who won convincingly.

They won four out of the six disciplines, which separated them from Thomas Wolsey school in second place by a massive 12 points. For a full set of scores see our results page.

St Edmundsbury will now represent Suffolk in the East Regional Final in the autumn, where they will be looking to defend their title from 2014.

Two fantastic young leaders, Tyler Westbrook and Lewis Dix, received a very special award at the final. The two young boys have helped at multiple Panathlon events throughout the year, including the primary multi-sport and secondary multi-sport competitions.

They were identified as outstanding leaders and due to their fantastic enthusiasm they were invited to the Panathlon London final at the Copper Box Arena in the Queen Elizabeth Olympic Park to officiate the sports and represent Suffolk.

Due to their incredible commitment this year we would like to thank them by awarding them the first Emma Holloway Foundation Young Leaders Award.

Thank you to the Emma Holloway Foundation for your continued support.