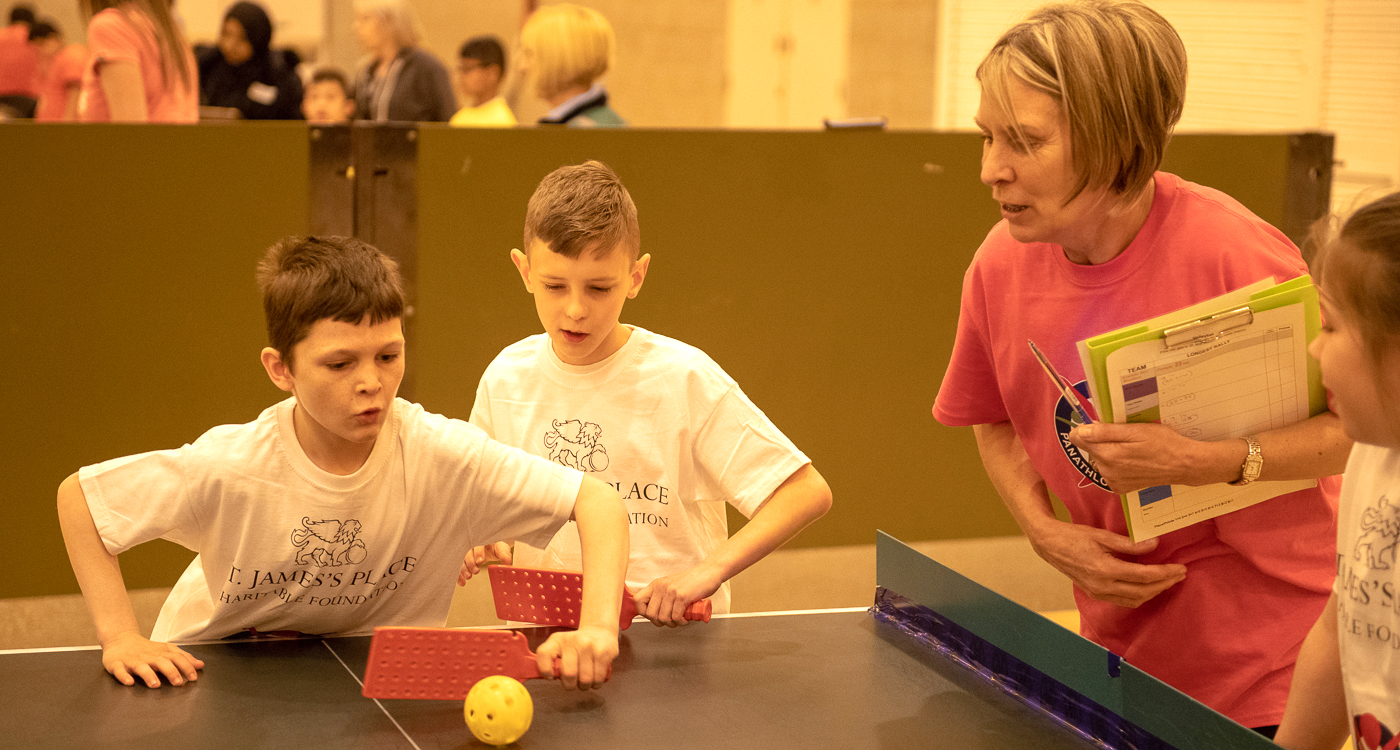 The Foundation is Panathlon’s principal sponsor and six staff from the St. James’s Place office in Solihull got to see the fruits of their fund-raising labours first hand. They helped officiate and guide disabled children from nine schools throughout Monday’s competition at Nechells Wellbeing Centre.

Pupils from Great Barr Primary School were crowned overall winners with a total of 68 points, with New Oscott in second just four points behind and Topcliffe earning bronze with 61.

“This is unbelievable,” said Vicky Bullivant, Senior Risk Manager and St. James’s Place Charitable Foundation Committee member. “This would normally be a normal Monday morning in the office for me, so to be here in this inspirational environment means so much.

“The teamwork and camaraderie are amazing to see. When I get back to the office and bang the drum to raise money, it’s because of things like this. It makes me really proud to see the impact it has.” 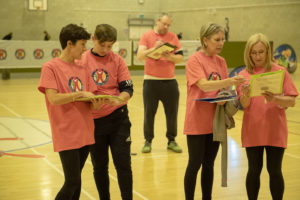 Colleague Anne Wilkes was a particularly enthusiastic helper on the Polybat table. “It’s so exciting – it’s the most enjoyable thing I’ve ever done!” she beamed. “Being part of this is so special and the children are really competitive.

“Seeing what the Foundation’s money can do makes me quite emotional. This should be available to all disabled children anyway, but thankfully organisations like ourselves are able to give them an opportunity, which is what every child deserves.”

Senior partner Mike Atkins said of his first Panathlon experience: “Seeing the children challenge themselves, then get the result they were after and smile – that’s the prize for us, seeing them achieve. I’ve certainly shed a few calories too!

“We in the Foundation try to makes people’s lives easier in whatever way we can. 91% of staff donate their own money and St James’s Place match that amount. Ultimately, society is only as strong as the weakest people in it, so our role, in our own small way, is to address that in any way we can. We do it for genuinely human reasons.” 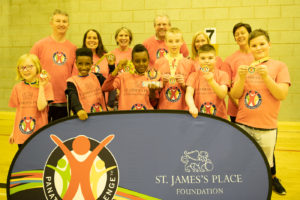 There was delight amongst staff and pupils of the victorious Great Barr team (left) in just their second Panathlon competition.

Luke Stevens, the school’s Sports and Health Mentor, commented: “Since our first one, the children have been counting down the days and asking us constantly, ‘When’s the next Panathlon?’ – so to win it is fantastic for them. We’re very proud.

“A big factor is that they’re learning team skills and social skills, as well as lots of different physical skills. We’re a fully accessible mainstream school, so everything is inclusive, but these kids wouldn’t necessarily get to take part in external competitions – that’s what makes it an especially good opportunity.”

Lilleth Baisley, aged nine (far left in the pic above), added: “It feels so exciting that we’ve won. I can’t wait to see my mum and dad – they’ll say, ‘Oh my gosh!’ My dad is going to build a shelf for my two Panathlon medals and all my others from Brownies.”

Neve Allen was part of the second-placed New Oscott team, just a week after her stunning bronze medal in the under-14 girls’ wheelchair race at the London Marathon – this despite being only 11! 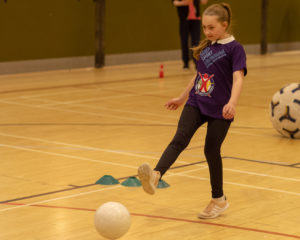 “I did loads of training with my dad and I was nervous the night before, but seeing all the crowds cheering was just really nice,” she said. “People were shouting, ‘Go on number two’ and that was my number! Afterwards I got to meet Seb Coe and I can’t wait to get my medal through the post.”

Neve (right) is a veritable Panathlon veteran, having competed many times for New Oscott. “I just love this team,” she reflected. “We all work together and try our best. I was never really into PE to start with, but since Panathlon everything’s changed.”

Teaching Assistant Lindsey McMahon added: “We’re so proud of her. She just works so hard all the time.”

There was also pride written all over the face of PE Lead Dawn Gosling, of fifth-placed Timberley Academy, particularly for the performance of 10-year-old competitor Mitchell Regan.

Mitchell is the reason Timberley first expanded their sport provision for pupils with disabilities and special needs by joining the Panathlon family.

“He kick-started it all,” Dawn said. “Every week he saw children from the mainstream school go up and get trophies and certificates for sport and he said, ‘When will I win a medal?’ That moment got the ball rolling – I felt it was important children from our resource centre got that chance as well. 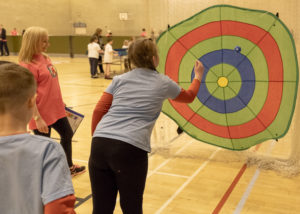 “Since we started Panathlon, he and others have got that chance to go up to the front in assembly. He’s changed the whole face of our PE as well, as we now do special sessions on Friday with the resource children to build up their confidence and give them something to suit their needs.”

Mitchell (pictured) commented: “It used to make me really sad when I couldn’t join in, but Panathlon lets me build up my skills. It’s quite exciting. Playing these activities is really fun.”

There was a similar tale from Sarah Banks and Liam Mansell, respectively Deputy Head and PE Co-ordinator at Rosary Catholic Primary School, who finished sixth.

“When we started Panathlon three years ago, it inspired our kids so much we bought the same equipment that they use in the competitions, so we could practise all-year round and run special after-school clubs,” he said.

Sarah added: “You can see the joy on their faces and that’s partly because ordinarily they wouldn’t be selected for competitive sports. To have them here today and enjoying it so much is amazing.”

Neil Dawson, Head of PE at fourth-placed Wilson Stuart School, was still glowing after leading the school’s secondary-age team to second place in the Lord’s Taverners national boccia final. Facing 10 others schools, they were beaten only by the reigning champions in the final, an achievement he said “made us all immensely proud”. Six of the 10 teams in the final were schools who compete in Panathlon competitions. 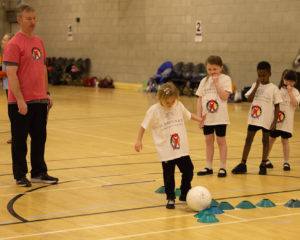 As well as volunteers from St. James’s Place Charitable Foundation, also helping out with officiating and organising the day’s events were six students with autism from nearby Queen Alexandra College, a specialist establishment for disabled young people aged 16-25.

“These students are all doing BTEC sports courses and they love taking part as sports leaders here,” said Sports Tutor Wendy Salmon. “It really improves their confidence and ability to deal with others, helps them learn to solve problems and deal with challenges.”

A full selection of images from the gallery are here.

Thank you to Sport Birmingham for their support in staging today’s competition, as well as staff from St. James’s Place Charitable Foundation and students from Queen Alexandra College.