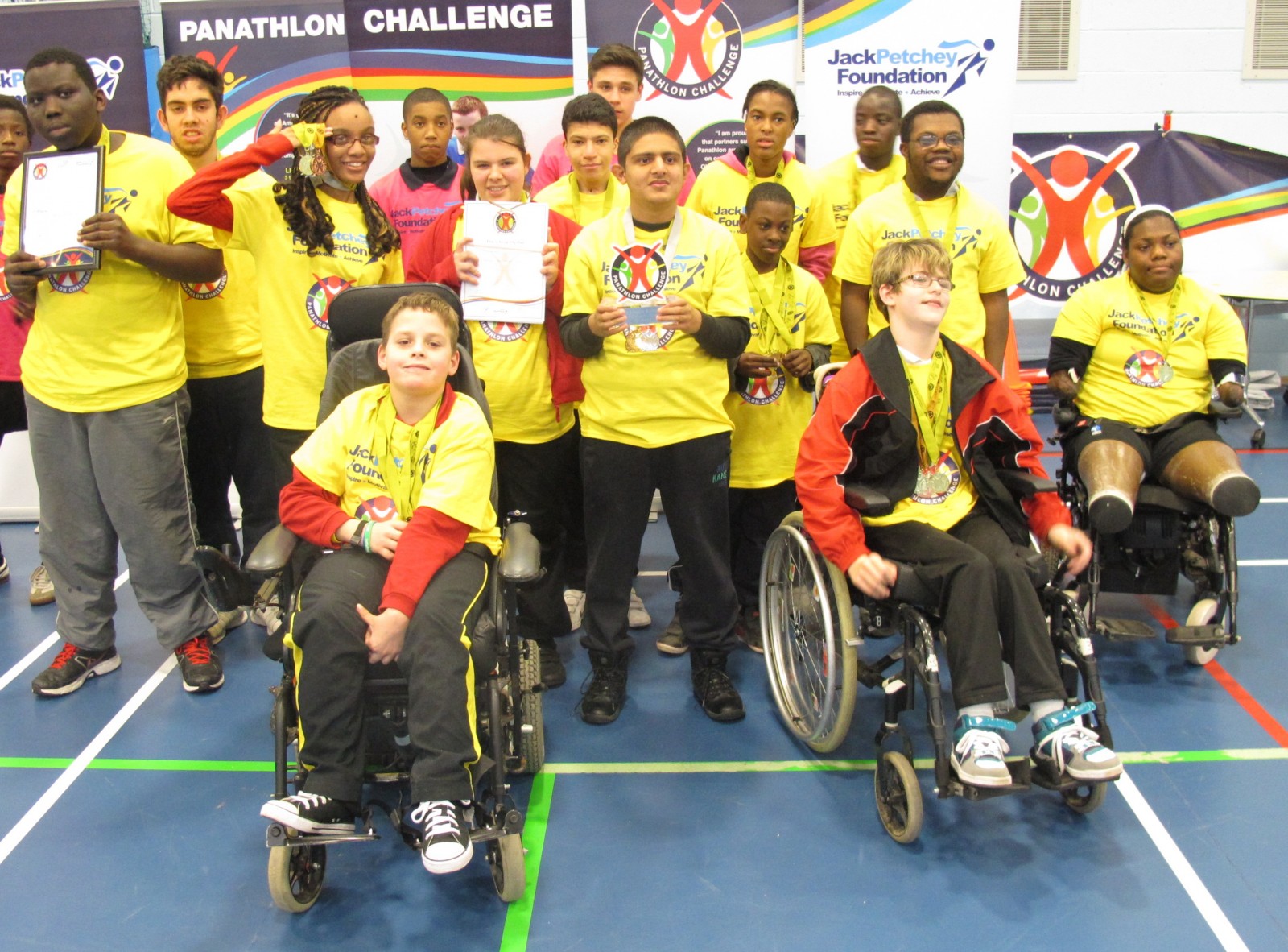 Today was the last first round London Multi-Sport competition and the second South Competition of the week. Congratulations to Croydon and Lambeth for making it through to the Champions Final whilst Lewisham & Southwark will be going to the Plate Finals to compete again.

The Croydon Teams performed brilliantly throughout today’s competition. Their New Age Kurling Team won all their games, they never conceded a point and scored 16 points in their 9 ends. Their Boccia team had tougher competition, particularly against Lewisham, that they won 3-2 on the last end and went on to win all their matches. Croydon’s Polybat Team won all their matches also; though against Lambeth they were stretched to the limit with 2 sets going to deuce/advantage (10-10). Southwark’s Enoch & Molly played well in the Polybat in particular.

Lambeth showed great consistency throughout the day, finishing with 8 points in every event. Their Ambulant Racing Team were particularly strong, winning that race within tight competition. Harry, Alex & Afaaf performed well in the Polybat and were very close to Gold.

Lewisham won the table cricket competition in style, they scored an enormous 321 against Lambeth, who themselves scored an impressive 293 in reply. Lewisham’s player 1 scored 32; the highest score of the day. You can see the full set of results here.

Marie Steffen from Drumbeat School in Lewisham told me, “We’ve had an amazing time. We get involved in a lot of competitions & sport leagues in South London, though all of them are suitable for my more able children. Today I have involved students that wouldn’t normally access competitions as these children are more severely autistic. In our PE we train in New Age Kurling & Boccia, so it’s great they have been able to come here and have the opportunity to perform and to experience this.”

Tenish from Rye Oak, Southwark said, “This is our first time at a Panathlon and we’ve done really well. The kids have loved receiving medals. I really like that they all have a medal for all the sports they’ve done!”

A special thank you to St Matthews Academy for hosting the competition. Mr McCann, deputy head at St Matthews said, “It is a real pleasure for St Matthews to be involved in such a magnificent event.”

The 17 St Matthews leaders lead the competition with great commitment and skill.