Our 2019 Jack Petchey Outstanding Achievement award winner, Mercedes Jacdonmi, may have moved on to college this year – but her long and illustrious Panathlon journey is set to continue.

The honour rewarded not only Mercedes’ talent as an athlete – which was first sparked by Panathlon –but also her remarkable tenacity, positive attitude and keenness to help others – all despite the huge setback of becoming severely visually impaired at the age of eight.

Mercedes has now left St Angela’s Ursuline School in Forest Gate, east London, whom she represented at many Panathlon competitions, to study a BTEC in Business at New Vic Sixth Form College in Newham. However, her journey with Panathlon is set to come full circle early in 2020.

She has signed up to be a Young Leader at New Vic and is set to don one of our famous pink leaders’ t-shirts at our East London Multisport Final at the UEL Sports Dock in March. 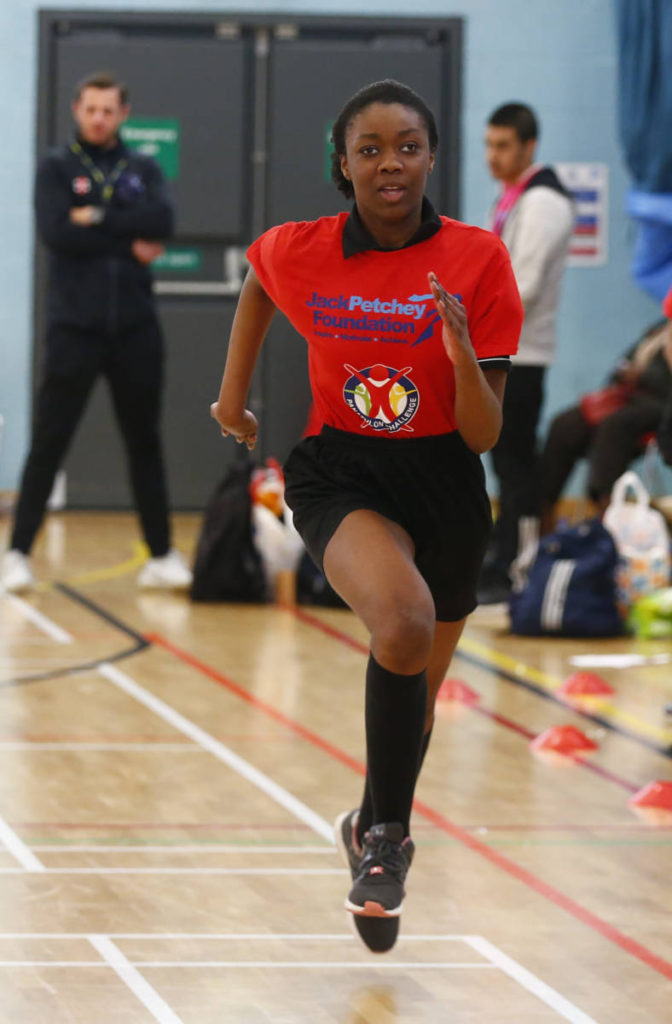 It was aged eight that Mercedes was diagnosed with hydrocephalus – a condition which sees cerebrospinal fluid accumulate in the brain and causes increased pressure on the skull.

In Mercedes’ case, it caused damage to her optic nerve and her sight could not be restored. Her suddenly limited vision caused her many challenges and even crossing the road became a task fraught with danger. It had a huge impact on her confidence.

It was after joining St Angela’s in 2014 that Mercedes first started competing in Panathlon’s specially-adapted sporting competitions. There, she discovered a love – and talent – for sprinting. She was spotted by the man who was to become her coach, and she is now a member of the British Paralympic Visually Impaired squad.

“I learned from Panathlon events never to complain, because there are others who may have their own challenges and they still try hard and succeed. Panathlon really helped me in so many ways,” said Mercedes.

Mercedes’s mum Sheila added: “I’m so proud of her. Her disability did not hold her back, it just made her go. Nothing has stopped her doing what she wants to do.”

The Newham girl is one of Panathlon’s quickest ever athletes and is still revered by St Angela’s pupils as a role model and natural leader.

St Angela’s PE teacher Leigh Stevens commented: “She’s got that super-caring personality, she wants everyone to do well. I think that because she’s gone through that process, felt scared, not very confident, she now sees that in other students and wants them to build their confidence like she did. 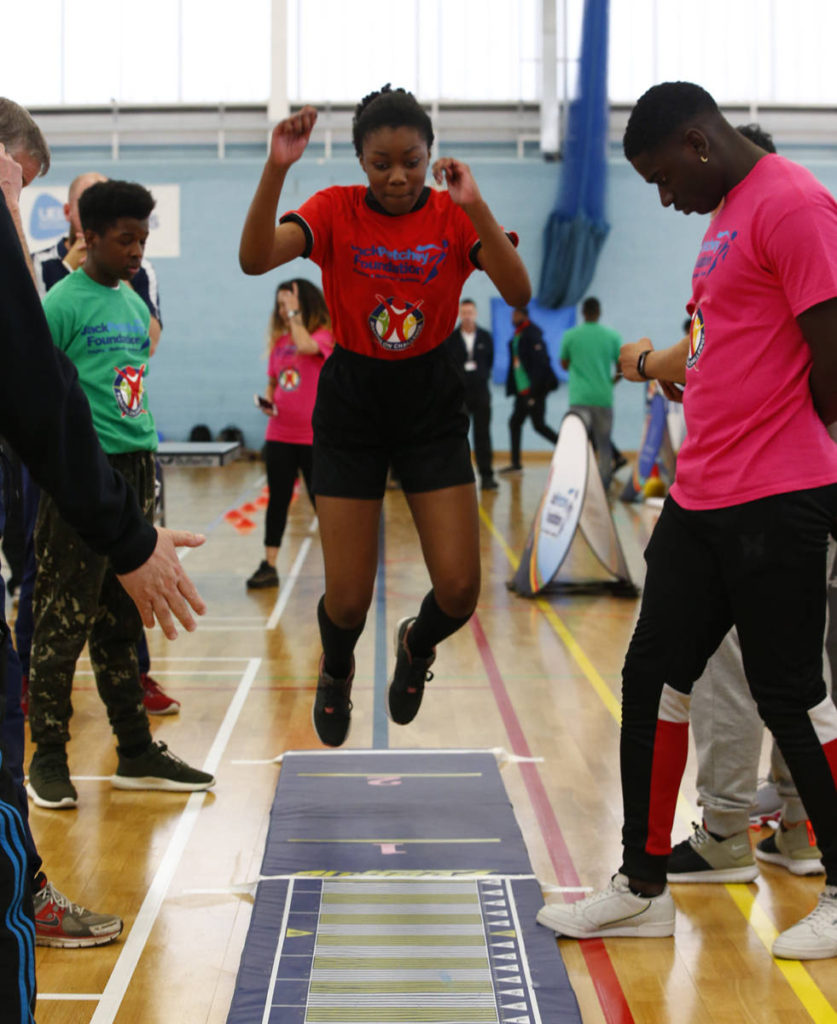 “She’s left us now, but if we go to a competition, the girls will be like, ‘Remember when Mercedes did this?’ They’ve got big boots to fill. They do miss her. They might not shine in PE lessons, but at Panathlon events they really see they’ve got so much potential, and they are good at sport, they just need the right opportunity to shine.”

Mercedes has represented Newham numerous times in the Para Athletics Games, winning gold medals in the 100 metres and long jump. In 2015, she earned a place on the Talent Inspiration Programme and attended a three-day residential learning experience in Manchester.

She finished as runner-up in Panathlon’s 2017 Jack Petchey Outstanding Achievement awards in the Young Leader category for the many times she took responsibility for the development of others less able than herself. She also earned a Level 1 qualification in Sports Leadership after developing her leadership and coaching skills on a two-term course with Sports Leaders UK.

Her school teacher Miss Stevens added: “Mercedes has come to grips with her new way of seeing; her ability to recognise people by their voices and the sound of their footsteps are outstanding.

“Each day she faced difficult battles to access classwork, as print would need to be written in font 58 in order for her to see. In class, tasks often taking for granted, such as reading from the text book, did not faze Mercedes. Instead she embraced the challenge by regularly contributing to lessons and being proactive with her learning.

“Speaking with other teachers who have worked with her, they all say the same thing: Mercedes was an inspiration with her ‘can do’ attitude. She never let her disability hold her back.”