John Stubbings, Woodland Group Director and Company Secretary said, “Dexter has overcome so many challenges and is encouraging and supporting of others. The person who comes first is not the only winner, winning also means doing better than you have ever done before, something Dexter does and encourages others to do, therefore a true winner.”

Ten year old Dexter is profoundly deaf and autistic. Prior to joining Mildmay school in year 3, Dexter had been struggling to join in with school activities and found dealing with situations difficult for him to manage.

He would often get angry and would want to run, making out of school trips very difficult. The sensory element to autism coupled with his profound deafness is a tricky balance for him and he found it very difficult to regulate his emotions, especially in unfamiliar situations and when things did not go his way.

He also found competition difficult, struggling to cope with not winning and seeing others succeed over him.

Fast forward two years and he is in a far better place and this is where Panathlon has played its part. 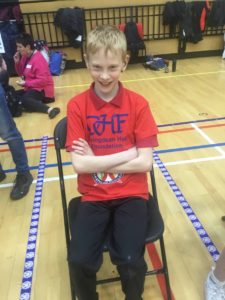 Five years ago at Mildmay Junior School in Chelmsford the school’s Deaf Resource base had limited opportunities to take part in competitive sport – or indeed any extra-curricular activities at all.

A call from Panathlon in early 2015 changed that. Deaf pupils’ achievements are now celebrated regularly by the entire school as they return from competitions displaying medals and trophies, and sharing their stories of competing in amazing Olympic venues.

Dexter has benefitted from Mildmay’s involvement, he always enjoys the Panathlon events and has never displayed any of his negative feelings at any event. Furthermore, he has shown himself to be a good sport and has encouraged his school mates to do well. Mildmay have not won a Panathlon event whilst Dexter has been involved but this has not once been a problem.

The nurturing and celebratory nature of Panathlon has meant that regardless of Mildmay’s standing in the competitions, Dexter has been able to show himself proud of his achievements and the achievements of others.

Simon Ash, a Teacher for Deaf at the school said, “This, I believe, has really helped to transfer this mindset into other school situations. It has led to us choosing him to be a deaf peer mentor, helping to support the younger children in our resource base with their own issues using his experiences”

This was demonstrated at the recent deaf swimming gala, where Dexter was supportive and encouraging to these younger children, many of whom were attending their first event and one was even a non-swimmer. His supportive nature really helped to reassure them to just ‘have a go’ and to try their best.

“Dexter has proven himself to be a fantastic role model for our other deaf students,” said Simon.

“His positive mindset has meant he has become a mentor and role model within the Deaf resource base, to help guide and support the younger children with a range of problems.” 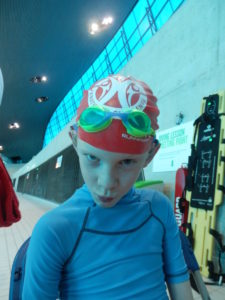 He has shown many of the qualities that a young leader shows at the Panathlon events and if Mildmay holds a ‘Covid-19 era’ event at school, leadership is certainly the role Simon envisages him taking on and relishing.

Mildmay’s progression as a school within the Panathlon programme has also seen the school team up initially with Tanys Dell School from Harlow in swimming.

“Swimming is one of our proudest Panathlon moments,” reflects Simon. “Initially we were a combination team, we all got in the pool and tried their best, smiling throughout. We competed against five other primary teams and despite being mainly non-swimmers, we came second and earned silver medals! Now we have our own team every year!”

“Our children are always extremely proud when they return to school after a Panathlon event with medals and certificates. It really makes them feel like they have achieved something amazing.” 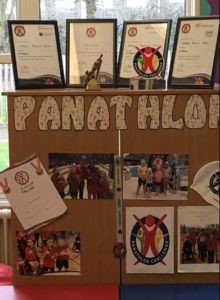 “In our resource base room, we have a display [pictured left] which celebrates these achievements. The children are always keen to show visitors this collection and are always asking when the next competition will be, so they can add to it.”

“I would say to all schools with SEN, disabled or sensory-impaired children that they should definitely get involved with Panathlon and should try to do as much as possible.”

“For us, the opportunity to go out of school and meet new people with similar needs is fantastic. Social and emotional development are so important for deaf children, and the chance to meet older role models – as well as new friends – is extremely rare for many of them outside of Panathlon events.”

This is so for Dexter. This turnaround is a credit to Dexter and his family and Panathlon has given him and others at school opportunities to develop and build skills which he is actively using daily at school.

Tony Waymouth, Chief Operating Officer of the Panathlon Foundation said, “Dexter Hanmer is a worthy recipient of the Woodland Group Essex Boys Outstanding Achiever award and embodies all values and the ethos of Panathlon. This award also shows how Mildmay Deaf Resource base has embraced Panathlon and is recognition of a student who has thrived through his and the school’s involvement with us.”

Many thanks to our other sponsors of the Primary Panathlon and Deaf programmes.