The Merseyside area has been one of Panathlon’s hives of activity for many years, engaging young people with disabilities and special needs in sport.

Panathlon Events Officer Steve Sullivan, who spearheads the programme, believes it’s vital to create a lasting legacy through the scheme, saying: “We’ve been building on our events for a number of years. All our Panathlon events are based around building pathways.

“We won’t do one-day events to be a tick in the for box for a national governing body, we are building a calendar and a full programme around it. We don’t do inclusivity sport; we do disability sport.”

Steve noted that the number of opportunities available to local schools increased numbers participating in the programme:

“We’ve staged 22 events this year. Some of the bigger events, such as the athletics, we’ve had to split them into two as 450-500 kids attend those events, which is too much for one day.” 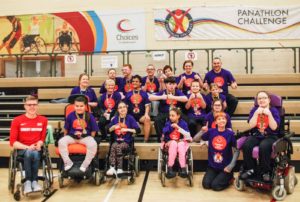 Sullivan is eager to emphasise that the programme he runs is not a one-size fits all approach and that schools have an influence on the activities the charity provides:

“I ask the schools what they want outside of core Panathlon programmes, and we put together pathways, it’s part of their curriculum.

“We’ve got to do what we do as Panathlon Events Officers, to try and keep that development side of it going and also to satisfy what the schools want.”

Sullivan applauded the current pathways in place in the area and described some of the success the programme has had:

“12 of our kids at Sandfield Park school qualified for the North West side who won the Activity Alliance National Junior Athletics Championships in Derby last year.

“It’s the first time they’d been involved in athletics, to then go on to be national champions is an unbelievable achievement. 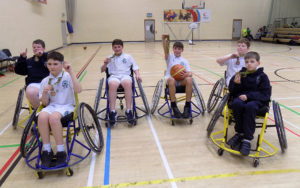 “Elsewhere, at a school on the Wirral, they’ve taken to wheelchair sports, and have 10 chairs which were funded by ourselves. They use them in an after-school wheelchair basketball club.

“The Vikings basketball club is also based there, that’s the development pathway that’s happened over the years.”

Sullivan said further success was evidenced from a school with a table cricket course, adding: “They’ve just had a tournament and now kids are going to Lancashire for the regionals and then to Lord’s for the national table cricket finals.”

When discussing further improvements to the programme, Sullivan said there was one area in particularly that Panathlon would like to develop:

Panathlon thanks the Greenbank Academy for hosting Steve and having access to the venue to host our events.