Panathlon impacts positively on schools in many different ways. At John Watson School in Oxfordshire, it has inspired a partnership which is giving disabled, SEN and mainstream pupils a rare opportunity to participate together in competitive sport.

John Watson – a special school for 2-19 year olds – has been competing in Panathlon’s primary and secondary programmes for the last five years. The experience has bred confidence, skills and motivation in its pupils, according to teacher Natalie Smith.

“Children who don’t perform a lot of physical activity have realised they’re actually really good at some of the activities that they probably would never have taken part in beforehand,” she said. “It’s definitely had that impact. For some of them to realise they’re actually no different to anybody else; it’s huge for their self-esteem.”

“As well as giving our SEN pupils more competitive sport experience, we’ve looked at specifically including mainstream children who don’t see themselves as sporty, so might miss out on competitions,” explained Natalie. 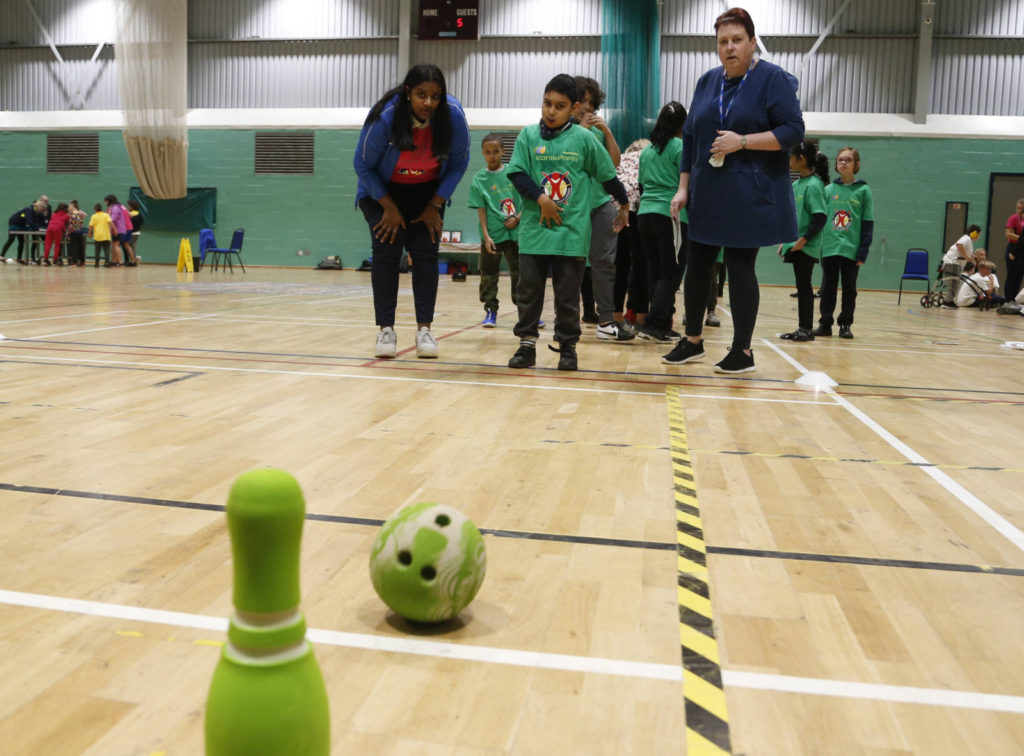 “Our first event was very successful with great feedback from headteachers from both schools, prompting orders of equipment used in the event. All pupils loved it and it encouraged communication and integration amongst mainstream pupils and SEN pupils. It was a lovely sight to see!

“Hopefully the event exceeded their expectations, so they think, ‘actually, I can do this!’ We’re hopeful it will now help build up leadership and confidence skills.”

We caught up with Natalie as John Watson students competed in our inaugural National Primary Special Schools Final at the prestigious Stoke Mandeville Stadium – the birthplace of the Paralympics.

“I’ve noticed there has been further engagement in PE lessons since we’ve been involved with Panathlon,” she said. “We’ve bought similar equipment and it has really motivated the less sporty pupils to do it for the competitions.”

Nine-year-old Elijah Perry added: “I’ve had so much fun – about 10 out of 10! The boccia, basketball and kurling are my favourites. I will show my mum my medal and she will say, ‘well done!’. I will hang it on my wall.”