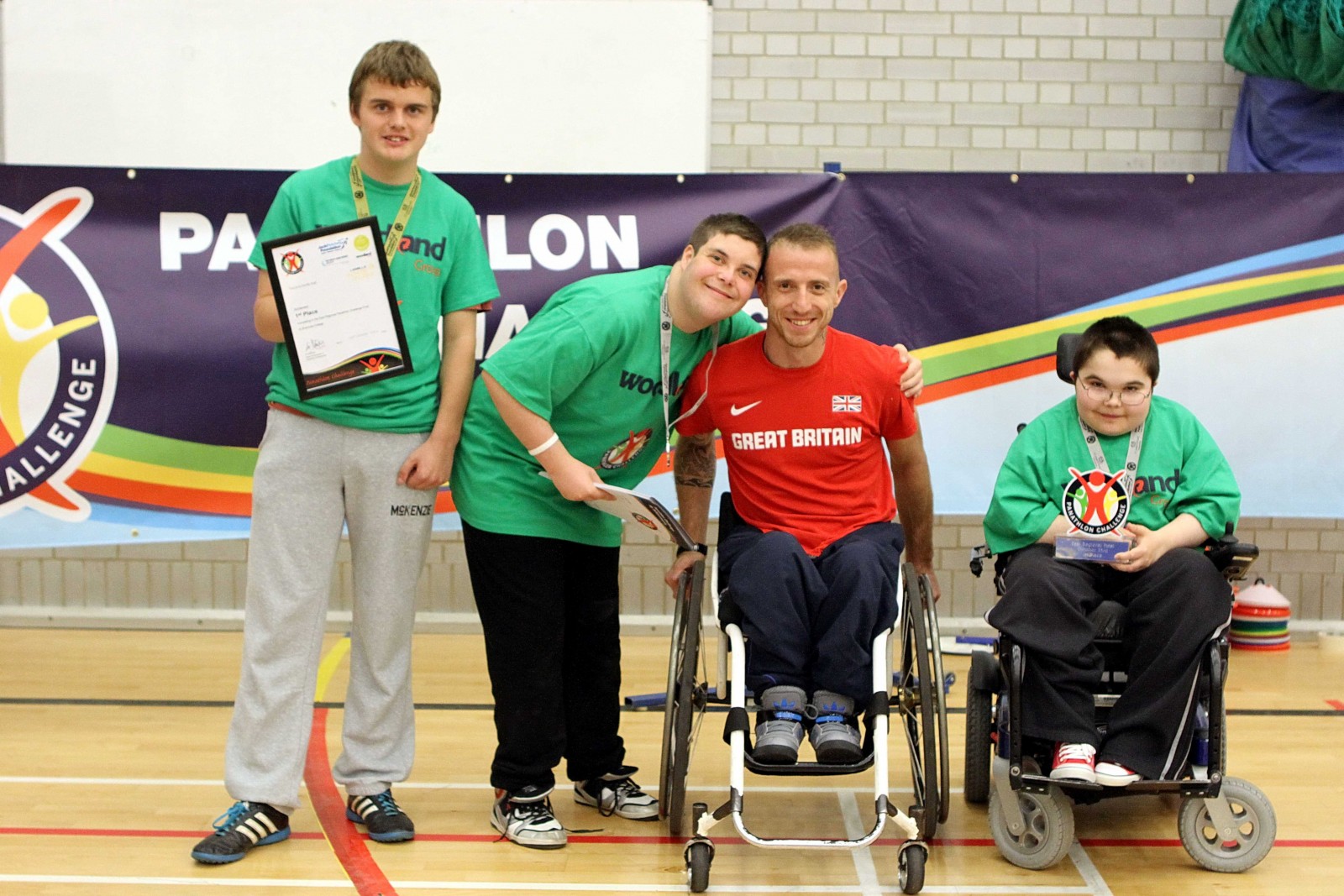 Priory and Riverwalk schools raced to victory today in the first ever East Regional Final, between the Champions of Essex, Suffolk and Cambridgeshire.

“This is pretty amazing,” said Jane Chave, PE teacher at Priory School. “We didn’t think we’d achieve this today. The kids are delighted. It’s a reward for their teamwork. You’ve got children here who don’t normally gel very well and to walk away with the trophy as regional champions is a pretty awesome achievement and shows great teamwork.”

The Suffolk Team, made up from Riverwalk and Priory Schools were successful in Table Cricket and Polybat in the morning sports, just ahead of Chelmsford who won Boccia & Kurling and Thurrock who won the Field Athetics events. This meant any of the 3 teams could win the inaugural Champions title going in to the afternoon races. However a strong performance from Team Suffolk saw them increase their overall lead and become our first ever East Regional Champions. Full results click here.

Priory School pupil Melissa Fletcher, part of the winning Suffolk team, said: “I’m very happy. We’re all really excited to get the trophy. It’s been a really good day. We played table cricket and I was really nervous. I thought we’d come last, but we came first. I’m very happy to have a gold medal!” 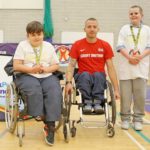 We were delighted to have the company of Richard Chiassario, Team GB wheelchair racer for the day and he delighted in the enthusiasm and skill of the competitors. “It’s been a great day. The kids have loved it and it’s great to see them all competing against each other. The atmosphere has been amazing.  I’ve been to a couple of Panathlon events before but this is the first regional final and the standard has been really high. These guys have been the best in their county and now they are here competing at the next level up.

“There was nothing like this available to me when I was a kid. I wish I’d had the opportunity that these children have got. What Panathlon are doing is brilliant and I’m really happy to be here and try to inspire these kids to keep doing it.”

Brianne Hogg, PE co-ordinator at Riverwalk School said: “It’s been fantastic. This has been the first time I’ve been able to travel with the team and it’s been great. All our students have taken part and they’ve really enjoyed it. We’ve had a great day. It’s amazing to be representing Suffolk. We’ve never represented the county in anything before, so that’s great. It’s a once-in-a-lifetime opportunity for our students.

“Some of our students here today aren’t those we’d normally get to go to sporting events, so qualifying for those is a great  experience. It’s great for the kids. It’s obviously good exercise, but it also gets them to work as a team. It gets them meeting new people and is great for team spirit. We’ve won today, but Panathlon also helps them learn that it’s OK if you don’t win everything.” 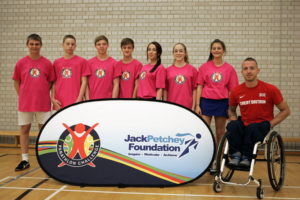 Our Leaders today were from Colchester High School and the College at Braintree, and they did a fantastic job.

The next two Regional Finals are at Surrey Sports Park on 4th November for the Southern Counties and at Stoke Mandeville on the 5th November for the Central Counties. Thanks to funders including Les Mills, Peter Harrison Foundation and Hilton in the Community Foundation for supporting these new Finals.