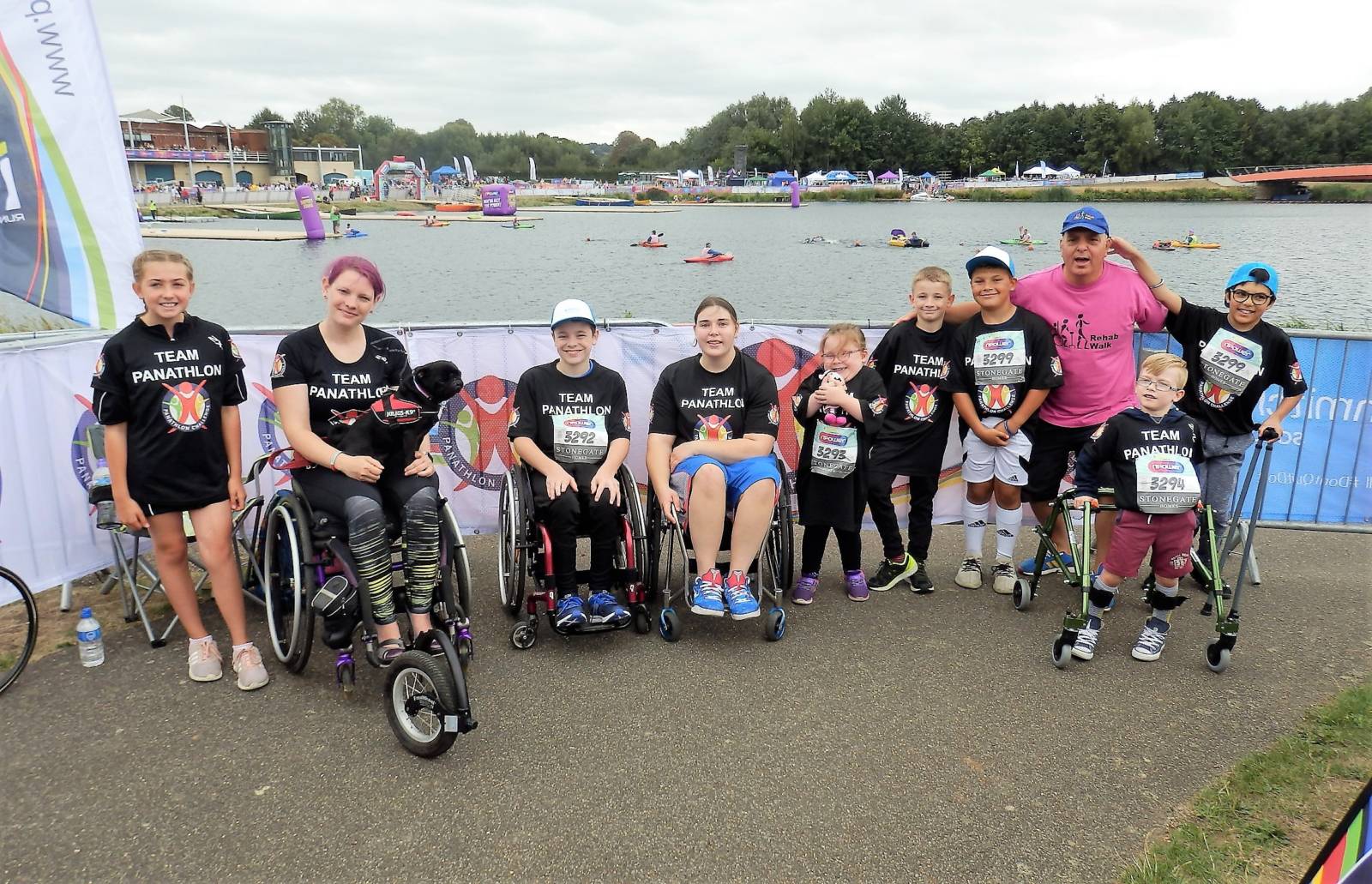 This included charity Patrons, current competitors, GB international athletes and new friends of Panathlon, in a range of disciplines from the half Olympic distance right down to the tri-sprint distance. (Including Freddy Grey making his debut, pictured below left)

Even our own Freya Levy, Panathlon intern and G.B. athlete took part with Lottie and Jamie in one of the celebrity teams. She said: “It was fantastic to partner some wonderful young competitors in this amazing event.

“Superheroes Triathlon and Panathlon are a great partnership as they mirror the same ethos, competing no matter what barriers life throws up. It is amazing to see the ‘can do’ attitude here that shines through above anything else.” 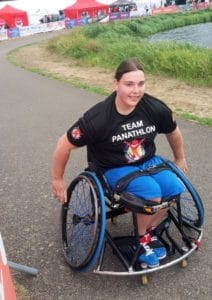 Freya (right) also enlisted the help of some team-mates from her GB Sledge hockey team, Roseanna Greaves and Susan Cook, who partnered some other competitors including one of our Outstanding Achievement Award winners, Harry Morgan. Harry said: “I’ve had a brilliant day and I’m already excited about next year!”

Harry is pictured below with school team-mate Neve Allen who was partnered in her team by Paralympic sprinter Georgie Hermitage. Neve said: “I love competing in a range of sports and today is a great atmosphere.” 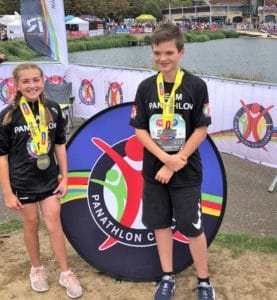 First off in the morning in the longest distance of 750m swim, 20K bike and 5k run/push was the family Turner team. Our charity Patron and three-time Paralympian, Helen Turner, took part with her husband starting with the swim leg, son Luke on the bike and then Helen bringing the team home on the 5K push.

Helen (below right) said: “It’s fantastic to be back in a Team Panathlon race shirt and competing with the rest of my family. It is awe inspiring though to see so many young people here with various challenges and not being daunted by them, but relishing the opportunity to show what they can do.” 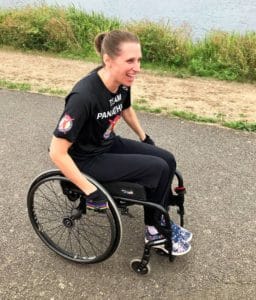 One of the great supporters of Panathlon also are the Warne family, where Ben Warne has been excelling for several years competing for his school in Oxfordshire.

Last year Ben and his dad Darren took part (see here) and this year the whole family, including younger brother Oscar and Mum Nicki, all participated (pictured below).

They took on the challenge of a 400m swim, 10K bike and 2.5K run. Various members of the family contributed to all the legs. 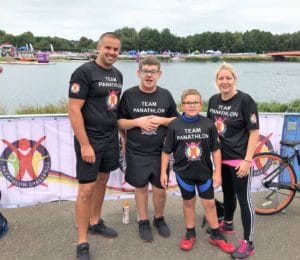 Ben said: “I’ve enjoyed the training and it’s great fun to be here with the whole family.” We would recommend reading Ben’s blog – always entertaining and insightful!

A special mention should go to Charlotte Hoadey who inspired us all with her bravery to walk the final 1km with GB athlete Rosie Greaves and Mum in tow (pictured here below – left and right).

Charlotte had to change at the last minute from the bike leg to the 1K race and she adapted brilliantly and amazed us all with her courage and bravery. 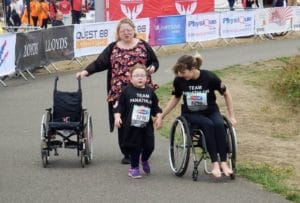 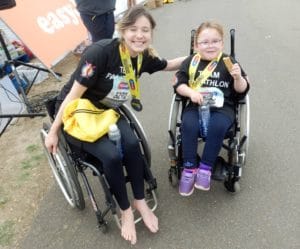 Rosie Greaves said later: “I made a new friend for life at Superheroes. Charlotte smashed her 1k run – I’m so impressed!”

A big thanks also goes to coach Chris for putting the teams together and Npower swimmers Sarah and Matt who supplemented the teams.

Superheroes highlights will be shown on Channel 4 on September 1st.

Please see the full range of photos in the gallery here