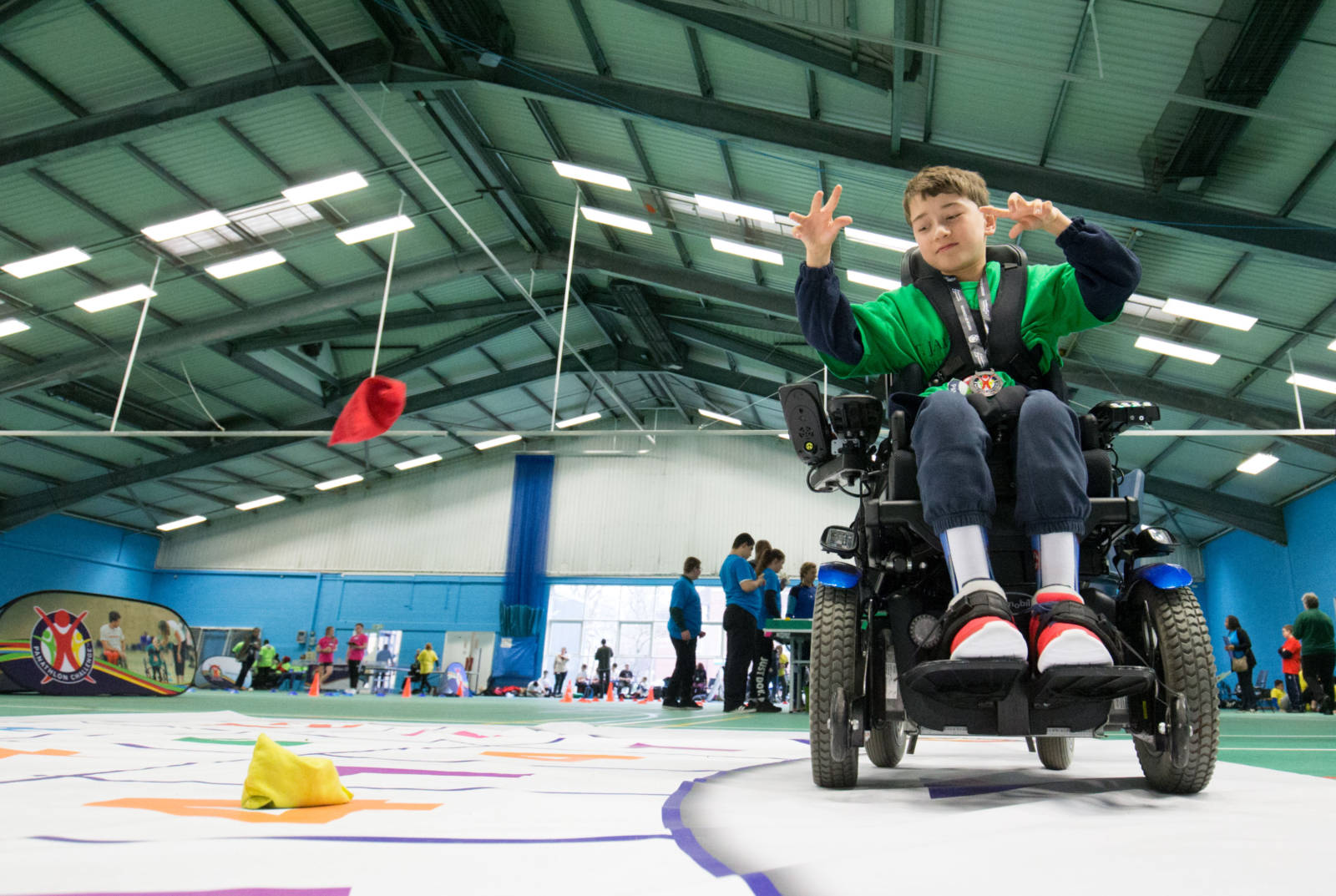 This completed our four London double header finals and saw the last two qualifying teams for the Champions and Plate competitions in June at the Copper Box Arena within the Olympic Park.

In the Champions competition, the competition between Sutton & Hillingdon was incredibly close! Sutton (pictured top left in blue) just managed to hold on to their lead, with a 2 point victory (48 to 46 points).

They won the Boccia, Table Cricket & Kurling and looked to be well ahead, but when the results of the athletics came through, their lead had narrowed. However they managed to do just enough in the races to ensure their finals qualification. Earlier, Sutton’s Boccia & Kurling teams performed very well, both being undefeated in their matches.

The other victories came from Hillingdon, who won the Polybat & Field Athletics, and Hounslow, who won the races. The result between Hounslow and Wandsworth was equally close, again separated by 2 points, with Hounslow taking 3rd place.

In the Plate competition, Merton excelled with victories in Kurling, Polybat & both athletics disciplines gaining 54 points out of 60. Seen here below. 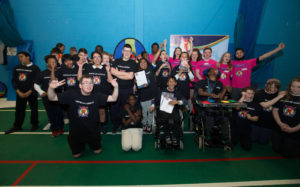 Both their Polybat & Kurling teams were undefeated. Kingston did well and came 2nd overall. They won the Boccia competition, including victories against Merton.

Ealing won the table cricket, including the day’s highest score from both competitions of 300 runs.

Merton, who were at the London Champions Finals last year, having narrowly lost to Sutton & Wandsworth in the first round, managed to qualify for the Plate Finals this year. A notable achievement, two finals in two years!

Warren Marriot from Perseid School in Merton said, “It was another wonderful day of fun competitive Panathlon sports and was enjoyed by everyone in the Merton team! We were delighted to win the second round and are very much looking forward to attending the finals at the Copper Box. The children are incredibly excited already!”

We look forward to welcoming both the teams from Sutton & Merton at the London Finals in the summer!

For a full set of results please see here

Thanks to St. Mary’s University for hosting the West London Final and to their Physical and Sport Education students for being our officials today. 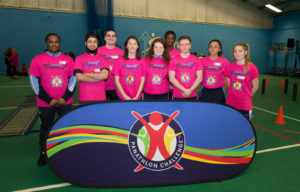 Thanks as ever to our funders in London –