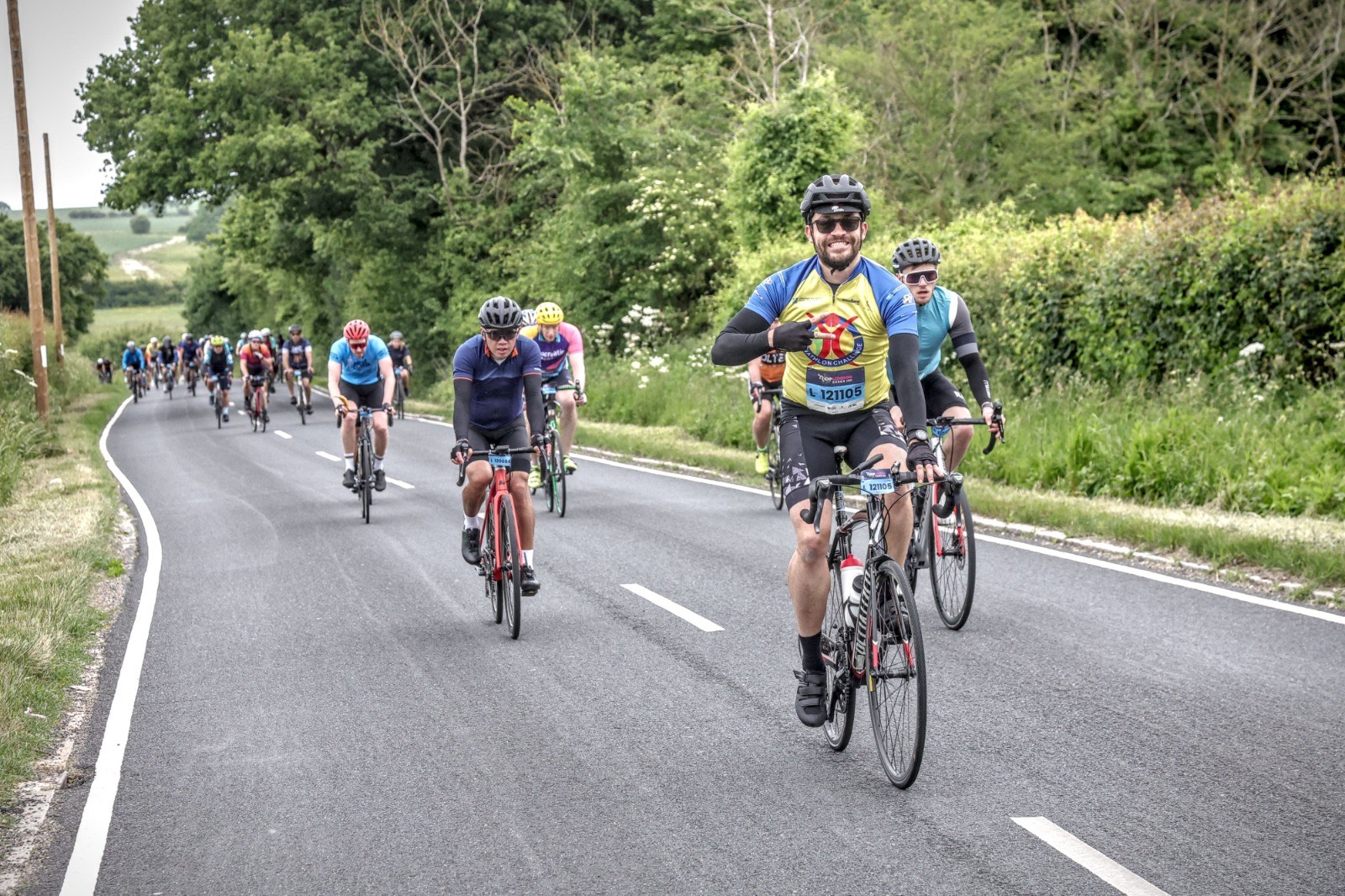 Our team of 33 riders raised over £20,000 for Panathlon at Sunday’s 100-mile RideLondon cycling race.

Staff from our sponsors Woodland Group, International Food Link (IFL) and BlueBay Asset Management formed part of the team alongside individual Panathlon friends and supporters. Woodland and IFL riders raised £12,500 and matching funds from BlueBay and others are yet to be added, so are set to boost our final total beyond £25,000.

The popular event returned after a Covid-enforced break of nearly two and a half years with a new course (starting on Victoria Embankment, circling through the rolling hills of Essex and finishing on Tower Bridge) and 25,000 riders in total. Our team’s participation followed successful recent fundraising exploits in the London Marathon and Royal Parks Half.

The Panathlon team in RideLondon was led by our Ambassador Danny Crates, the former Paralympic 800m gold medallist, who completed the course in just under seven hours (although his time included a halfway picnic with his family!).

The fastest in Team Panathlon was Juan Carlos Lopez from our sponsors IFL who finished the London to Essex return journey in an impressive 5hrs 16mins – four and a half minutes ahead of his colleague Pedro Pablo Posada.

Finishing third place in the team was Ben Rochford (left) from Carter and George, who only two days previously had donated all fees from its two elite physiotherapy practices to Panathlon, raising £2518 in total!

Also in our team was Tim Richmond, a vision impairment specialist teacher at Wandsworth vision support service as well as Panathlon supporter of 20 years and guide runner.

Tim (pictured above on right) said: “It felt great being part of Team Panathlon because when it got really hard there seemed to be another rider in the yellow and blue there to encourage us. The crowds along the route made a real difference too. Finishing on Tower Bridge capped off a memorable day.

“The other lads are just as broken as me but we really enjoyed the route. The roads are fantastic, mostly smooth and lots of downhill coming back in the second half. That was really welcome because we were suffering!”

Kevin Stevens, Chairman and CEO of Woodland Group, said: “Ride London 2022 was a fantastic and inspiring day, and I’m really impressed by the effort and hard work everyone put in, whether on the road riding or behind the scenes organising.

“We’re proud to have been able to raise funds for our longstanding partner Panathlon, and look forward to following the positive impact this will have as Team Panathlon continues to make a real difference to young people across the UK.”

Panathlon CEO Ashley Iceton said: “Our charity relies upon multiple sources of income to be able to deliver sporting competition to tens of thousands of children with disabilities and special needs across the country each year.

“After a two-year hiatus due to the pandemic, it is fantastic to see fundraising events returning to the calendar which give our supporters a fun and challenging way to raise crucial funds while getting fit and healthy in the process.

“Huge thanks to those companies and individuals that have raised a wonderful amount of money for us this weekend.”

Liz Davies (left), who rode as part of the BlueBay Asset Management team, said: “I found RideLondon incredibly challenging, but also rewarding. The atmosphere was incredible and everyone was so lovely. There was constant support from families throughout the race who were cheering us on.

“The encouragement really kept me going along with the thought of my sponsors and the children that my charity supports – oh, and the nutrition bars! This is probably my biggest physical achievement and I am very glad that I have done it – although my body is not thanking me just yet!”

Joe Bowtell (brother of Panathlon participant-turned-staff member Harry) was part of the team. He said: “The crowds really encouraged me to keep riding and achieve my personal best. I will definitely be doing it again next year to try and better my time.”

Panathlon supporter Mark Nevill (featured in main pic) raised £500 – and he actually rode 125 miles on total as he pedalled 12 miles each way from Woodford before and after the race!

Becky McDermott from the Royal Bank of Canada said: “I’m so pleased to represent Panathlon for my first ever cycling sportive and loved the support we got along the way. Knowing what the money we raised was going towards was the biggest incentive to cross that finish line!

“A big thank you goes to all the RBC GAM and BlueBay employees who sponsored us which helped spur us along! As achey as I am now it’s fair to say it was worth it. It’s a shame we can’t keep the closed roads in London forever.”