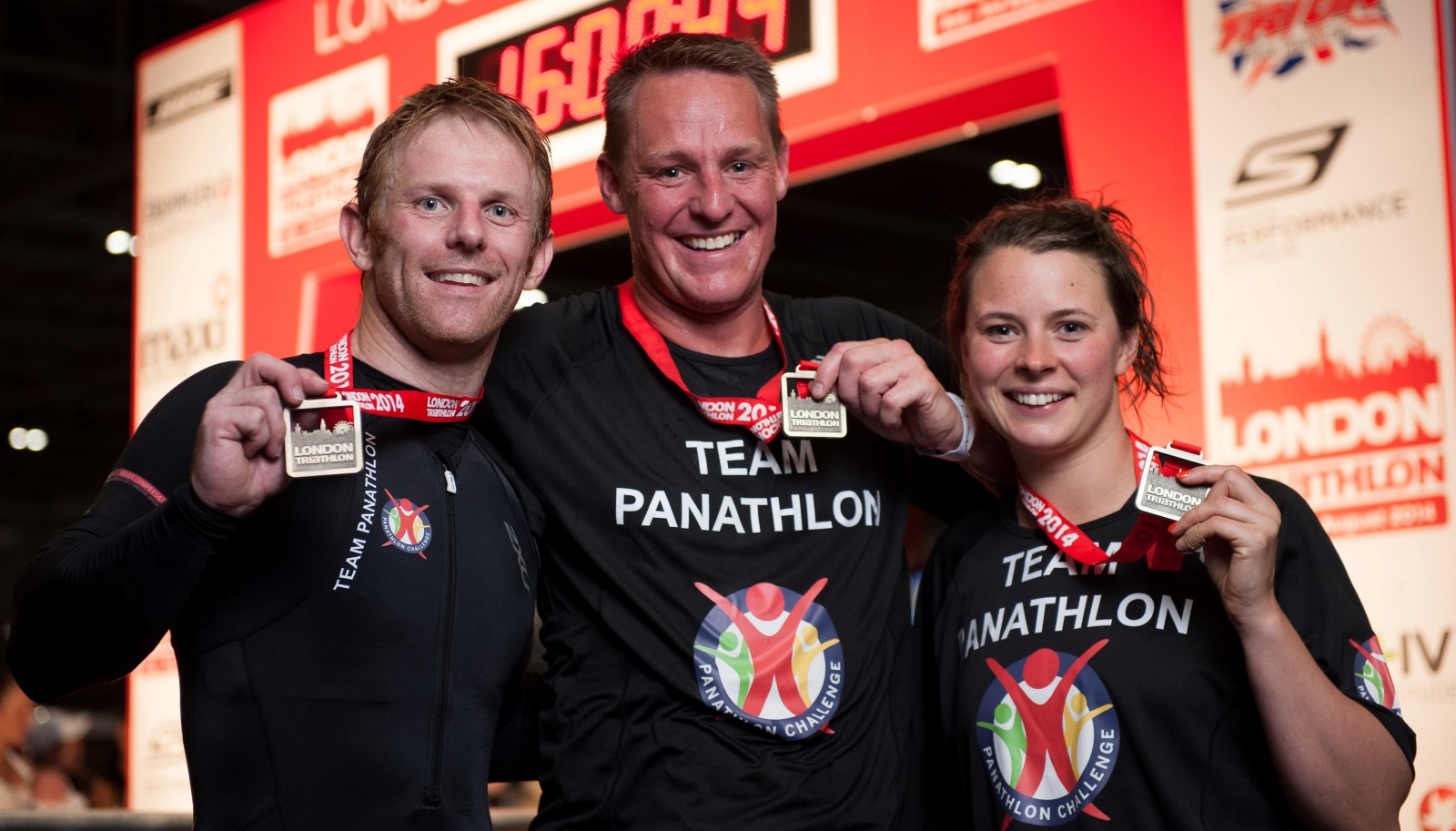 3 Gold medal winning Paralympians competed at the world’s biggest Triathlon in London on August 2, for ‘Team Panathlon.’  Liz Johnson, Jody Cundy MBE and Danny Crates came 5th out of 154 teams competing in the Sprint relay, which was a fantastic effort for the 3 debutantes in Triathlon. Watch newly edited extended highlights from what was originally shown on Channel 4 by clicking below 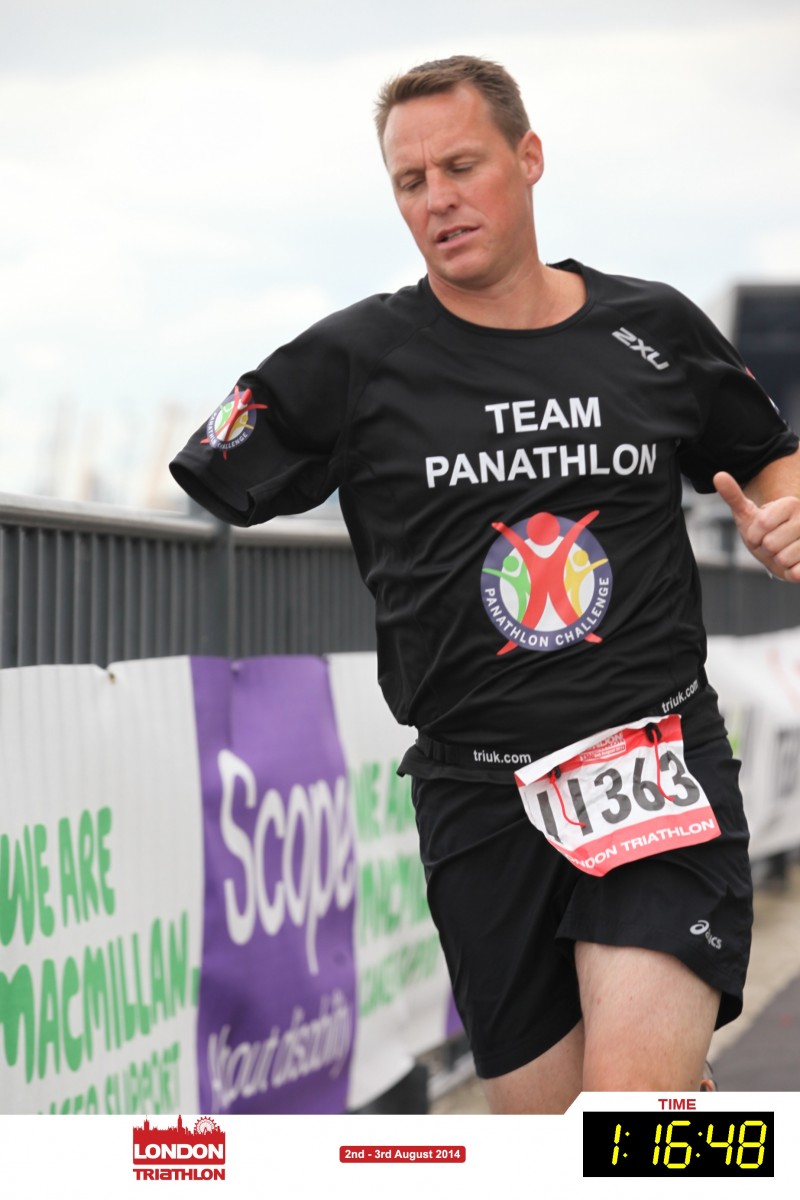 Liz Johnson started the team off with her first open water swim over the 750m course. “I’ve never swam with so many people before and it was my first time competing in a wetsuit, but I loved the experience. The water wasn’t as cold as I feared and I really enjoyed it. I’d certainly like to do more in the future.”

Liz swam 15.26 for the 750m and handed over to Jody Cundy, (pictured above left) current World Champion cyclist (C4 Kilo) for the 20km bike leg. Jody blasted his way through the field to be the 3rd fastest cyclist overall in a time of 33mins and 4 seconds. Jody handed the baton (timing chip!) over to Danny Crates, to run the last 5Km.

Danny a previous Gold medalist and World Champion retired in 2009 and but did the team proud by running 23mins and 8 seconds, to give the team an overall 5th placing out of 154 teams, with a total time of 1hr 16mins and 48 seconds.

Danny said,”It was great competing as part of a team and it has inspired me to come back again next year, maybe do it again as an individual aswell ?”

Jody said, “I really enjoyed racing at the London Triathlon, it was a nice change to the normal. It was good fun riding for the Panathlon and teaming up with Liz and Danny.”

Panathlon this year is organising and delivering more than 75 mini “Paralympic type” competitions around the country, involving over 4,000 disabled children. All 3 Paralympians support our work and have been to many Panathlons over recent years to inspire the next generation.

Liz Johnson has won Gold, Silver and Bronze in the last 3 Paralympics and in her role as a Panathlon Ambassador she has been tireless in supporting Panathlon events around the country and inspiring a new generation of athletes. Liz said, “It was great fun for the 3 of us to put something back for Panathlon who do fantastic work around the country developing sporting opportunities for disabled children. It’s a pleasure as a Paralympian to help a charity benefit thousands of disabled children access competitive sport.”

Jody Cundy, is one of only a handful of athletes to be a Paralympic champion in two different sports, having won gold medals in both swimming and cycling.  Jody smashed his own World Record in April this year at the World Championships C4 Class in the 1,000m, clocking 1:01.466.

Danny Crates was Panathlon’s first ever patron back in 2009 and has been a familiar face at all their competitive events since. Crates has been European and World Champion, as well as being a Paralympic Gold Medalist He is also a familiar face to TV audiences as one of the faces of Channel 4’s 2012 Paralympics coverage.

Highlights of the London Triathlon will be shown on Channel 4 on Sunday 11th August at 7.30am, and later in the summer on Sky Sports.

To support Liz, Jody and Danny, Panathlon are seeking donations so they can continue to provide 4,000 disabled children with Mini-Paralympics competitions across the country. If you would like to help please visit the Panathlon fundraising page http://uk.virginmoneygiving.com/pantriathlon.