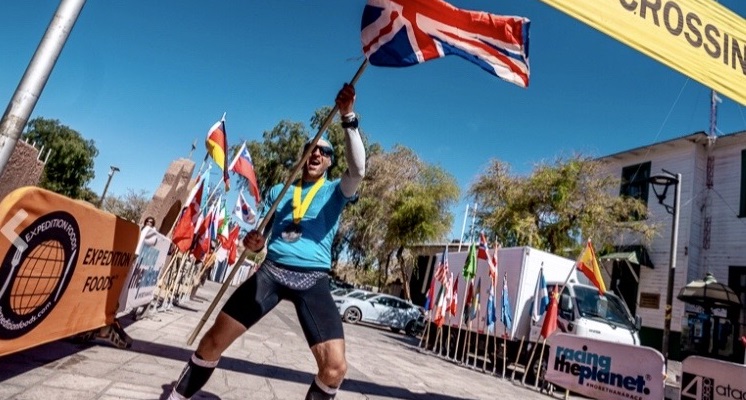 Andy Haven reflected on a “life-changing experience” after running six marathons in five days through the brutal Atacama Desert – raising £15,000 (so far!) for Panathlon and the Royal Marsden Hospital.

Speaking after his return home to London, self-confessed endurance addict Andy told of his battles with the footwear-shredding terrain of the 250km course through the deserts of Chile, as well as encountering mini tornadoes, freezing night temperatures and even areas covered in landmines!

After one marathon per day over the first four days, day five is called ‘The Long March’ – some 80km through “super tough winds” and treacherous terrain, much of it in the dark.

But Andy’s relative inexperience at tackling such arduous conditions meant he had issues on day one. “At the beginning I found it really, really tough with my bag,” he explained. “It was probably just a little too heavy, compared to others’. That really impacted me. The bag would bounce and I’d be broken down in tears because of the pain it was generating through my neck and shoulders.” 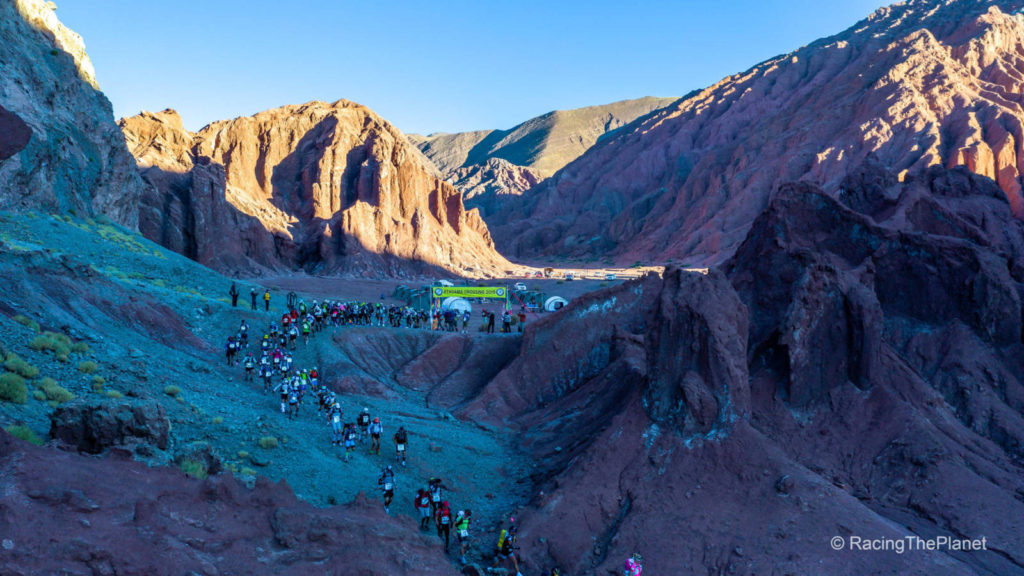 Eighty competitors started the race, with around 70 finishing. Andy spent the vast majority of the week running solo, mostly catching up with camp mates at the end of each day.

“There was a lot of solitude while running, which I kind of like as I use it as meditation, but occasionally you’d catch up with people and have a chat. The best moment was getting to camp and reliving tales of the day with everyone. You’re surrounded by people who’ve also survived the same thing. The camaraderie makes it a very positive environment to be in.”

Although warnings of blistering heat during the day didn’t come to pass, the freezing temperatures at night and greatly varying underfoot conditions were the toughest aspects for Andy and his fellow runners.

“What you had to put your feet on to run was 10 times more difficult than I could have imagined,” he reflected. “It was ridiculous, ankle-breaking stuff. Often you physically could not walk. There was super-hard salt, long sharp grass, then you’d get into a patch where you’d actually fall through up to your shin. On one stage there must have been 15 individual types of terrain.” 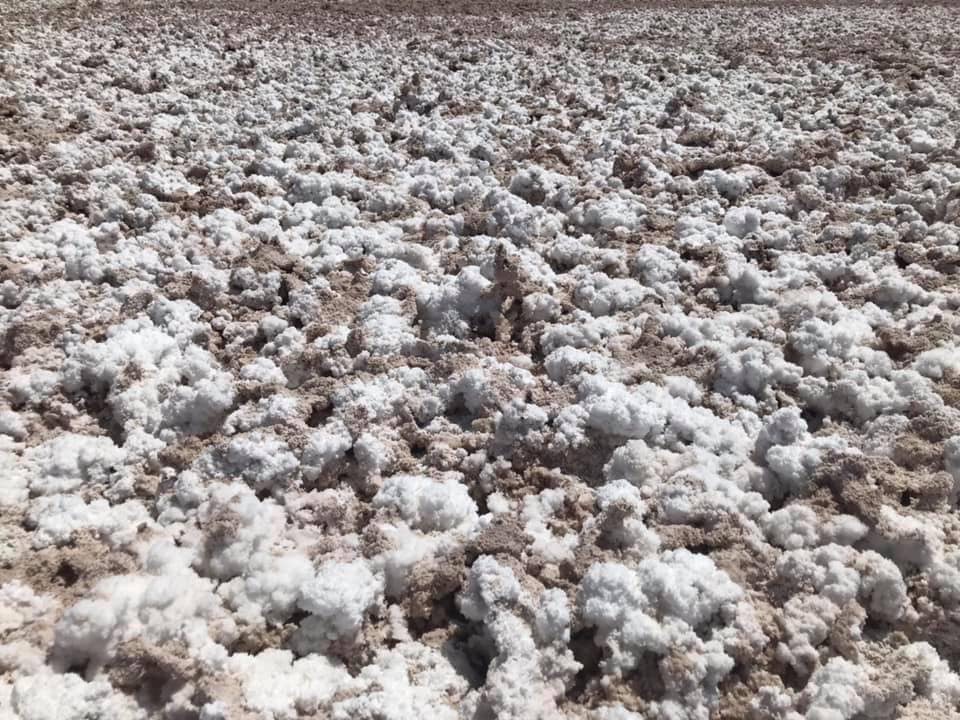 The first four days built up to the monstrous double marathon on day five, which Andy unsurprisingly describes as “very, very tough” with mini tornadoes and sandstorms making the gruelling distance even more hazardous. Organisers extended the time limit to 29 hours because of the conditions. At the 60km mark, they spoiled the racers with hot water, food and a tent!

“The bag had got a lot lighter by then, I knew it was the last proper day and I was mentally set. I just kept taking it checkpoint-by-checkpoint. Admittedly it was tough when it got dark and cold but I managed the wind, the terrain and felt mentally strong.

“When I finished, I was very, very emotional. You can’t relax until all your camp buddies are in and the final two got in after about 25 hours. At that point, everybody is elated, but also physically and emotionally spent.

“After 65-70km, the physical component doesn’t really matter any more. You’re just purely convincing yourself to put one foot in front of the other. The internal dialogue is pretty intense at that point, especially when it’s dark, cold and you can’t walk off the side of the road because there are landmines. That area, the Valley of the Moon, was hotly contested between Chile and Bolivia, so it’s best not to veer off the beaten track, even if you need the loo!”

Eventually, Andy could smell the smoke of the camp and heard the regular beat of the drum that called the runners home. He knew that (barring a ‘fun’ 13km back to the host town of San Pedro the following day) he’d done it. 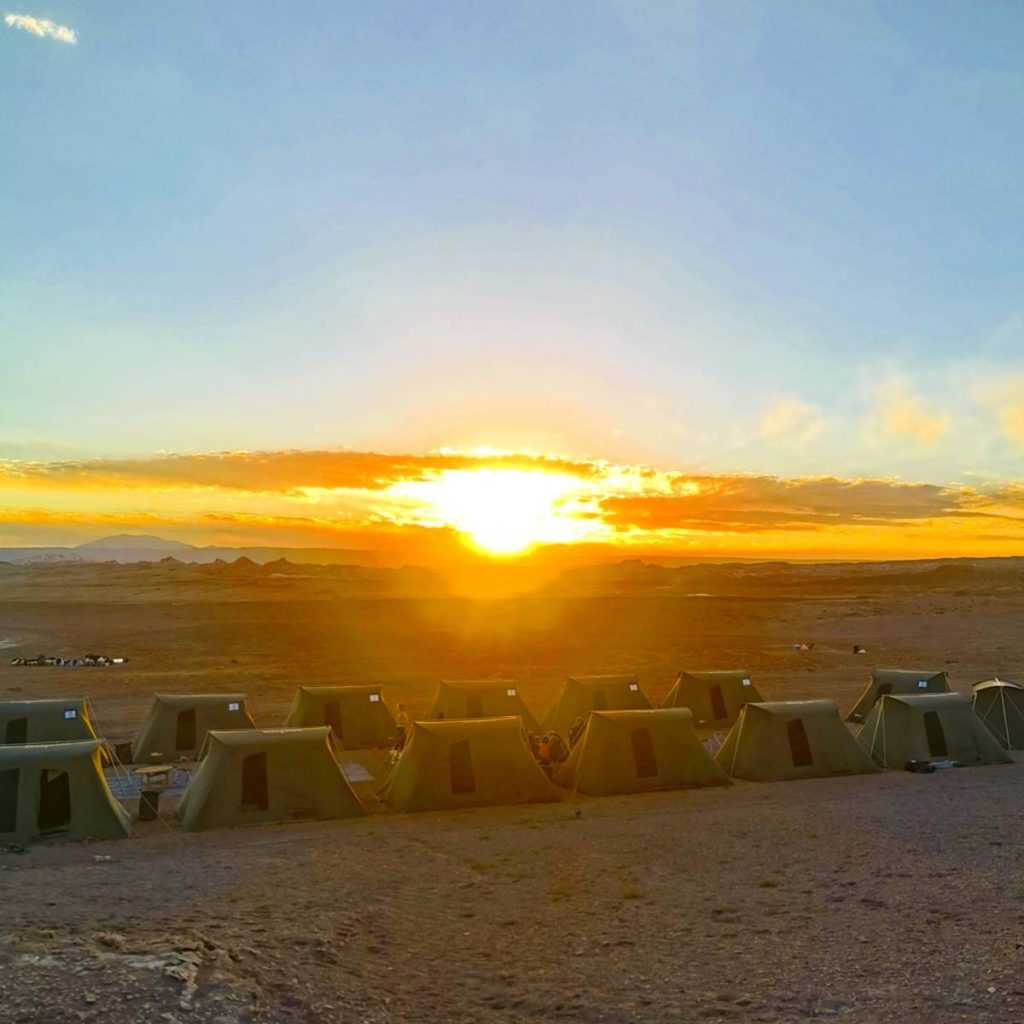 “It’s certainly a life-changing experience,” he said. “I can see why stage races like this, to some, are so addictive. The camaraderie is phenomenal. When you’re there, you’re in a bubble. You go from just thinking about getting enough calories in, getting enough water, getting my gear ready, and putting one foot in front of the other. That’s been my only focus. Coming back to normal life, it’s great to see the family, then you’re back on the tube each morning. It’s like, ‘oh man!’

”I’ve promised my wife I’d lay off the challenges for a year otherwise we’re getting into divorce territory! Maybe just a couple of quick half Ironmans!”

It’s not too late to add further sponsorship for Andy’s incredible feat of endurance. Click here.

Everyone at Panathlon would like to congratulate Andy for his phenomenal efforts and we look forward to welcoming him to a Panathlon competition as a special guest very soon!