The Swindon school (pictured above) beat two others from the Wiltshire town – Red Oaks and hosts Brimble Hill – to the trophy, as well as Fitzwaryn of Wantage, Paternoster from Cirencester and St Nicholas (Chippenham).

“To engage with sporting activities our children need clear instructions, demonstrations, which the young leaders have been fantastic at giving.”

Chalet student Lewis added: “I like playing target throwing. We have to throw each colour ball at the same colour target. I like playing table cricket. I was good at hitting the ball.”

She said: “We’ve brought 15 children. All different abilities are catered for with this event, whether they’re in a wheelchair or not.

“Children with special needs need sports equipment adapted so they can use it. Some will kick a smaller ball; others will need a bigger ball. Some will use ramps to help them aim. There’s so much more of it out there now than there ever was.”

“The children can get involved in activities with their staff helpers. A lot of children have one-to-one helpers.”

Red Oaks teacher Claire Owens was especially pleased by the teamwork on display.

She said: “It’s great to see the children working together, learning some teamwork and cheering each other on. They’re all able to achieve and are celebrating that achievement together. It’s great for them to try new sports that they don’t get the chance to do in a mainstream primary school.

“They need additional adult support, to help differentiate the activity and make sure they know what they need to do.”

Red Oaks student Charlie said: “I have enjoyed myself today playing football. I got a goal and like kicking the ball in the goal.  I have played football before lots of times. I really liked playing the parachute game too.”

Jenny Laird, a teacher at Paternoster School, echoed Claire’s comments, saying: “It’s really good for the children’s team having to work, move around and get active, and see children from other sports.

“They get on well when they’ve got loads of encouragement, because they can sometimes be reluctant to try new things. All these sports are accessible to them. They haven’t got to worry about not doing things right or not being able to do it.”

Fitzwaryn teacher Chris Slatter, who also brought two teams, was delighted by the difference in the sports the children normally play.

He said: “It’s a series of activities that are different from what the children get at school. It’s all about the design of the game. Obviously, the sport has to be adapted, so the rules have to be easy to understand and they have to be able to achieve something. If the rules are too convoluted, children can lose attention.”

Fitzwaryn student James said: “I’ve enjoyed the football and hitting the ball on the table with the paddles and table cricket. I got double six and a four. I am good at table cricket.”

Paul Searle, PE teacher with Brimble Hill, who also fielded two teams, highlighted the enjoyment and satisfaction the children got from the event.

He said: “You compete against yourselves by successfully performing skills. The better you do, the more points you get. It’s about personal achievement rather than being out to beat the other teams.

“To see the concentration on the kids’ faces, the eyes fixed on a ball or target and the smiles on the faces when something happened was amazing.

“They get a lot of personal satisfaction, a lot of enjoyment and hopefully, over time, their skills will improve.”

James Tinney, from Panathlon, said: “Primary competition involves younger children who haven’t necessarily played these sports before. We’re looking to introduce these sports to younger children, to build their skill levels, so that when they get older, they can get involved in our multi-sports competition and compete against other schools at secondary age. 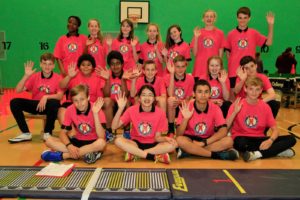 “But the Primary Panathlon is skills-based, where children compete as a school team to get as many points as they can in a variety of sports. We add up the points during the day when they compete and then award the overall winners at the end.

“Thank you to the schools involved, ILS and also to Isambard Community School (pictured here on the left) for providing the young leaders, who were excellent. Thank you for your skill and enthusiasm.”

Panathlon was pleased to welcome Independent Living Solutions (ILS), providers of case management and specialist rehabilitation services. Some of their staff volunteered and worked with our young leaders to officiate the sports, and can be seen below.

Shauni Burt, Marketing Executive of ILS, said: “We’d like to thank Panathlon for hosting the ILS team at the Primary Panathlon competition.  We are incredibly proud to have sponsored the day. The Panathlon Challenge is such an inspirational cause and it was a delight to have the opportunity to see the children enjoying themselves so much. Congratulations Panathlon on another great event.” 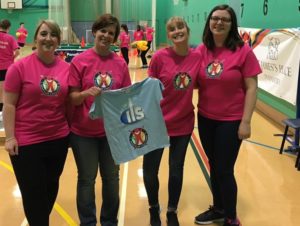 Tony Waymouth, Chief Operating Officer from Panathlon, said: “It was great to have ILS on board. We hope that we can work together next year on similar events and expose our participants to a like-minded organisation such as ILS.”

More photos are available if you click the photo below. 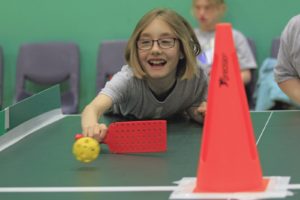