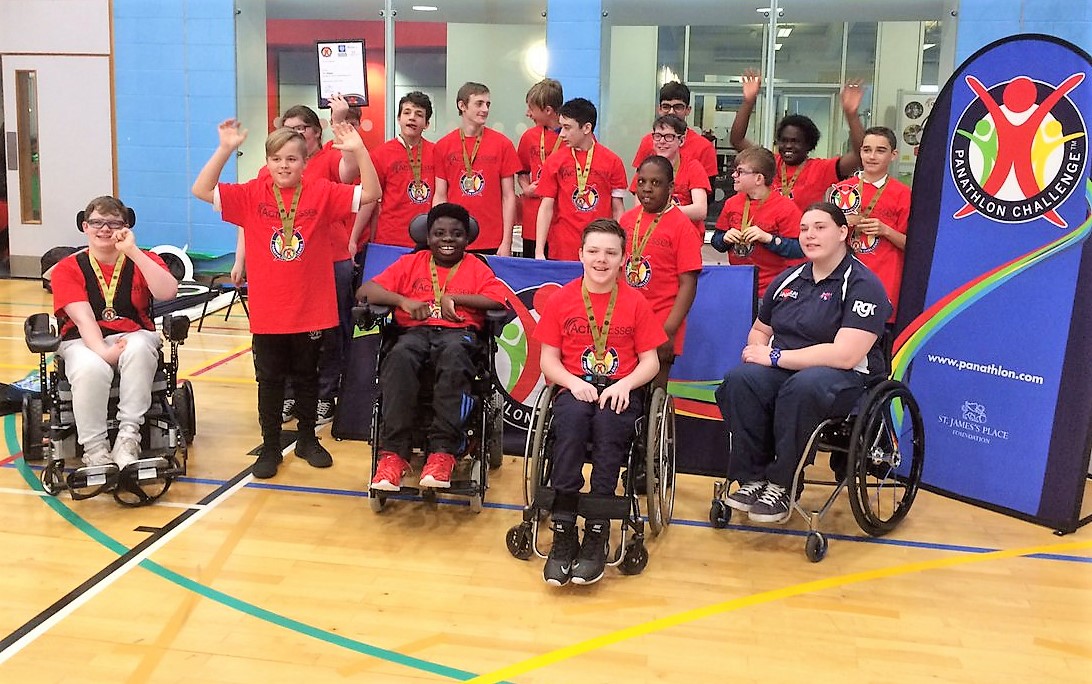 A team comprising Beacon Hill and Treetops schools was a winning combination for Thurrock who retained their East of England title for Essex at Mark Hall Sports Centre in Harlow.

Four counties fought a tight and competitive day with teams from Cambridgeshire, Hertfordshire, Essex and Suffolk, who had each won their respective county championships in 2016.

But after battling it out, Essex were the champions – the best of the best in the East. See results here.

The win sees Thurrock represent the Region in the South of England Divisional Finals in the autumn term, when they hope to go one better and capture the title after being Divisional runners- up last year.

Again, the day was highlighted by an outstanding javelin performance from Brandon (pictured above left) of Thurrock,  who closed in on his own national Panathlon javelin record, just falling short by under a metre.

The Thurrock team stormed to a 16-point winning margin after strong performances, winning five out of the six sports on offer; polybat, boccia, new age kurling and flat and field athletics.

Brandon Mullin, team co-ordinator for Essex said: “This is fantastic for us. Retaining the title was a goal for us this year. We learned so much from the Divisional Final last year and we wanted to have another crack at winning that this year, so securing the East Region gives us that opportunity.“

Placings for second, third and fourth were extremely close with Priory of Suffolk being consistent across the day, finally securing second place with 40 points, Granta who took victory in the table cricket finished third on 38 and Hertfordshire’s team of Amwell View and Breakspear finished in fourth on 34.

Teachers commented on how the standard is rising across counties and Thurrock is setting a benchmark for them to chase. Julie Lloyd, lead teacher at Granta said: “It was the most competitive event we have attended. We are certainly looking to improve again for next year and build on the work we are doing.”