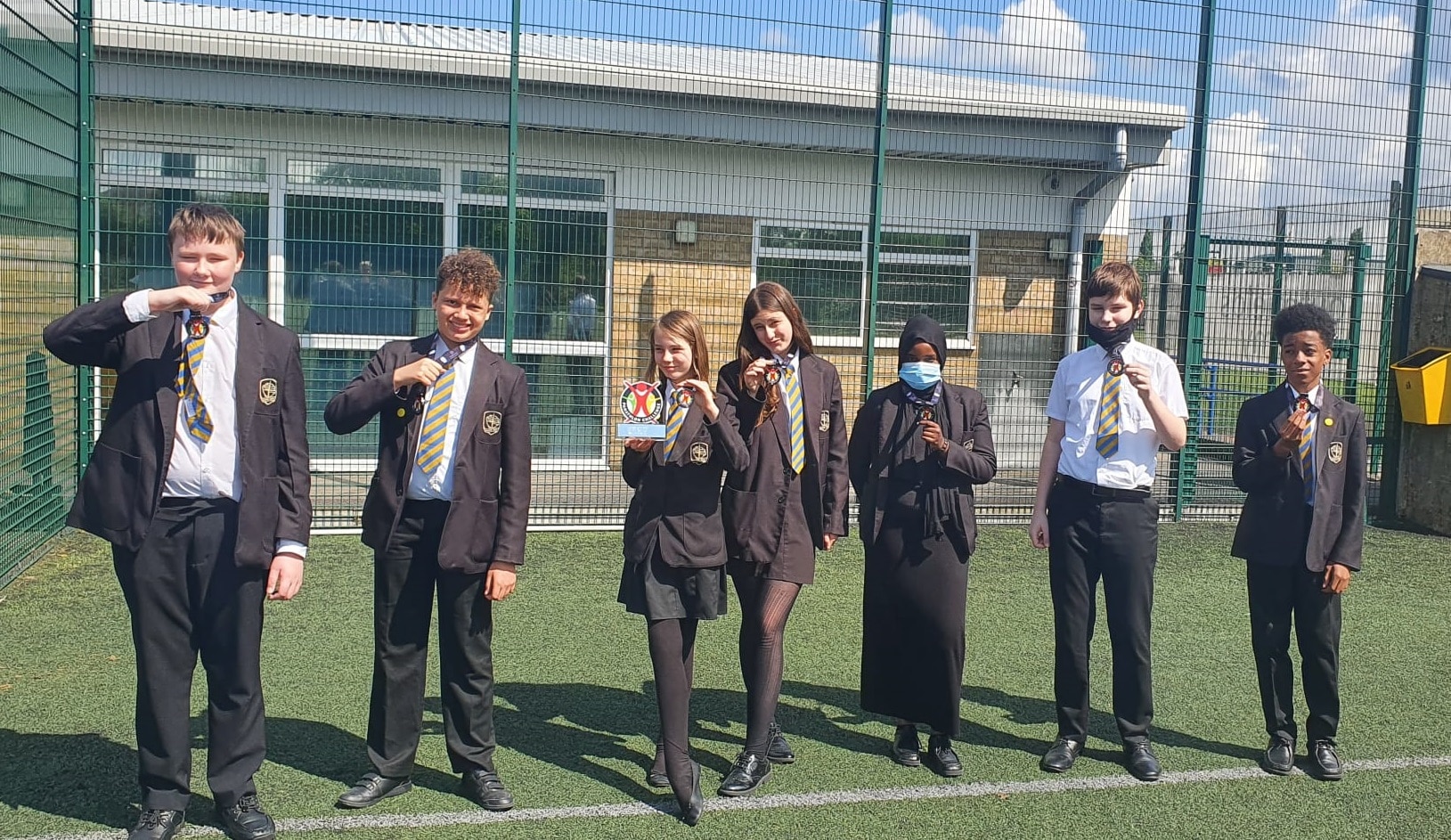 As well as his role for the YST covering central London, Nick is School Games Organiser for the borough of Wandsworth and advises the London Youth Games on inclusive practice. He is based at Southfields Academy in south-west London.

Nick has promoted Panathlon widely across schools in central London and Wandsworth in recent years, but Panathlon’s in-school activities have enabled even more SEND pupils to experience sporting competition during the pandemic (ironically, when access to sport has been curtailed for mainstream pupils).

“Panathlon already had a great reputation in our schools and it was fantastic that I had videos and easy-to-use instructions to distribute to them and get SEND sport going again in school and at home pretty much as soon as lockdown started,” says Nick.

“Teachers were floundering around trying to find resources at such a fraught and difficult time. Because Virtual Panathlon was so immediate and simple to deliver, we could get it out to schools really quickly. The format was really, really helpful and we knew they would understand and appreciate it.”

Because Panathlon activities are now taking place on school grounds with larger numbers able to take part than in external competitions, inclusive sport has become much more visible to mainstream pupils. It is sparking their interest and raising the prestige of the SEN pupils taking part.

Nick explains: “That is one of the things I’ve been keen to do – promote inclusive sport not just to the students who needs it, but raise its profile far beyond that SEN cohort.

“When we’ve had kids taking part in Panathlon’s in-school multi-sports, ten-pin bowling and girls’ football activities, they get a certificate and medals and it blows them away. The other kids are envious! “

With Nick’s support, Panathlon have delivered a plethora of activity across London since the start of the pandemic.

Mainstream and special schools utilised the Parallel PE resources to get pupils active and engaged, both those isolating at home and key workers’ or vulnerable children who remained in school.

A dozen schools in the boroughs of Wandsworth and Ealing joined forces for a Panathlon virtual ten-pin bowling competition. Southfield Academy also used Virtual Panathlon’s multi-skills, ten-pin bowling and girls’ football activities as a ‘transition’ event for Year 7 pupils who were struggling to engage with PE.

Nick also put together timetables of inclusive PE and sport activities through lockdown which he shared with schools. Panathlon’s online activities and YouTube instruction videos played a big part in those schedules, which were followed by many schools.

“They were both brilliant,” says Nick. “Esah is only a couple of years older than the kids he was talking to. He’s been through exactly what they’re going through now. Our older students asked him some really pertinent questions and looked up to him as a role model, which is so important for them.”

Overall, Nick feels SEN pupils have “massively benefited from activities that are specifically for them,” raising their profile and standing in school.

“When children have returned to school during the pandemic, we’ve seen its effects on their confidence and self-esteem from not having that social interaction,” he adds. “Panathlon activities give them an opportunity to be physically active, achieve and be successful. They work really well not just for them as SEN students but, beyond that, just as children affected by the pandemic.”

Tony Waymouth, Panathlon’s Chief Operating Officer, commented: “It has been a pleasure to work alongside the Nick and Mark Needham in Ealing this year. Our collaboration has enhanced programmes like Girls’ Football, impacted individual boroughs and developed cross-borough projects like ten-pin bowling.

“As Nick says, the ability to reach more children in mainstream settings has opened up new relationships and potential future opportunities such as bringing deaf and hearing-impaired children to future impairment-specific competitions. It has been a win/win for us, schools and inclusion leads.”