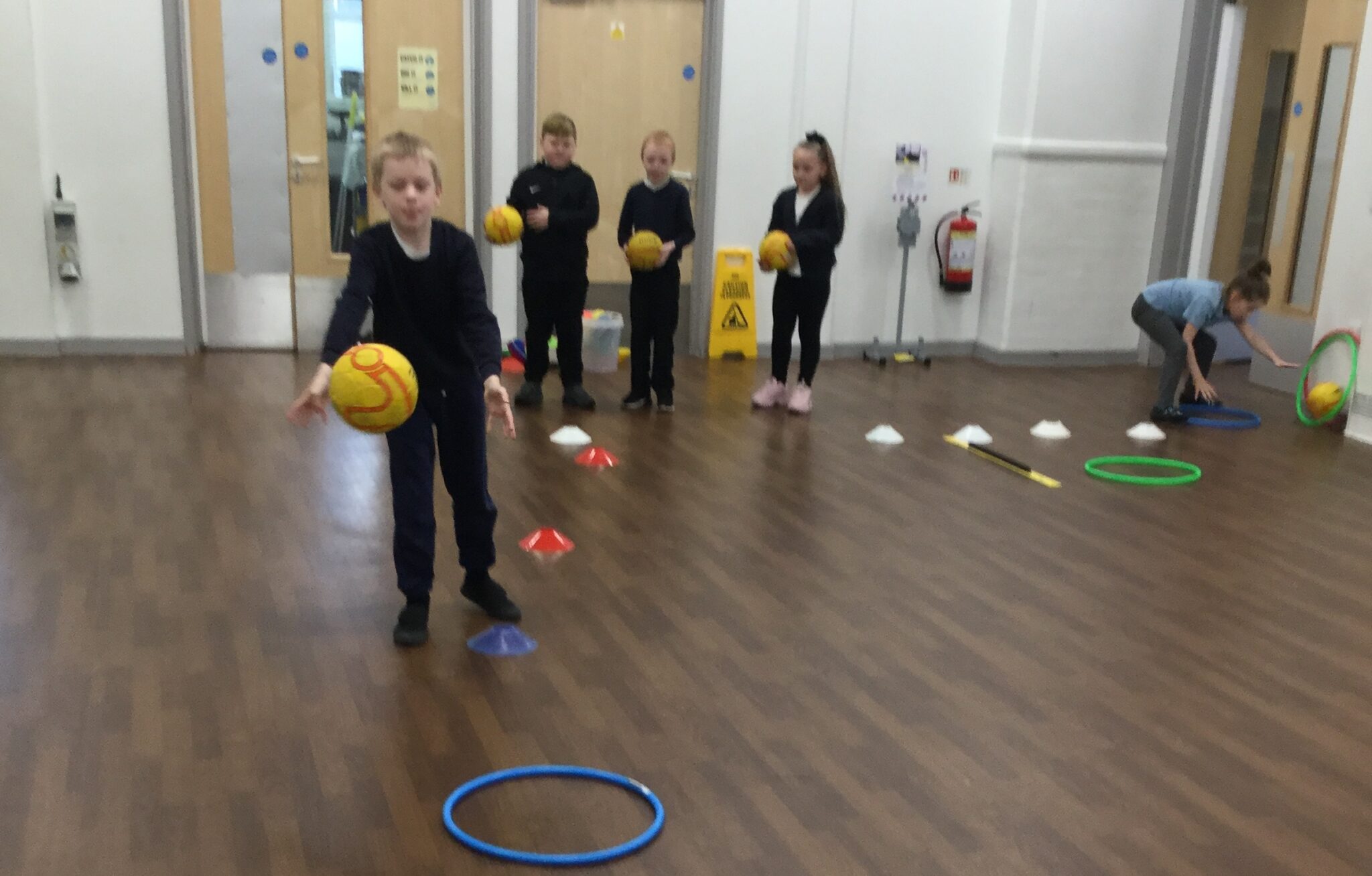 The school has thrown itself into our virtual multi-skills, football and cricket programmes, which we launched to support staff in keeping pupils active in school during the pandemic.

We supplied medals and certificates to reward participating students and Lewis Street Primary was one of many schools to benefit from a visit from our ambassador James Dixon, the England Deaf Cricket international who now works for us in the north west.

“Some of our children had never had the opportunity to compete in a sporting event before,” said Rachael. “They were delighted just to feel like they could take part, but to receive the Panathlon medals as well, they were absolutely over the moon!

“Without Panathlon, they would have missed out on that opportunity to taste competition. It’s been their chance to shine and they have absolutely embraced it.”

Lewis Street pupils threw themselves into the virtual activities and competitions through the initial Covid-19 lockdowns, both those who stayed at home and those who came into school. They then entered the virtual competitions, with each school recording scores which were compared with others’ to decide the winners.

Every child in the school has accessed the virtual activities and all SEND pupils have taken part in the competitions. Rachael says it was “a brilliant experience for them all, with children of varying disability all accessing it easily.

“Panathlon have thought outside the box and made the activities fun and inclusive for all of them. Even the names of the activity stations, like Messi Football and Murray Movement, help to make it an exciting experience for the kids. It’s been very different, easy and enjoyable for children to access.”

Rachael had no hesitation in getting involved in our virtual cricket programme as well, with its straight-forward delivery instructions for staff including demonstration videos on YouTube.

“It was all so easy to follow,” says Rachael. “All the teachers commented on how easy it made it for them to lead sessions. It gave them so much more confidence in delivering a good quality session for the children because the content was brilliant. It has been completely accessible, achievable and enjoyable for all.”

“It was brilliant for the children to see that even if you’ve got a disability, whatever it is, there are opportunities out there for everybody in sport. They absolutely loved it. The Year 6s said they didn’t want it to end. They wanted him to stay all day! We have a deaf girl in Year 6 and the sessions showed her that nothing can stop you. It was just brilliant.”

Panathlon’s Chief Operating Officer, Tony Waymouth, commented: “Panathlon had just started delivering in Greater Manchester before the first lockdown, but our Virtual Programme has allowed us to spread quickly and engage with new schools like Lewis Street to showcase what SEND children can get involved in.

“For schools like Lewis Street, the opportunity for pupils to taste sporting activity and competition over the pandemic has been invaluable. It has engaged and energised children previously who would not have attended competitions and, as Rachael says, has given them a chance to shine.”