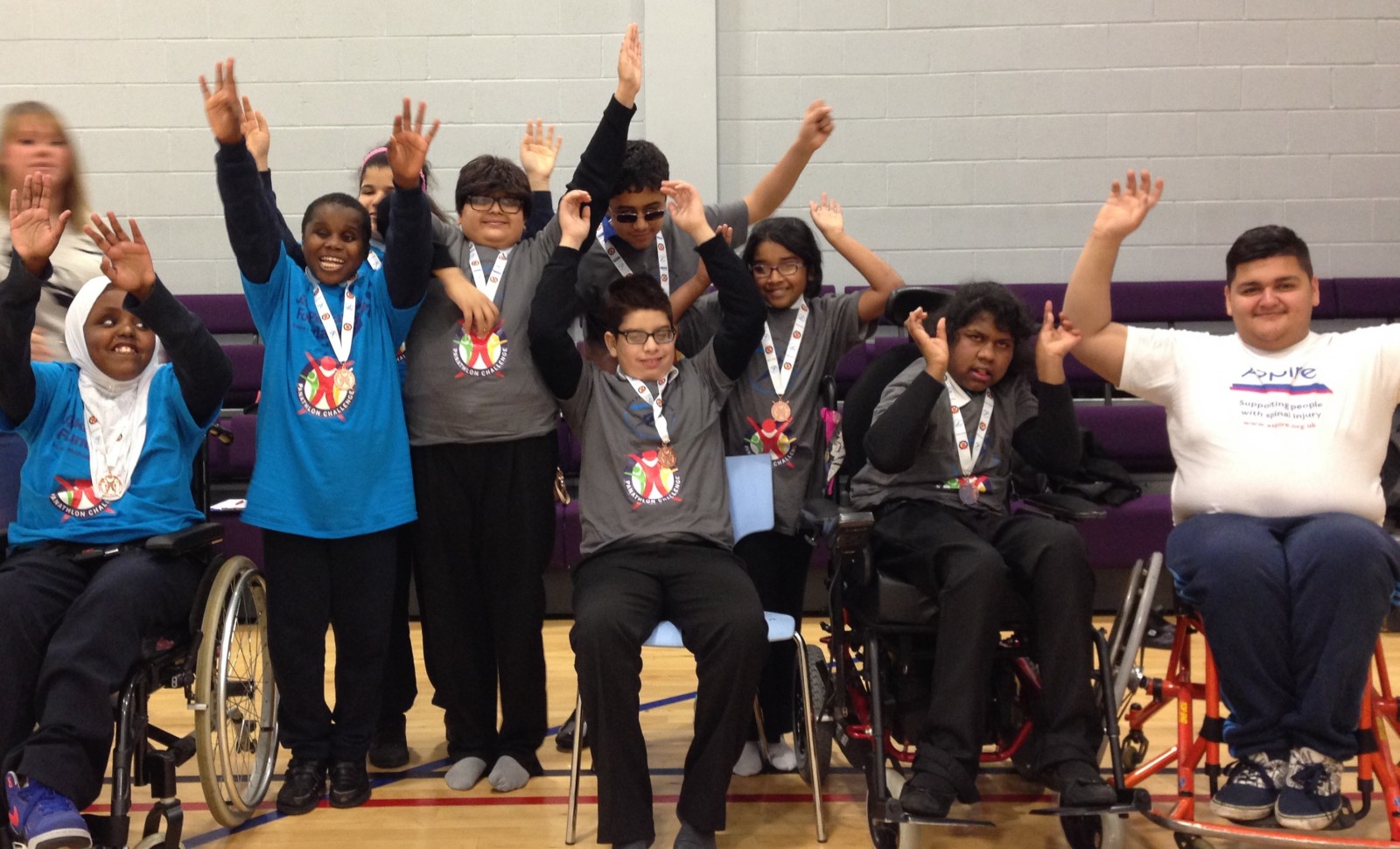 On Friday the 13th December, Panathlon delivered a Visually Impaired Boccia taster day. It was held at Whitmore High School in Harrow, 8 VI students from 2 different schools took part and had the chance to learn and develop their skills on the newly developed ‘Visually Impaired Boccia Grid’, before playing some competitive matches in the afternoon.

Working closely with Boccia England, Panathlon have kindly received 8 Boccia Grids that will be placed in schools around London, who have visually impaired or blind students.

On the morning of the competition, both teachers and students learned how to use this extremely sophisticated piece of equipment, where various pins are plotted on the grid, to help the student understand the court in front of them and further understand where their balls were in relation to the “jack.”

Congratulations to both teams from Linden Lodge School in Wandsworth and the team from Whitmore High, who won equal amount of matches on the day, but more importantly received valuable experience using the equipment and relating it to a competitive situation. Both schools received free grids to take back with them and we hope to see them getting lots of practice on the equipment prior to the London Regional Visually Impaired Boccia Competition in April. (more details from chris@panathlon.com)

A big thank you must go to the Young Leaders from Whitmore High School who helped with officiating matches, along with Mark Beeby (inventor of the grid) who was on hand to help teachers and students understand how to use the equipment most effectively.

“Using the grid today was a real highlight for myself and the students at Whitmore. It’s a fantastic piece of equipment and I look forward to working on it with the students over the coming months. Thank you for today- It’s obviously so important to involve our visually impaired students who can sometimes struggle to take part in mainstream activity.” Janine Edwards, Teacher at Whitmore High School