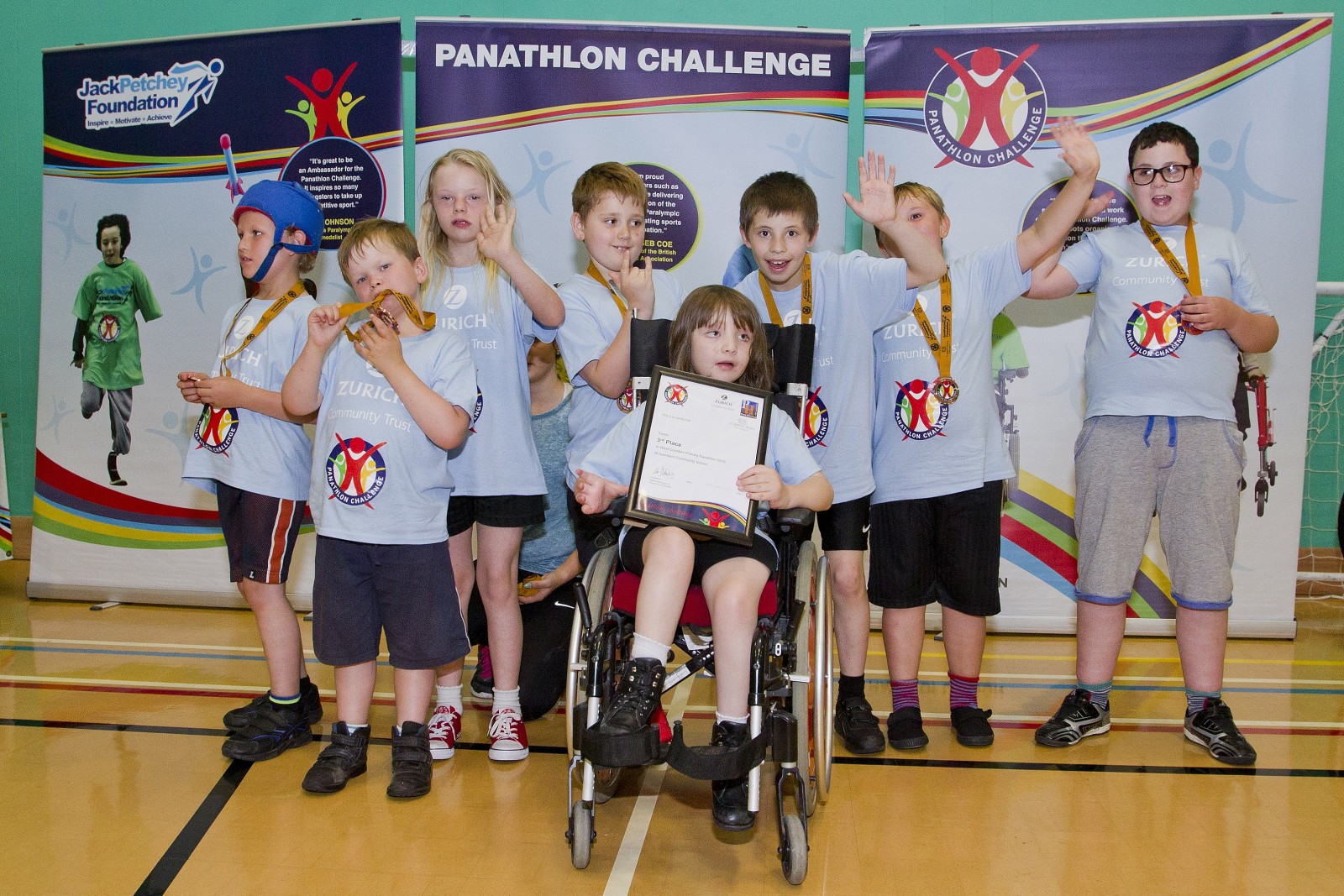 Primary school pupils from across Wiltshire and Gloucestershire came together in Swindon today for inaugural West Counties Primary Panathlon.

The first inter-county Panathlon competition to be held in West Country saw 48 children from five schools compete at Isambard College.

Two Gloucestershire schools – winners Hempsted and Cirencester’s Paternoster School – were selected for the regional competition from Gloucestershire’s Primary Panathlon programme, that involved almost 300 children across the county between February and June.

10 Isambard students ran the day as Panathlon young leaders, doing a superb job at officiating and supporting the competition, so a big thank you to them.

Special thanks also to the Zurich Community Trust for supporting the competition.

The overall results were as follows: