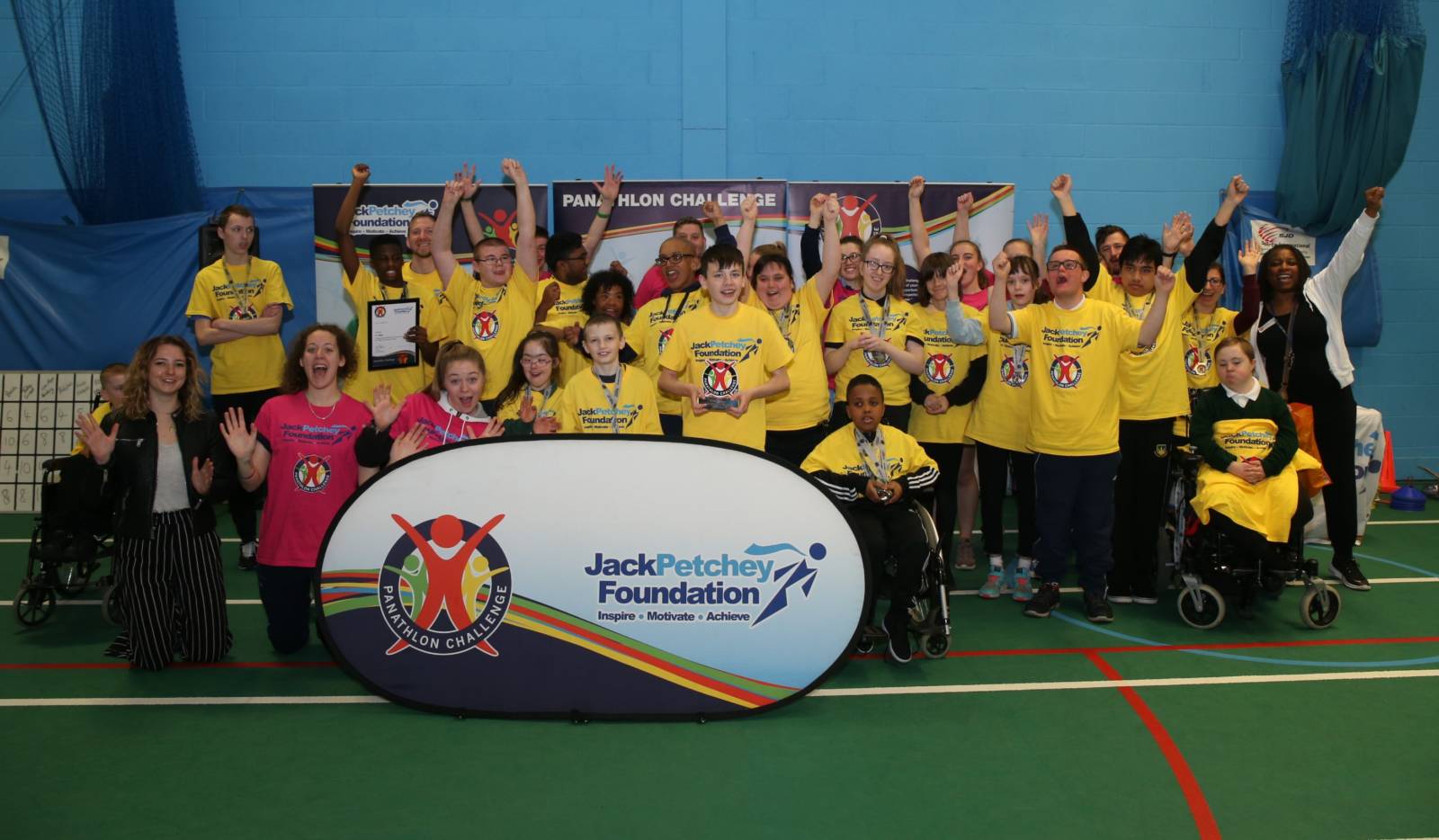 St. Mary’s University hosted the West London Multi-Sports Panathlon final on Monday (March 25) where a place in our prestigious London Final at the Copper Box Arena at stake.

The four teams who had qualified from round one in the Champions half of the draw were Ealing, Hillingdon, Sutton and Wandsworth, with only the winner going through to our showpiece final in June.

Sue Ferguson, Deputy Head from Sherwood Park School in Sutton, said: “Once again our pupils have had a fantastic competition! It’s such a pleasure to see the enjoyment on their faces and how their skills have improved over several years of practice and competition.

Panathlon enables all our pupils to shine, achieve and succeed, whatever their ability or disability. They look forward to their lunchtime Panathlon clubs every week where they practise their skills and develop their confidence. It’s great that children are rewarded at this competition. This is what makes Panathlon so special – everyone’s achievements are celebrated!” 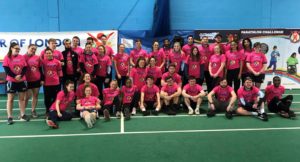 Our 38 Young Leaders on the day were from St. Mary’s University and are undertaking their degrees in Physical and Sport Education.

One of the students, Yusef, was a previous Young Leader at Featherstone High School in Ealing three years ago so came with much experience last year when he was also a leader in his first year at St. Mary’s.

He said: “It’s obvious that Panathlon boosts the confidence of the Young Leaders and shows them the importance of inclusion and enabling all children to shine once they have the right platform to enable them to do so.”

In the Plate competition, Hounslow, Merton and Sutton were also competing also for a place in the showpiece London Plate Final in the summer.

This was a very tight competition with the lead changing hands several times and it was Kingston who went into the lead after the morning sports with wins in table cricket, kurling and polybat.

However it was the team from Merton who pipped them to the post with a late run to the line with wins in the last two disciplines, athletics field and the races, which saw them win by a very close two-point margin. Hounslow weren’t far back in third with 46 points. See full results here. 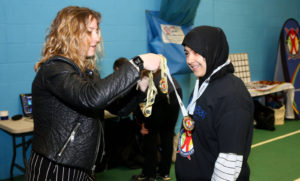 Harriette Tilliot (pictured right awarding medals) was visiting from the Jack Petchey Foundation. She said: “It is my first time at Panathlon and it is immediately obvious the impact it is having on those involved today. It is such a positive leaning environment where the children’s achievements are celebrated.”

We also had volunteer leaders from our friends at BlueBay Asset Management who have assisted at several events before.

Darren Clark said: “This is the second time I have volunteered and I think the Panathlon charity is brilliant. It is amazing how it is fully inclusive for all the children involved and you can see from their faces that they are having a fantastic experience and how it builds their self confidence.” 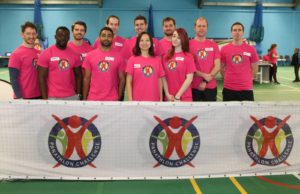 We look forward to welcoming Sutton and Merton to the London Final on June 12.

Thanks again to St. Mary’s University for hosting and providing our excellent Young Leaders and to our funders.