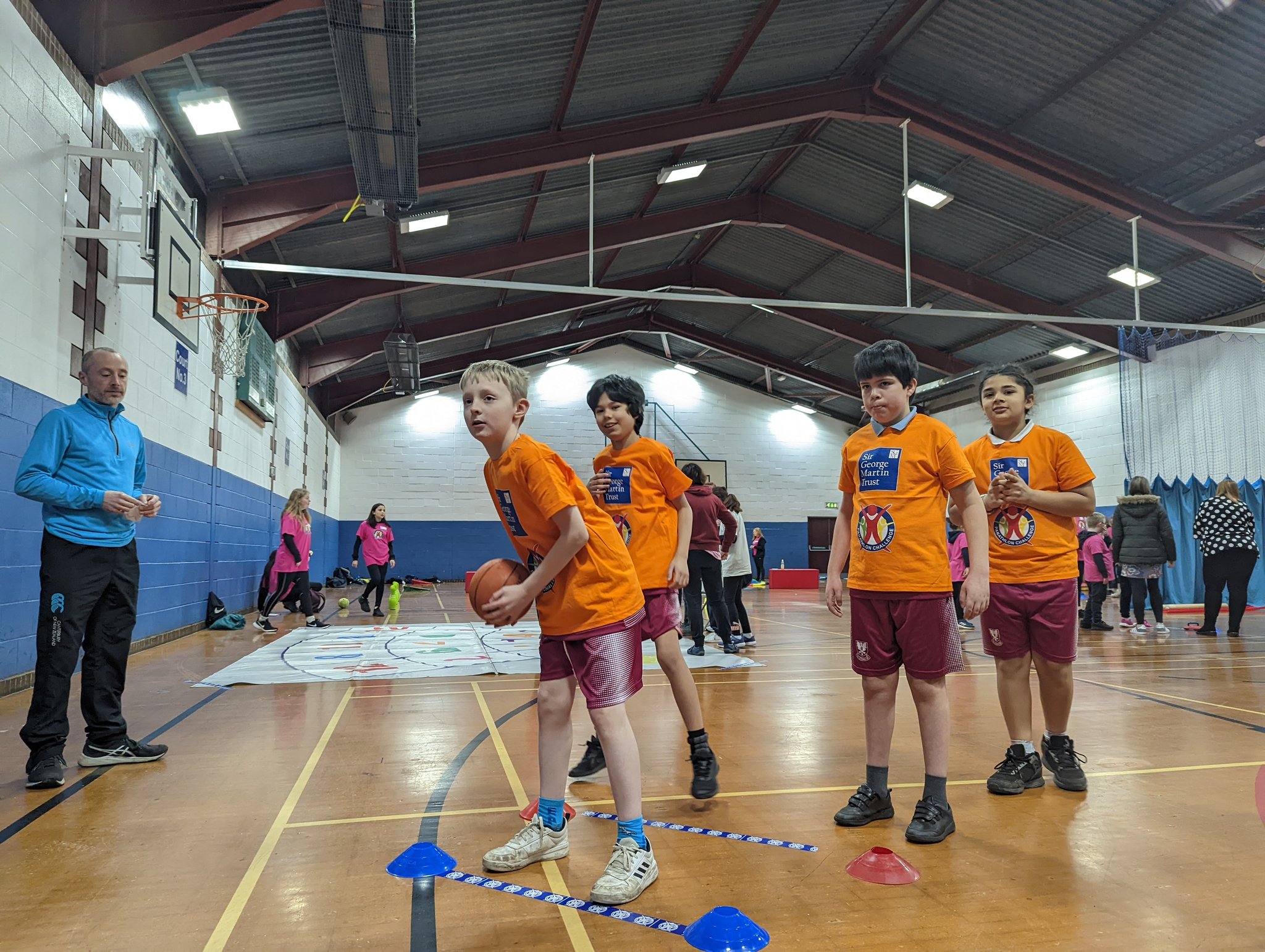 Panathlon’s week in West Yorkshire was a roaring success as SEND pupils in Bradford and Leeds benefited from a packed five days of primary- and secondary-age competitions.

Thirteen schools attended the West Bradford Primary Panathlon last Monday (February 14), before the remainder of the week saw primary events for schools in north-east, west and south Leeds organised in conjunction with Leeds Well Schools Partnership, plus a secondary ten-pin bowling competition. Panathlon is targeting city-wide inclusion as we emerge from the pandemic.

Paul Anderson, Strategic Lead for the Leeds Well Schools Partnership and South Leeds School Sport Partnership Manager, was delighted to have Panathlon‘s Event Manager Howard Nicholls back in the area after he had delivered in-school Virtual Panathlon events during the Covid-19 lockdowns.

“How Panathlon responded to the pandemic was extremely forward-thinking and they provided a resource which was hugely valuable,” said Paul. “Having activities to support children who were at home and those who were in school as children of key workers was priceless for teachers.

“I remember spending many hours in my garage with a video camera attempting to put together sessions for mainstream pupils, and it doesn’t take long before your resource bank is completely drained! Having those resources from Panathlon was so important for SEND pupils.”

As a result of the Virtual provision, some schools in Leeds were inspired to purchase boccia and new-age kurling equipment. Last week, many got the chance to experience face-to-face Panathlon for the first time.

“It has been absolutely amazing,” said Hannah Young, PE subject leader at Morley Victoria Primary School. “I will be trying my best to attend every single event like this from now onwards.

“Seeing their faces when they are achieving is so rewarding. In normal PE lessons, some of them wouldn’t be putting themselves forward to do anything, whereas here they all want to be first in the queue. It’s amazing to see them all come out of their shells.”

Hannah is the daughter of Jayne Young, who has done so much to establish Panathlon across Durham. It is fantastic to have mother and daughter supporting us in different areas of the country.

As the local School Games Organiser, Paul has an overview of Panathlon’s impact across schools in the city.

“The immediate impact is clear right here in front of us,” he said at last Friday’s South Leeds Primary Panathlon at Middleton Leisure Centre. “You can see the sense of achievement, pride and satisfaction the children have from representing their school in physical activity.

“Nine times out of 10, other sport offers that schools receive just get the same kids participating, so getting children with additional needs to go out and take part is fantastic.

“As for the longer-term effect, it’s massive for building their confidence. It also raises their profile amongst their peers back at school which feeds into their holistic development. When I go into schools, I love to see Panathlon certificates and trophies proudly displayed in the entrance hall. That’s something amazing for the community to see as well. It’s vital.”

Paul feels Panathlon offers the perfect balance of participation and competition for children at primary level; some may relish competition, whereas others find it intimidating depending on their confidence or particular additional needs.

“For some it’s about being the elite performer, for others it’s being the best you can be,” says Paul. “Here, everyone is being successful at a level that is appropriate for them. I love the way schools go around as a group so they are not competing against other teams face-to-face.

“There are gold, silver and bronze medals winners, but everyone comes away with a t-shirt, medal and certificate. The competition element is there, but it’s slightly under the radar, which at primary level with SEND pupils, I think is very appropriately pitched.

“They are hopefully finding something that will engage them in lifelong physical activity, but not being put off sport because the competition was too strict and they got knocked out early and went straight home.”

Pete McQuillen-Strong, head teacher of Holy Family Primary and St Phillip’s Primary, couldn’t resist coming along to watch pupils competing. He summed up the impact it has on individuals and the school environment.

“This is a day they will remember for the rest of their school days,” he said. “We went to a Panathlon event two years ago and the children were glowing for weeks after standing up in assembly with the trophy. It’s the sort of experience that can change their whole attitude to sport.

“These are children who wouldn’t readily get to come out to represent school. Probably the most powerful thing is when their peers see them return with medals around their neck. It makes other children who might usually be a little bit reticent think that there’s something out there for them too. There’s a definite trickle-down effect.”

The positive impact is felt not just by the young Panathletes, but by the Young Leaders too. Pupils from Rodillian School in nearby Wakefield officiated and guided participants at last Friday’s event in Middleton. They were monitored by Jake Duxbury, who delivers the Sports Leaders Level 2 programme in school.

“So far, they have only ever worked with each other or their peers in school,” Jake explained. “Here, we are seeing them come out of their shell more than we have ever seen before. It’s not just about delivering a session, it’s about making a difference to other people as well.

“Watching them adapt their delivery as they go has been brilliant. This will give them self-belief and self-management skills which will build their confidence and feed into other subjects as well.”

Panathlon’s next target in West Yorkshire is to add to the competitive pathway by staging a County Finals day so existing opportunities in Calderdale, Bradford and Leeds can lead into the next level of competition.

Panathlon’s Chief Operating Officer, Tony Waymouth, commented: “Virtual Panathlon laid the foundations for our current growth in Leeds by spreading the word amongst schools about the quality our specialist SEND provision. We thank Paul and Charlie, and Steve Painter in Bradford, for their sterling efforts in promoting and staging activity. Panathlon’s growth in West Yorkshire is hugely rewarding to see.”

Panathlon extends its thanks to the Sir George Martin Trust for making our events in Leeds a reality, as well as the Leeds Well Schools Partnership and West Bradford School Games for a magnificent week of competitions in West Yorkshire.